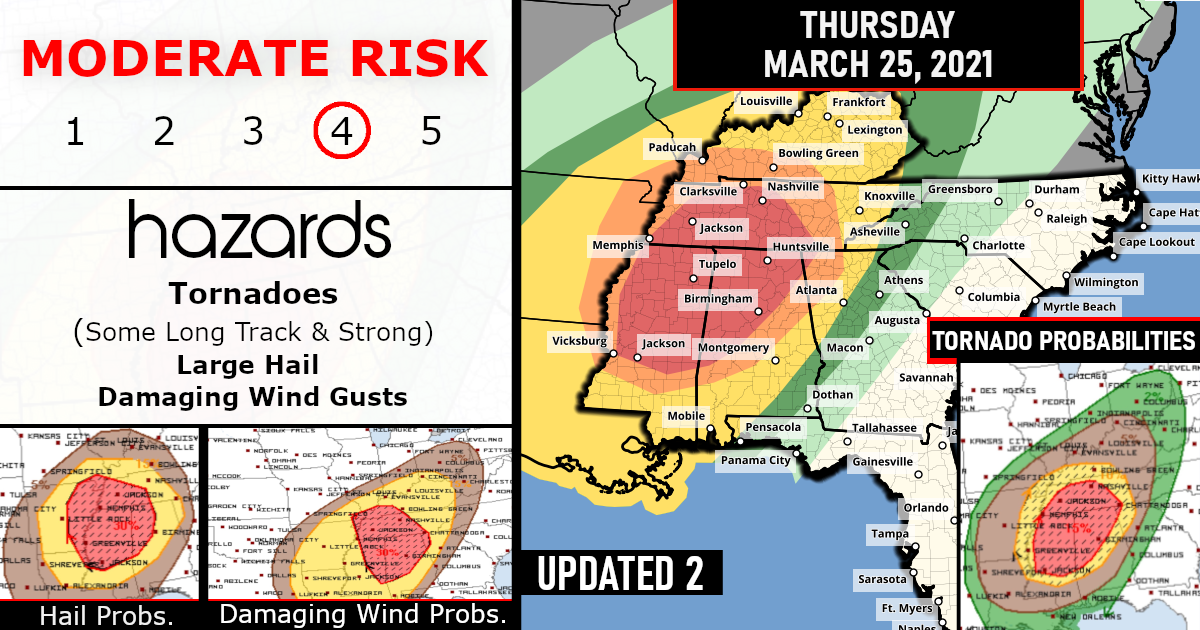 An outbreak of severe storms including several long-track strong tornadoes, large hail, and damaging wind will exist Thursday into Thursday evening across a portion of the lower Mississippi Valley and Southeast States!

“Given the very favorable environment forecast across this region and the potential for numerous supercells, an upgrade to High Risk for multiple strong to potentially violent, long-track tornadoes may be needed in a later outlook update.”

All the following graphics below have been updated to reflect the Moderate Risk expansion!! 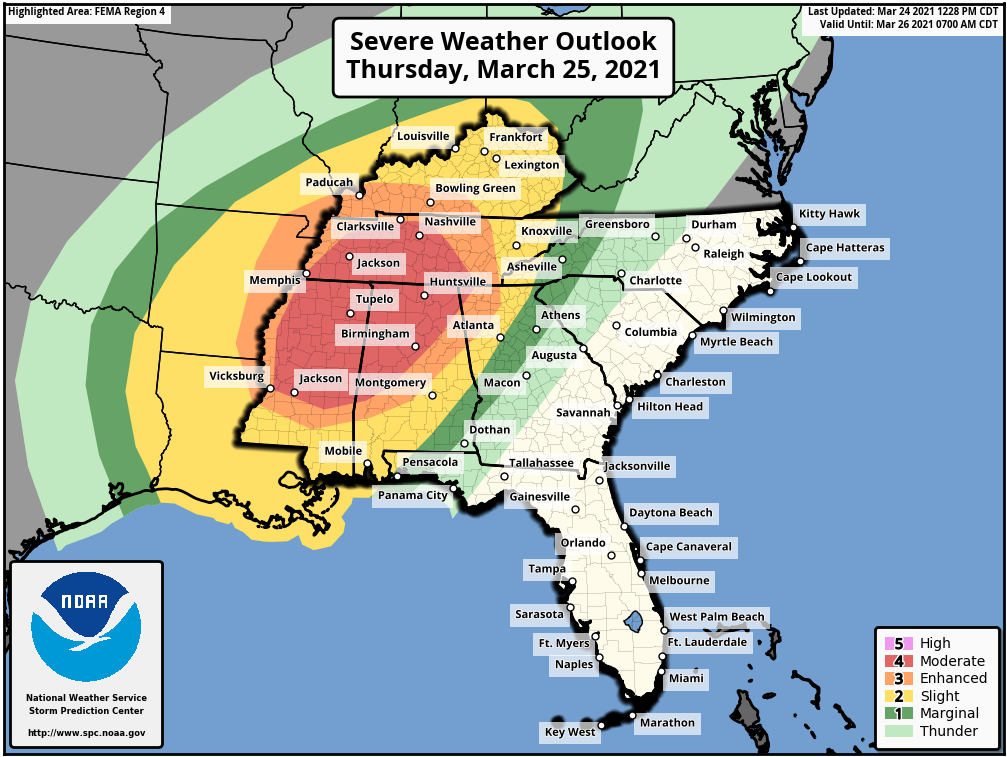 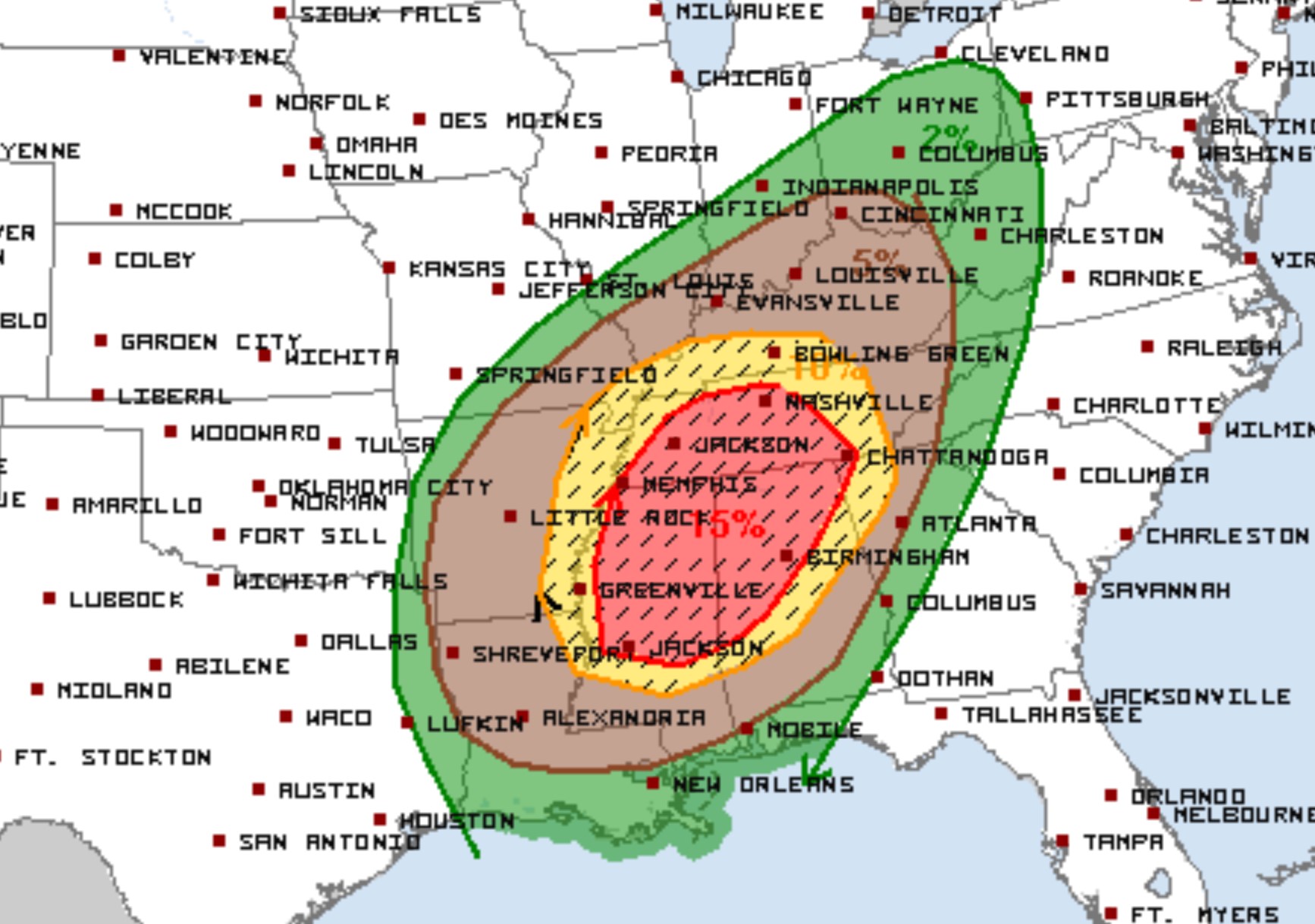 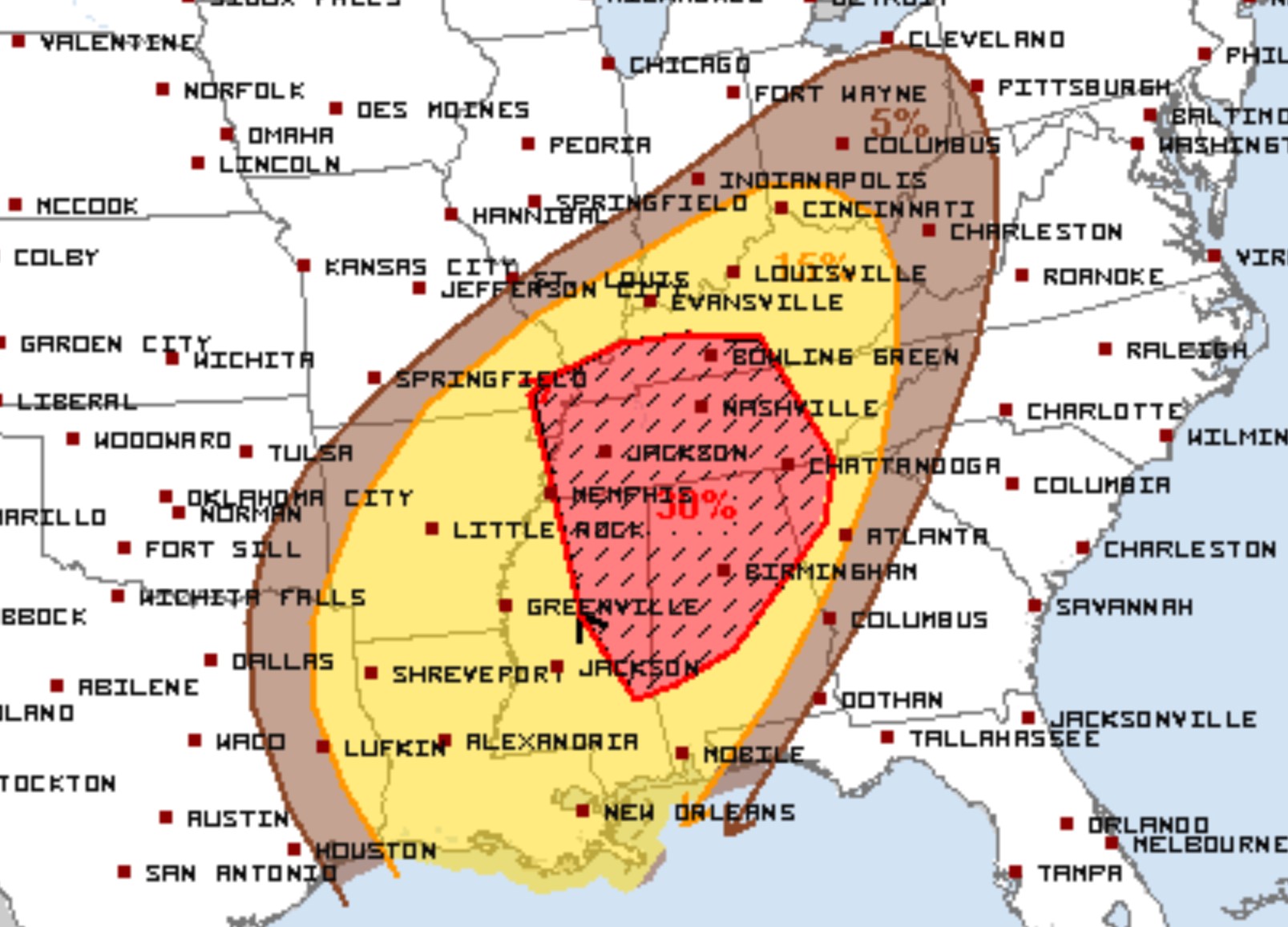 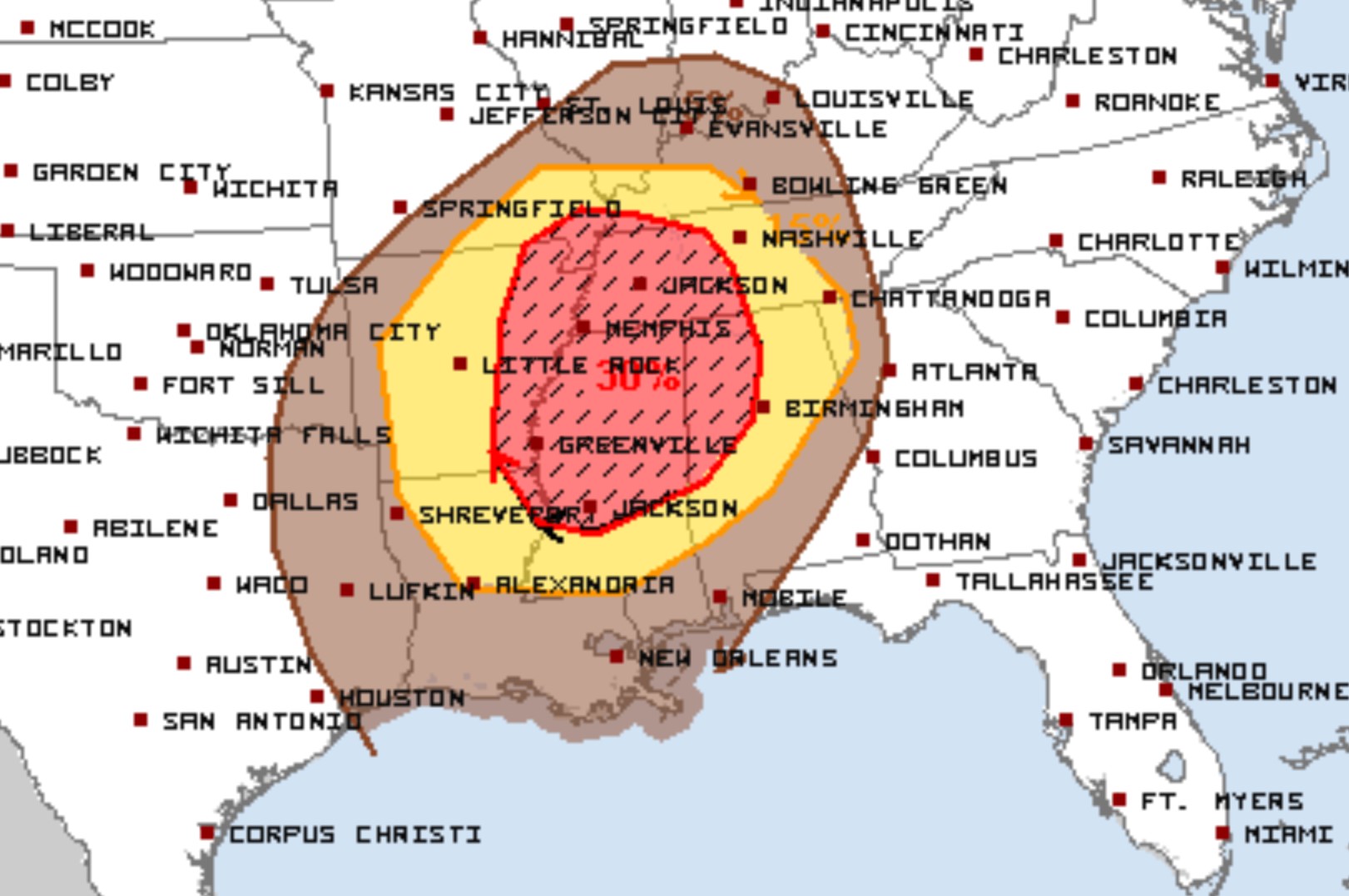 Supercell thunderstorms could pose a threat of long-track strong tornadoes as well as large hail and damaging winds, especially from northern and central Mississippi into central Alabama and a portion of western and middle Tennessee.

That’s where NOAA’s Storm Prediction Center says there is a “moderate”, or a level 4 out of 5, risk of severe storms. Jackson and Tupelo, Mississippi, Birmingham and Huntsville, Alabama, and Memphis, Tennessee, are some of the cities in this threat area. 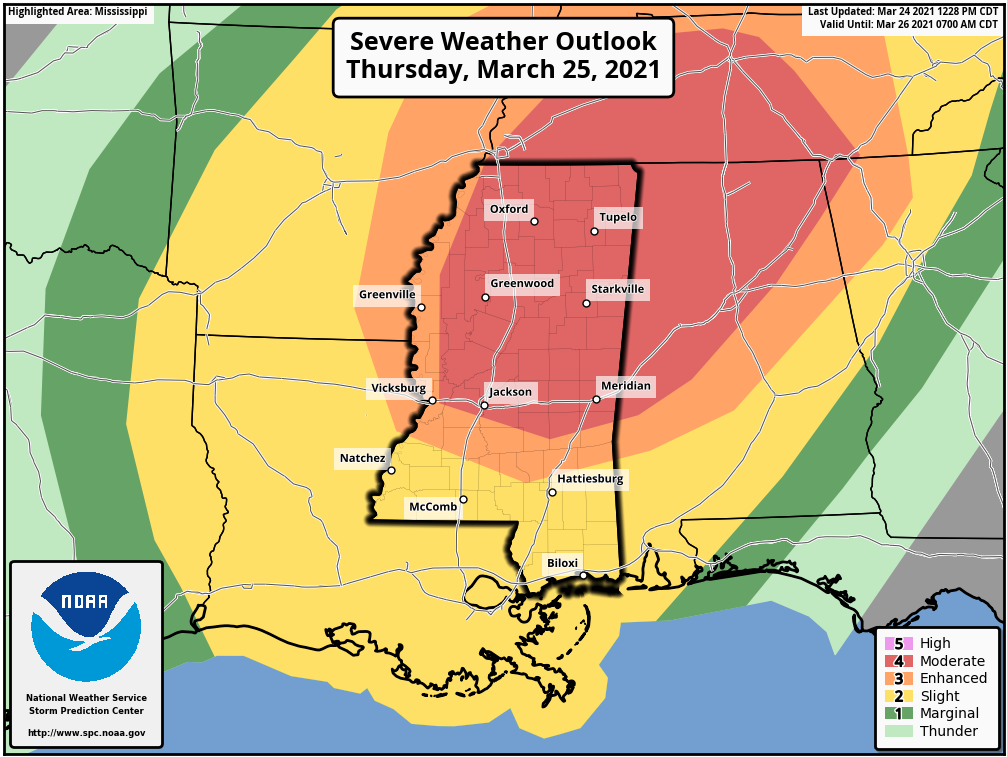 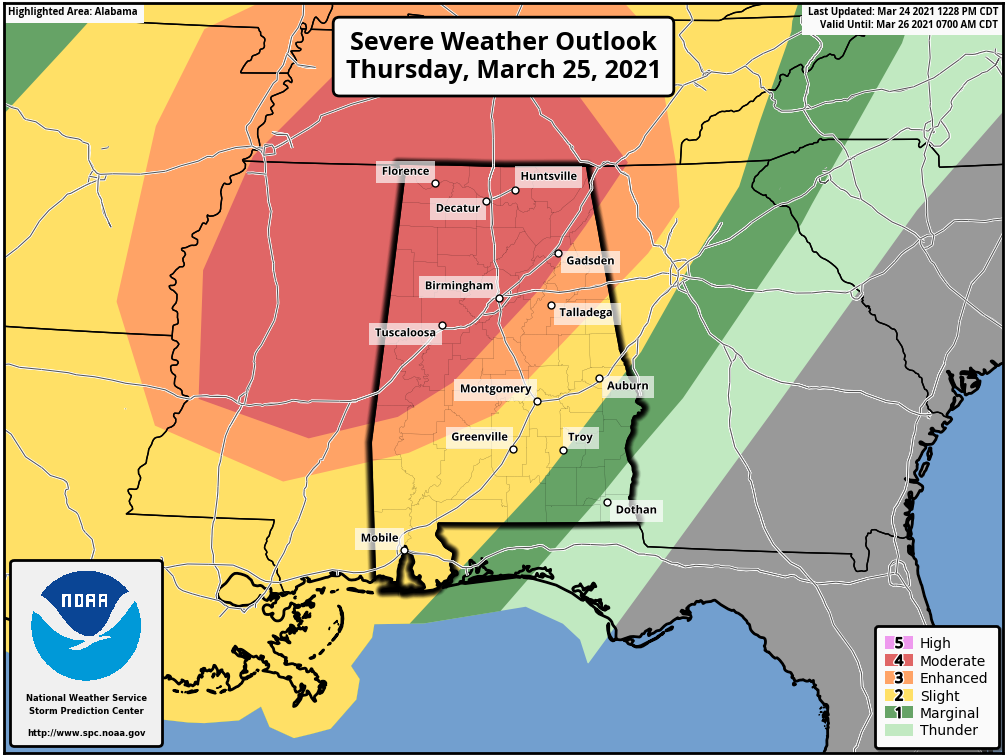 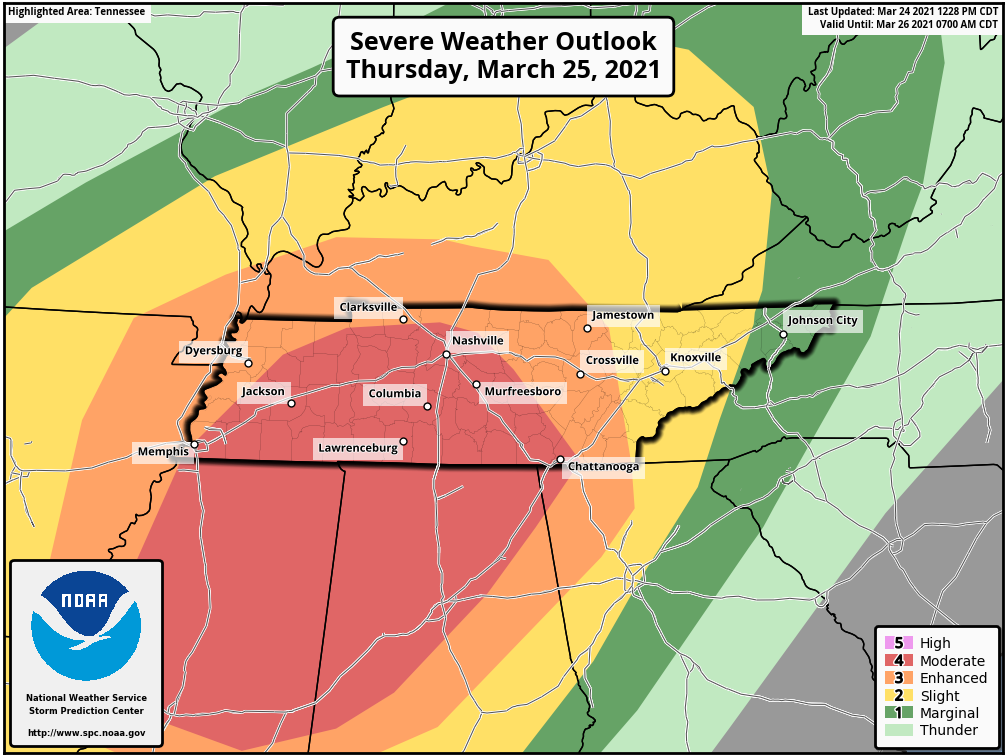 At least some severe storms are also possible in a broader area shaded red in the map below from eastern Texas, Arkansas and Louisiana to possibly as far north and east as the Ohio Valley, eastern Tennessee and northwest Georgia.

Damaging winds, hail and some tornadoes are possible threats. 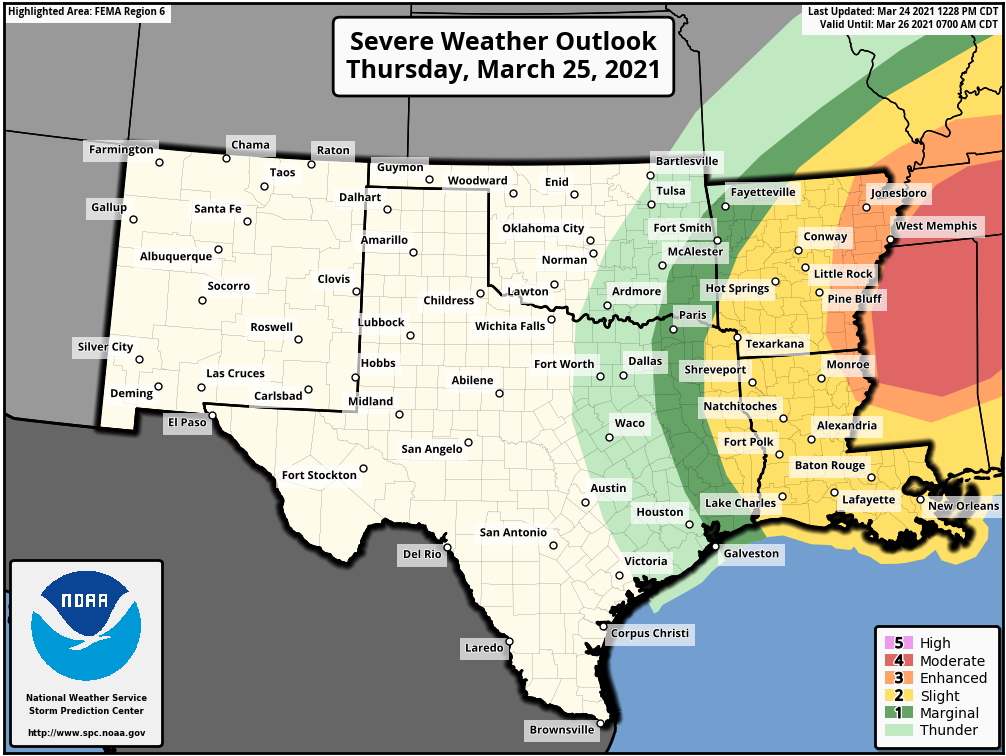 Some areas in the South could see multi-inch rainfall totals through Friday, particularly from the central Gulf Coast into parts of Mississippi, Alabama, Tennessee and Kentucky.

The area with the greatest potential to see at least localized flash flooding through early Thursday is along the central Gulf Coast, from southeast Louisiana into southern Mississippi and southern Alabama. 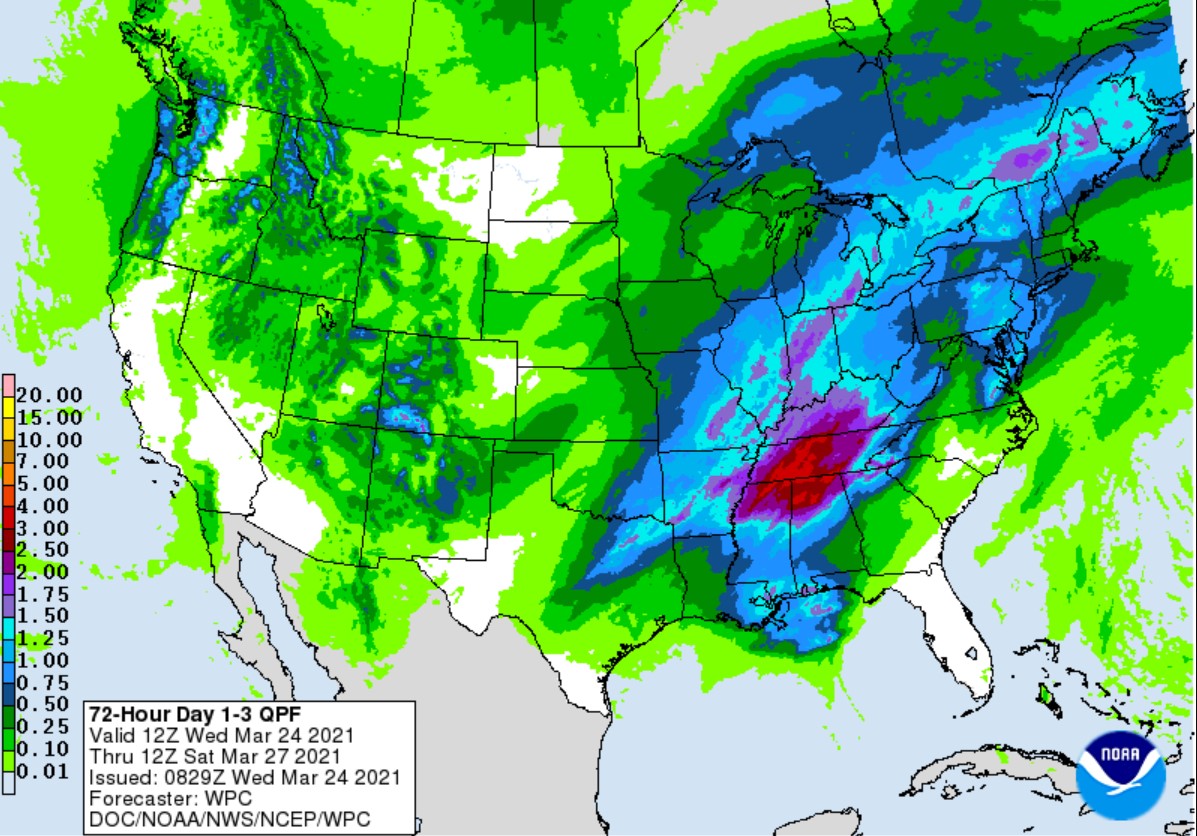