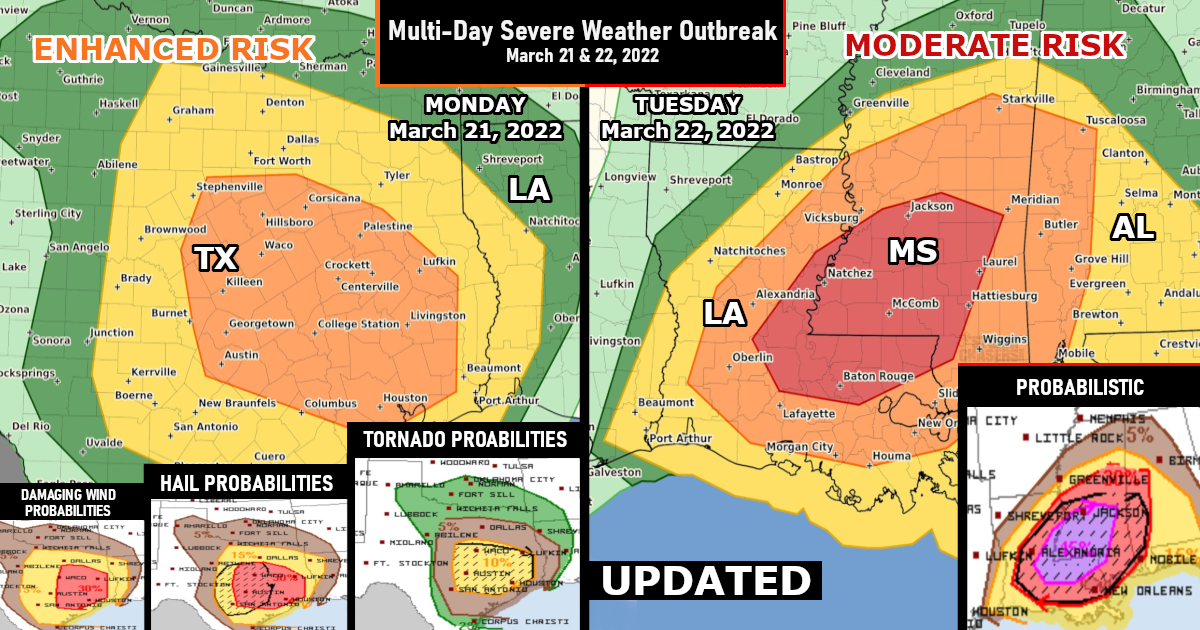 Severe Weather Multi-Day Outbreak Including Strong/Significant Tornadoes
An Enhanced Risk is issued for Monday, March 21, 2022, & A Moderate Risk is Issued for Tuesday, March 22, 2022Concerning the Enhance Risk Issued For Monday including a few strong tornadoes… 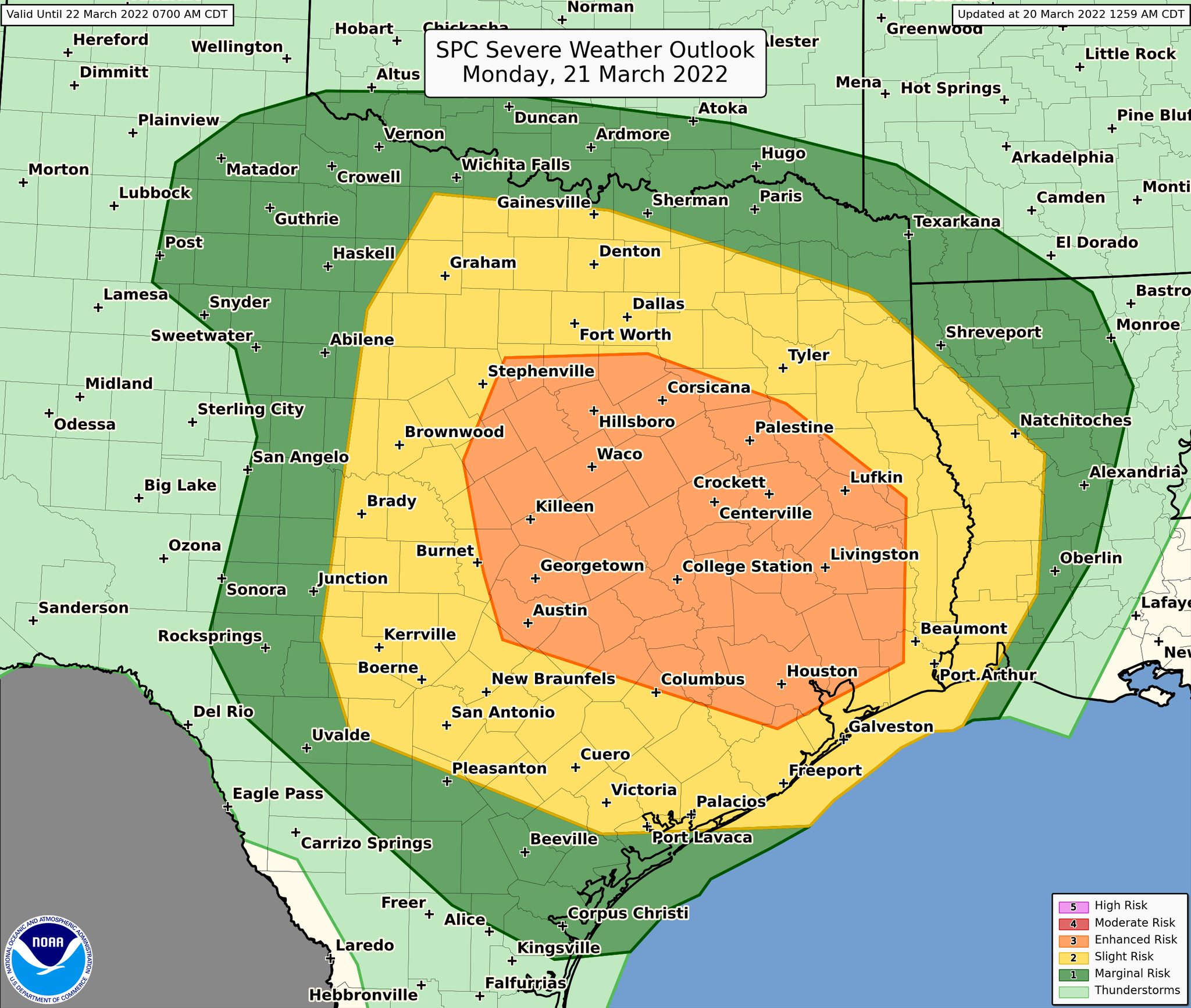 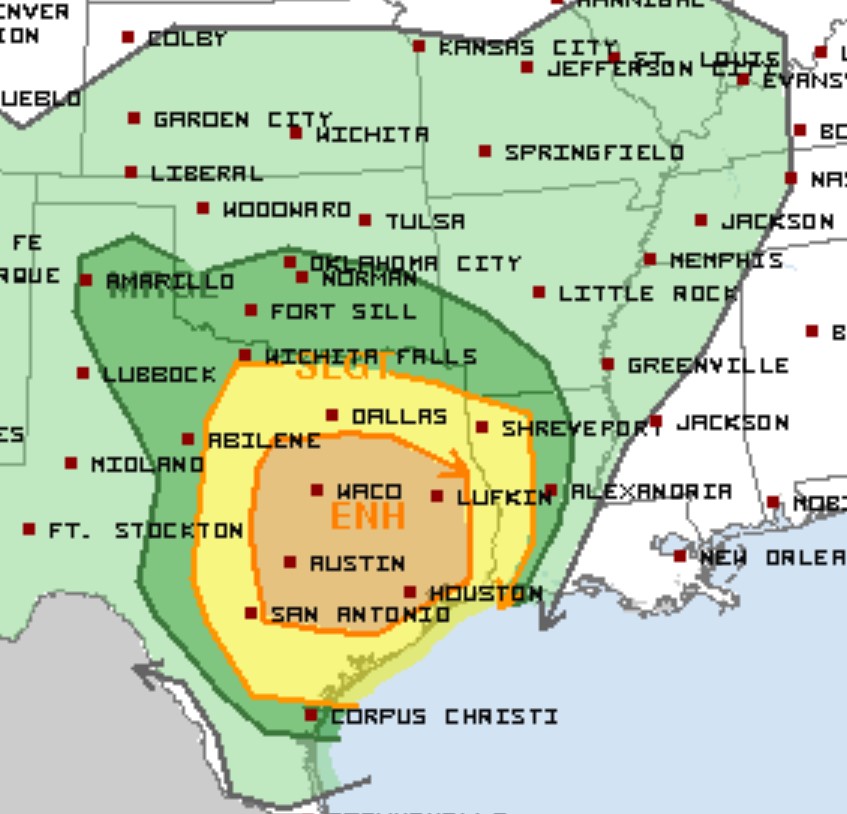 Large hail is expected with the initial dryline storms, along with the potential for locally damaging winds. 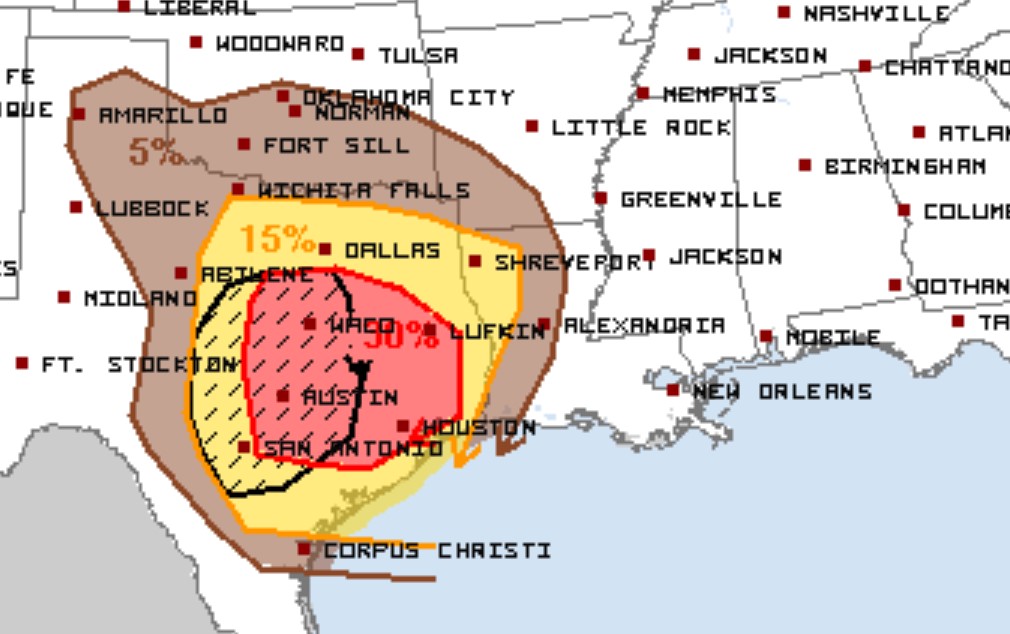 Tornado potential is forecast to increase into the evening and overnight, as convection moves eastward across Texas 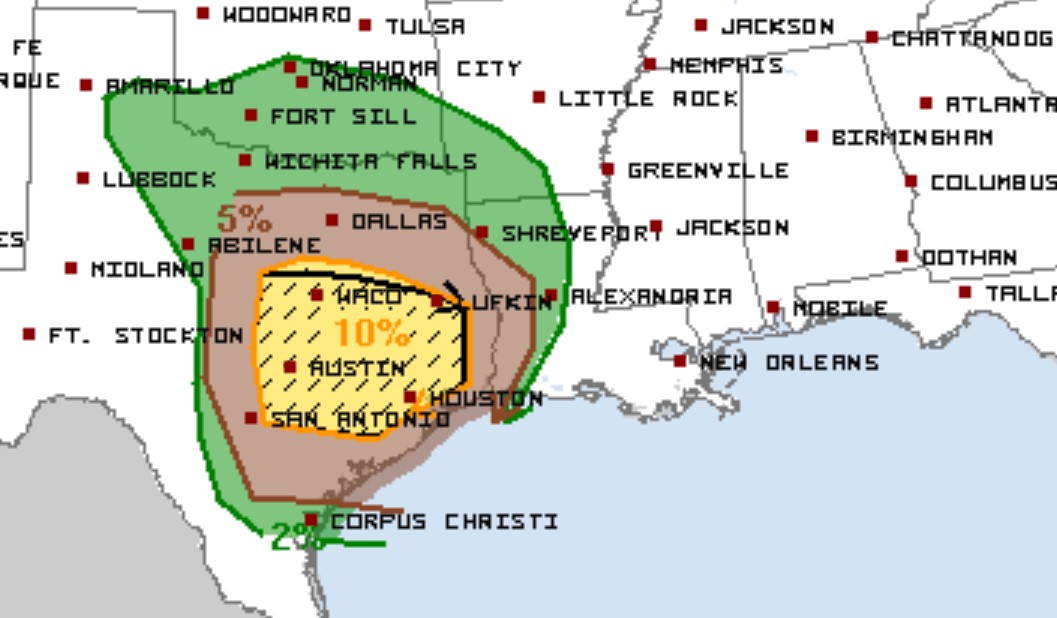 A few strong tornadoes will be possible through the evening and into the overnight hours. 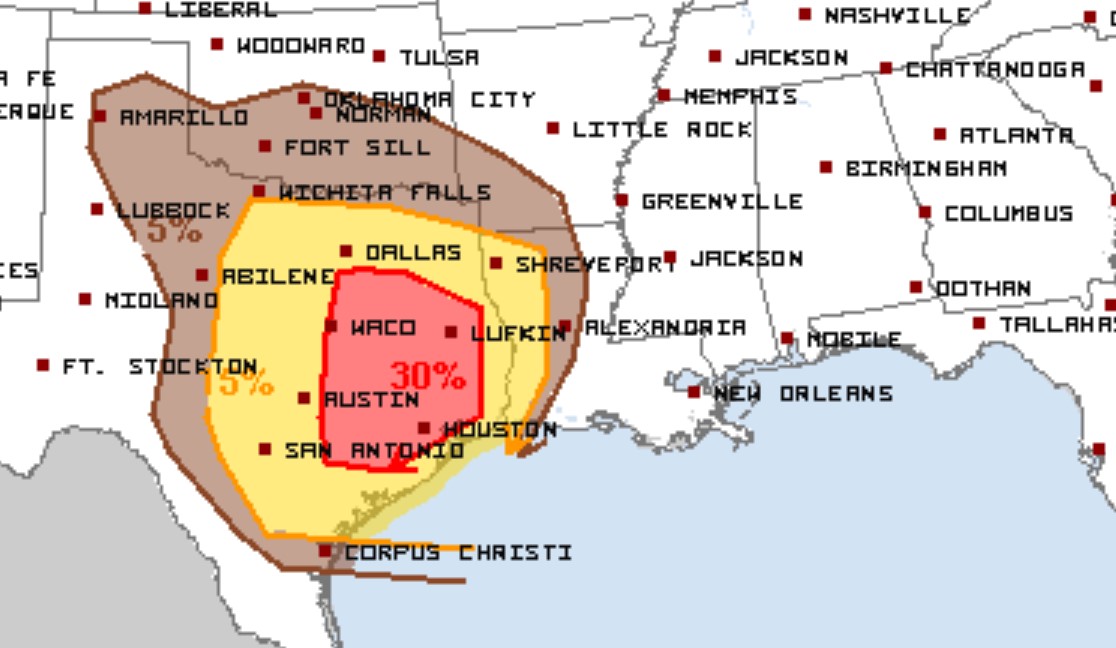 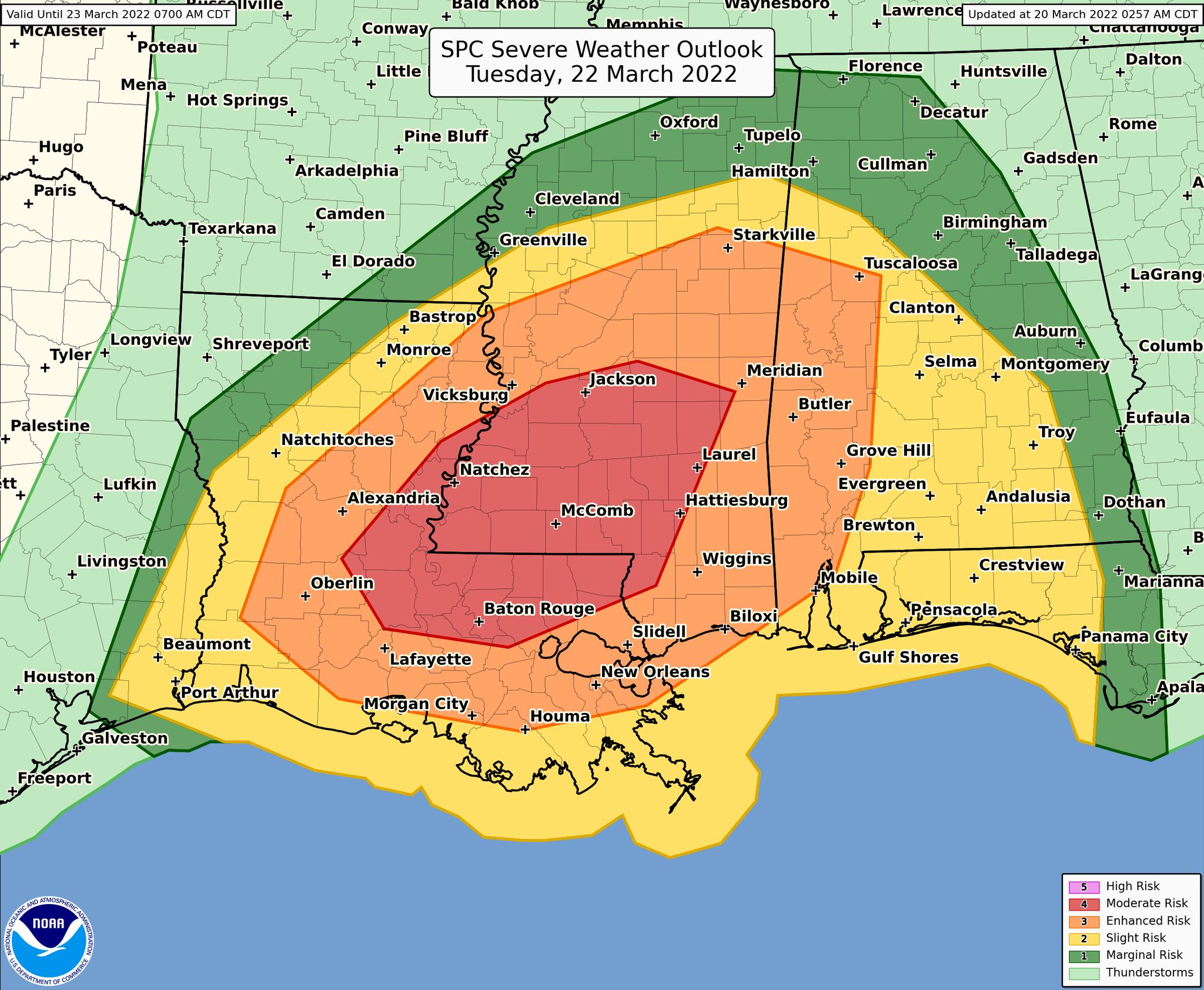 A regional severe-weather outbreak — including potential for several tornadoes (a few potentially significant) remains evident for Tuesday. Severe storms — including tornado risk — will likely be ongoing at the start of the period across the Sabine River Valley area of east Texas/western Louisiana!

The potential for strong tornadoes will exist with the evolving supercell storms ahead of the progressing front – tornadoes (along with damaging winds and hail) will be likely with storms shifting eastward in tandem with the cold front. 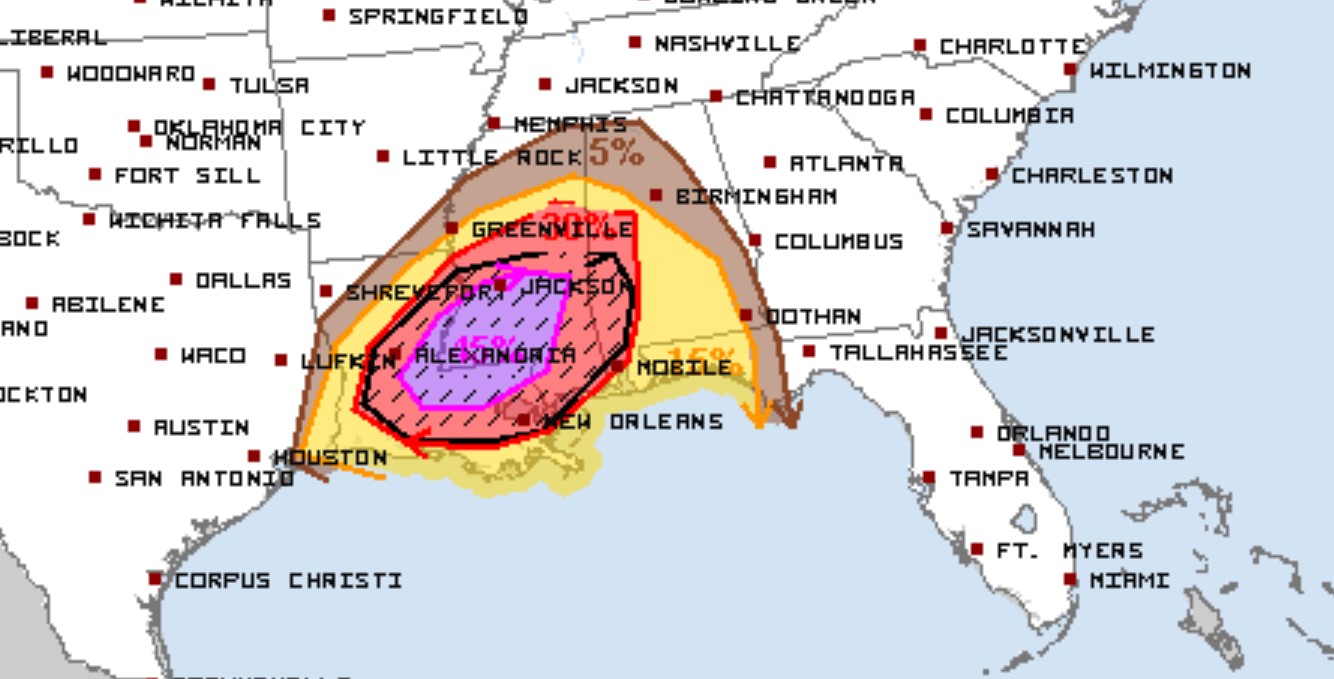 Into the evening and overnight Tuesday, severe risk — including potential for tornadoes and damaging winds — will continue.

While diminishing somewhat later in the period, the threat will likely spread across southern Alabama and into the Florida Panhandle into Wednesday!