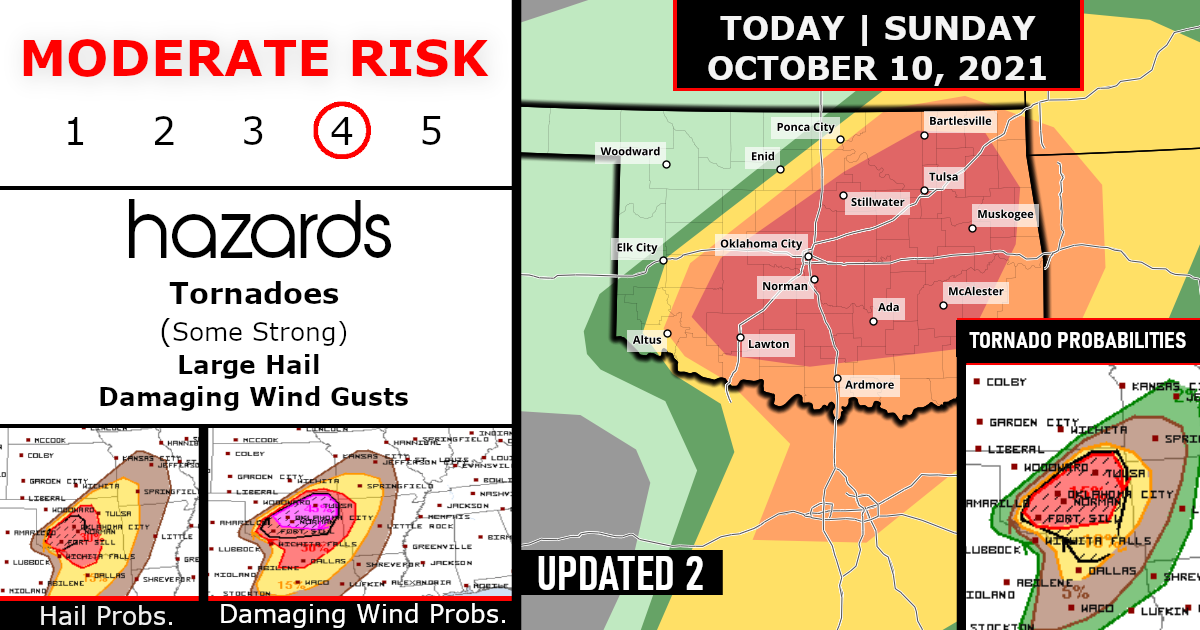 Major Severe Weather Outbreak Today – October 10, 2021 – All modes of severe weather forecasted! (This is the latest graphics as of 12pm ct)

Severe Weather Outbreak Risk has INCREASED – Tornadoes, large hail and damaging winds are all threats from central and eastern Oklahoma and northern Texas into western Arkansas and southwest Missouri. Some tornadoes could be strong.

NOAA’s Storm Prediction Center has issued its second-highest threat level for severe weather over parts of central and eastern Oklahoma.

This is where the potential for tornadoes is highest late Sunday. 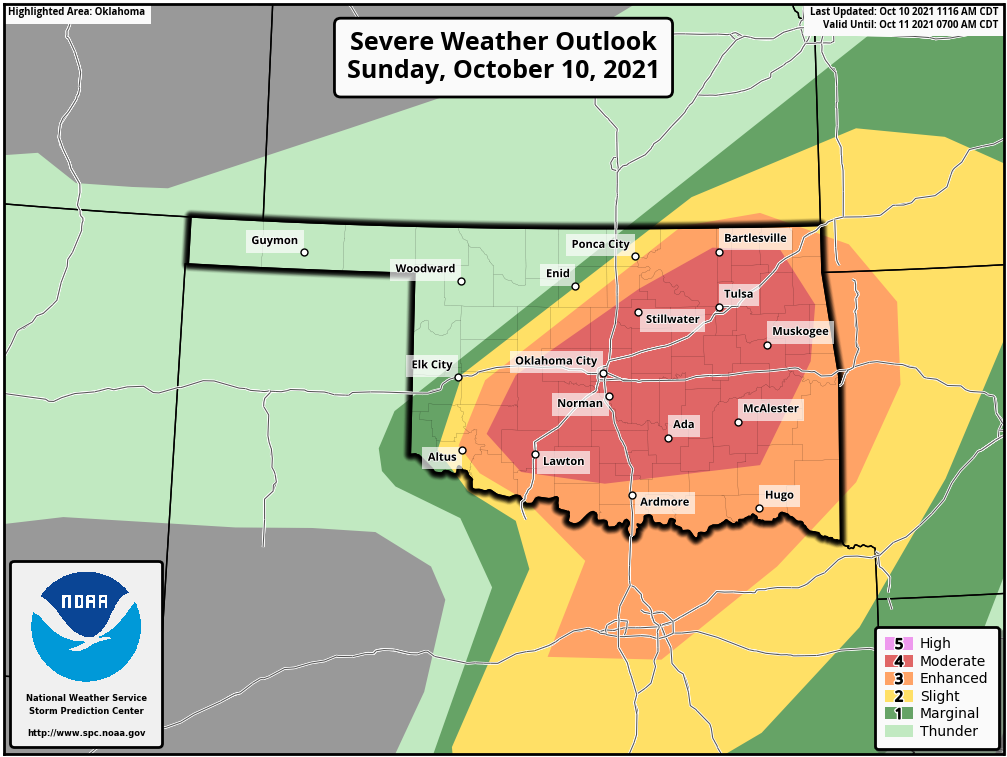 Taking a further look per the CWA for Oklahoma… 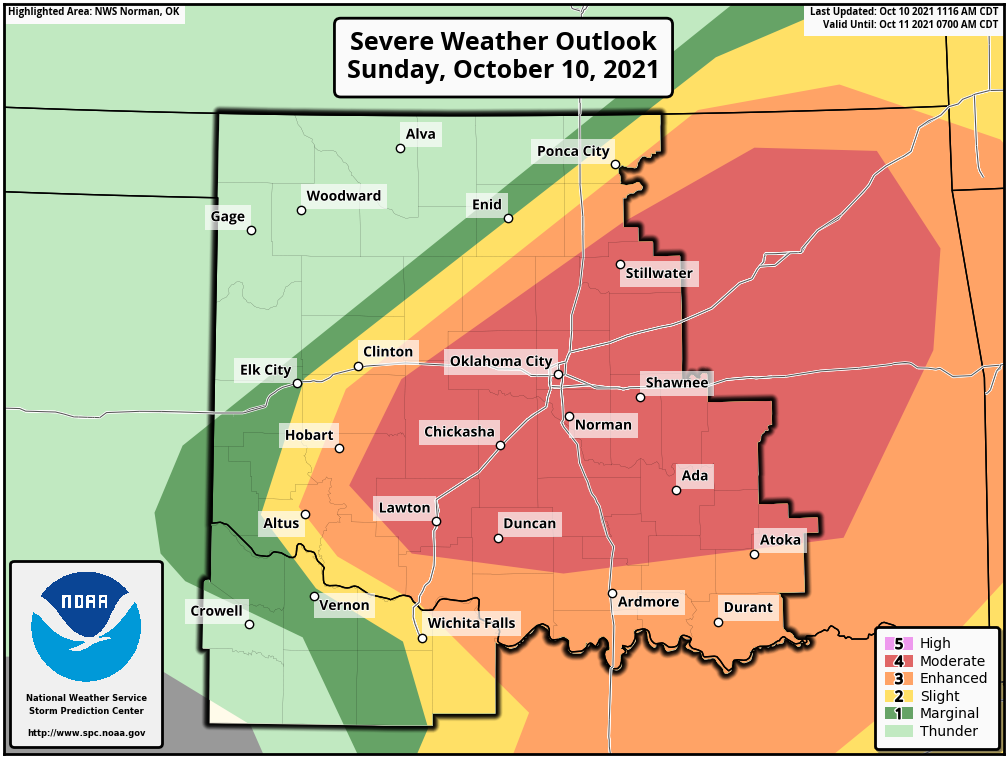 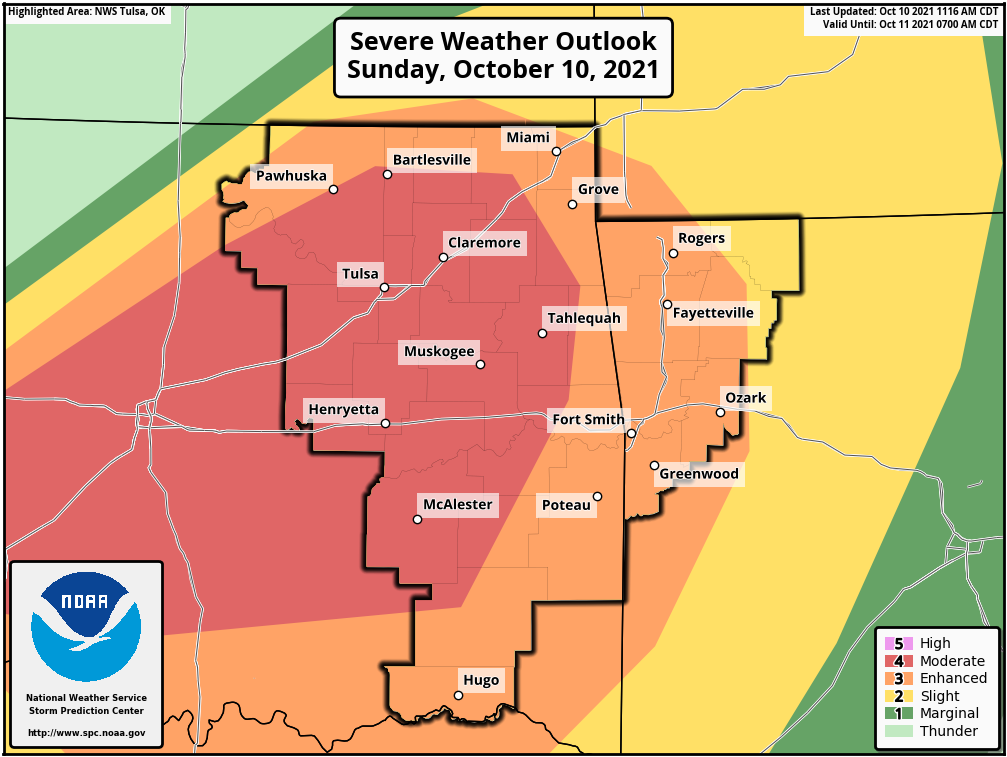 An intense and fast-moving shortwave trough over western NM will pivot into the southern Plains this afternoon.

Ahead of this trough, a surface low is forecast to rapidly deepen over western North TX and track northeastward into central OK this evening. Strong and strengthening low-level wind fields in the warm sector of the low will transport Gulf moisture northward, with dewpoints in the mid-upper 60s expected across the region. A combination of ample sunshine and slowing cooling mid-level temperatures will yield MLCAPE values around 2000 J/kg by peak heating, with a slowly weakening cap.

Current indications are that storms will begin to rapidly intensify after 21z near the surface low in southwest OK. Some of this activity will be north of the associated cold front, with a primary risk of large hail.

However, morning CAM solutions continue to suggest that discrete supercell development is possible near the low and along the trailing dryline.

These storms will be in an environment of rapidly strengthening low/mid level wind fields and vertical shear, steep lapse rates, and intense large-scale forcing. Forecast soundings/hodographs in the warm sector would favor the potential for strong tornadoes, very large hail, and significant damaging winds as storms track across central OK – mainly after dark. Storms will become more numerous as they race northeastward into eastern OK during the evening.

A few discrete supercells may persist, along with an increasing threat of QLCS-associated wind damage and tornadoes. 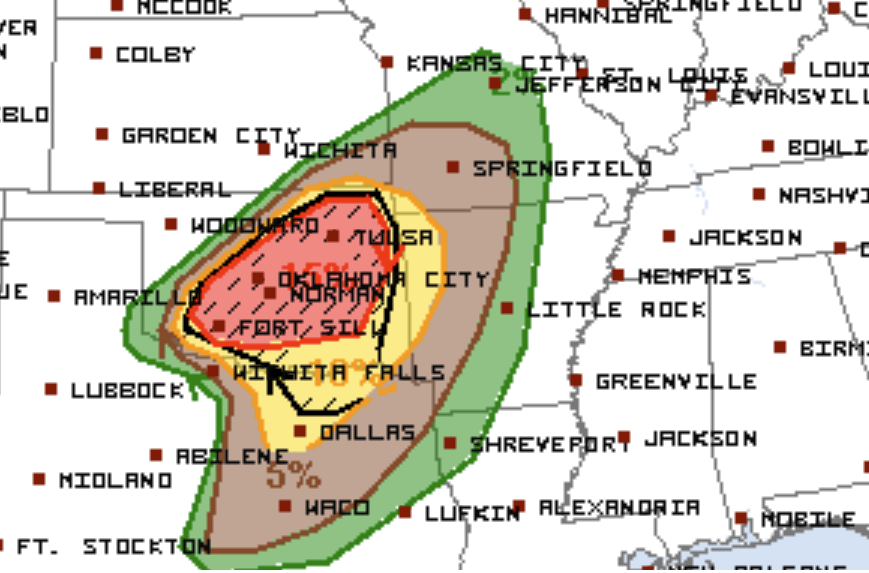 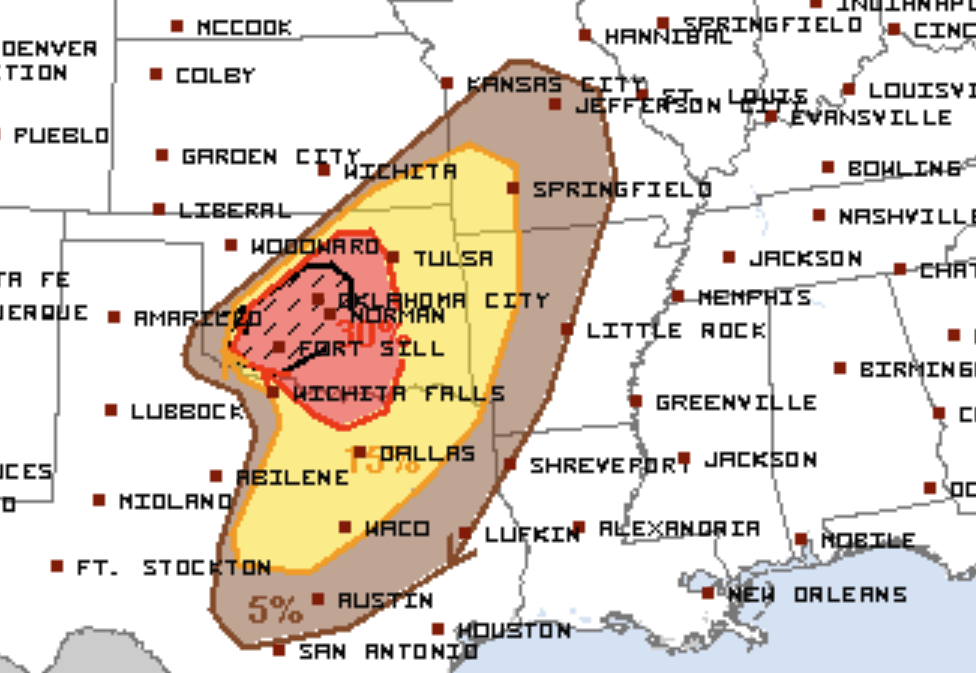 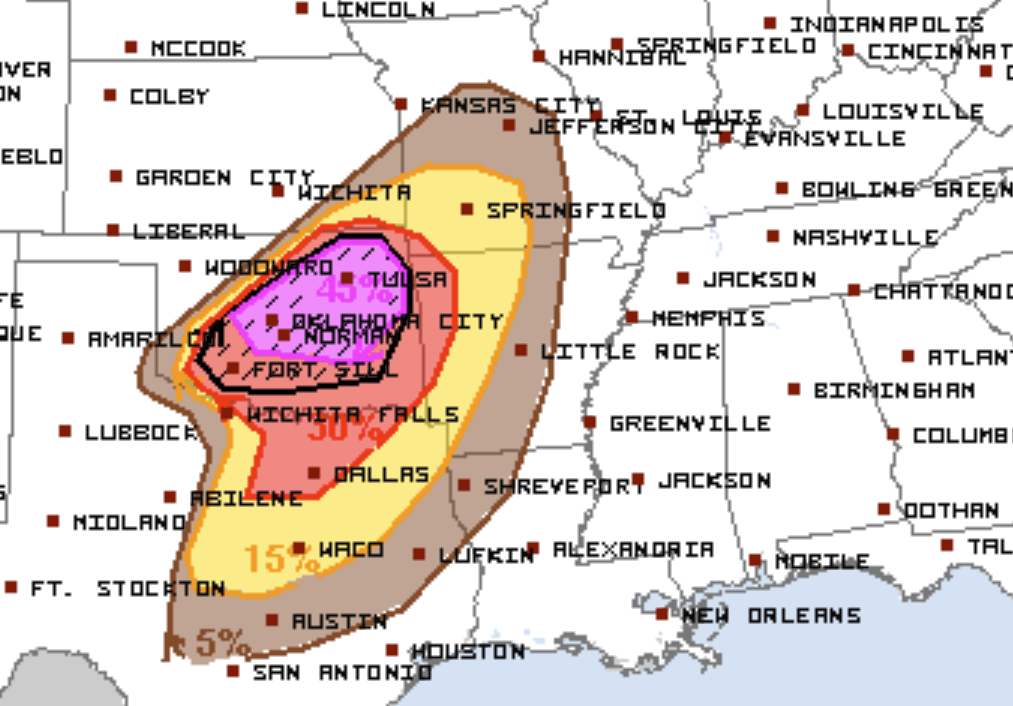 A large portion of the population sleeps during the overnight hours, so it is important that people at risk to get severe weather have multiple ways to receive potentially life-saving weather alerts in order to find shelter in a moment’s notice.