Moderate risk issued for Strong to Intense Tornadoes, Widespread Damaging Winds that at times could be Hurricane Force with Very Large Hail to the size of Baseballs!

Portions of west-central/north-central Iowa have been upgraded to a Categorical Moderate Risk, with a somewhat focused potential for tornadoes along with large hail and damaging winds expected late this afternoon and evening!
Potentially intense thunderstorm development is expected by the late afternoon across eastern Nebraska/northwest Iowa/southeast Minnesota!
Any discrete supercells that develop within this prime environment will be capable of all severe hazards, including the potential for strong tornadoes and very large hail.
Later this evening, more widespread/southward expanding convection is expected resulting in an increasing damaging wind threat. Damaging winds aside, a tornado threat will also exist with any embedded circulations within the line of storms.
Overall storm intensity will tend to diminish by early in the overnight.
Severe Weather 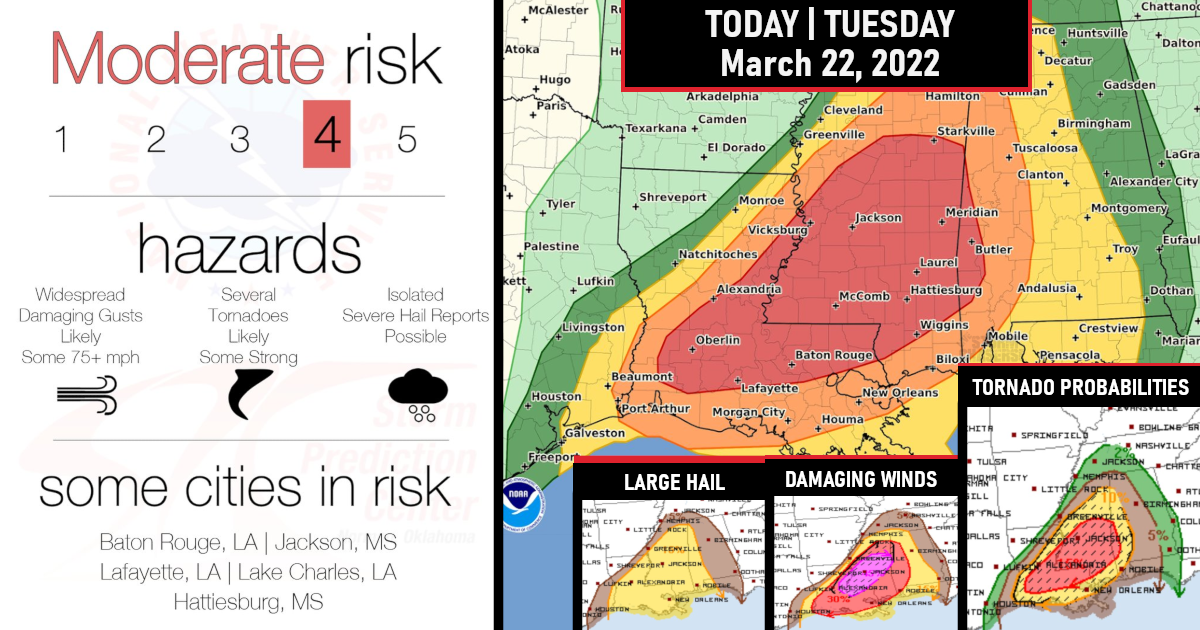