Classic Tornado Outbreak is expected to unfold later today across the lower/mid-Mississippi Valley!
This threat does extend northward into the Midwest and lower Ohio Valley.

The severe threat is expected to develop early in the day, and ramp up quickly during the mid to late morning as destabilization occurs.

A level 4 of 5 – Moderate Risk – has been issued for today’s severe weather! 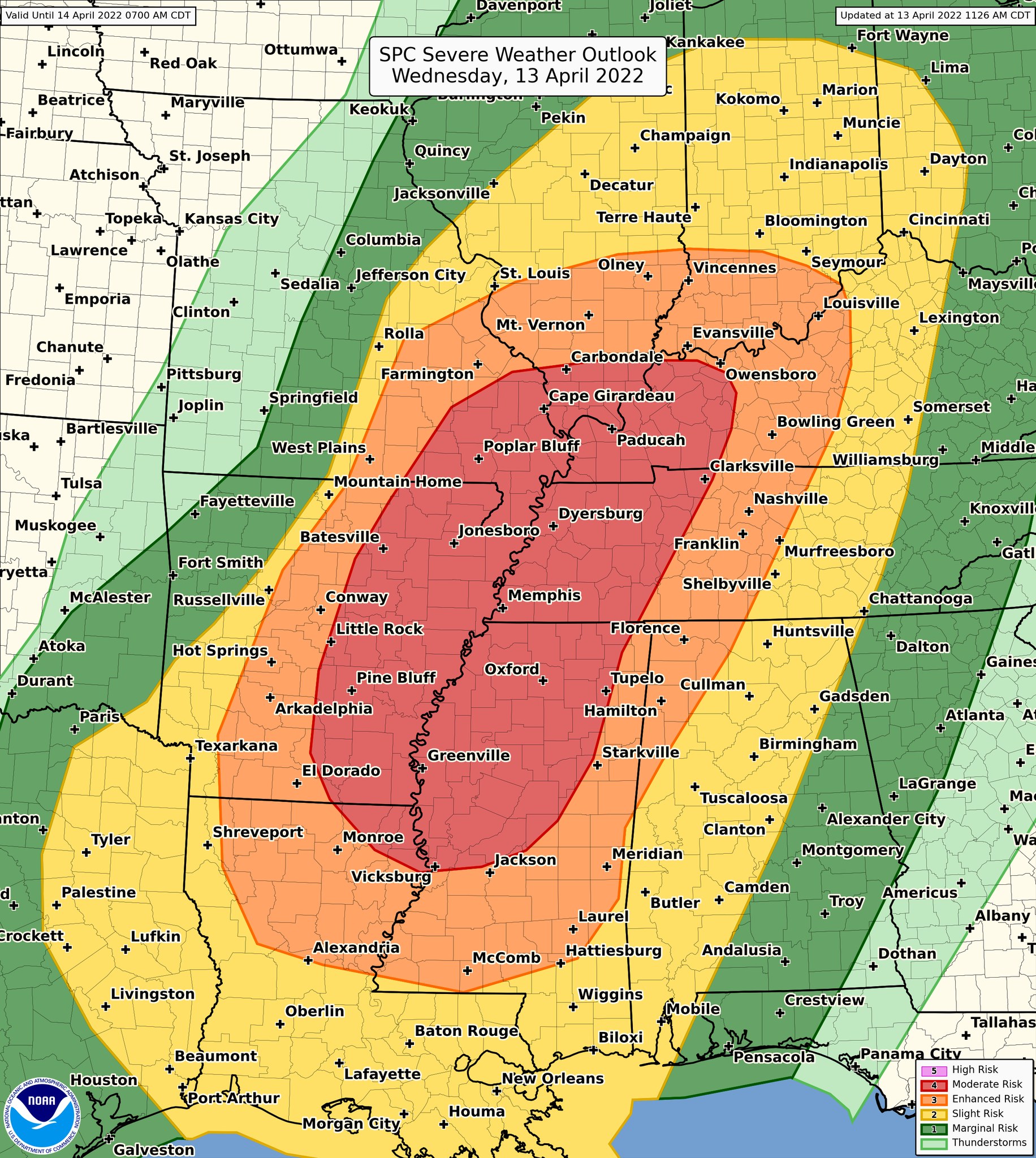 Forecast soundings across eastern Arkansas into far southeast Missouri show loaded gun soundings with a shallow capping – This should be very favorable for supercells and tornadoes.

Discrete supercells ahead of the approaching squall-line should have the potential for long-track strong tornadoes.

During the mid-afternoon across eastern Arkansas, northwest Mississippi and far western Tennessee, there will be a chance for an EF3+ tornado, associated with the most dominating storm that occurs. 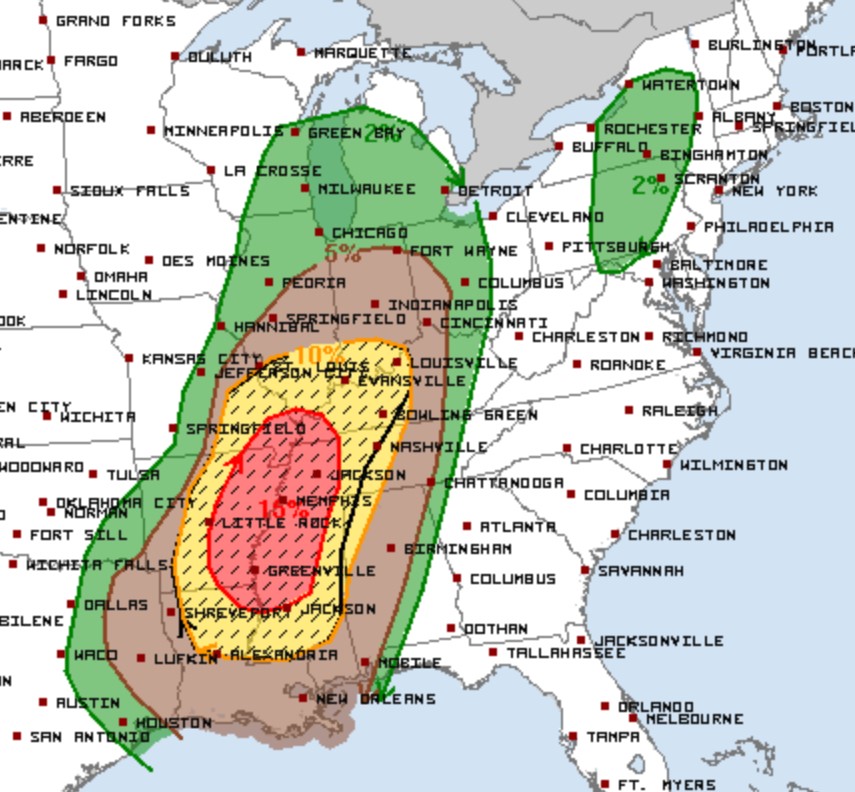 As the squall-line further west organizes and intensifies, widespread damaging wind gusts will become likely during the early afternoon.

Some wind gusts of over 75+ mph may occur with the more intense and faster-moving parts of the line. 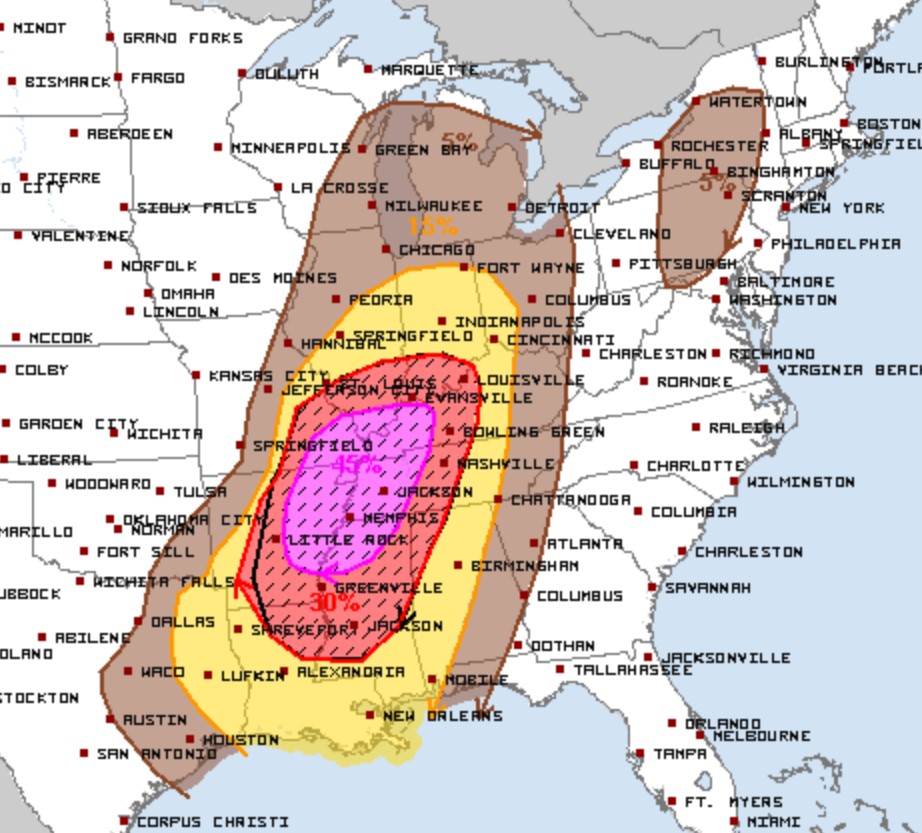 Supercells will also be capable of large hail and damaging wind gusts. Hailstones of 2 inches in diameter will be possible with the more intense supercells. 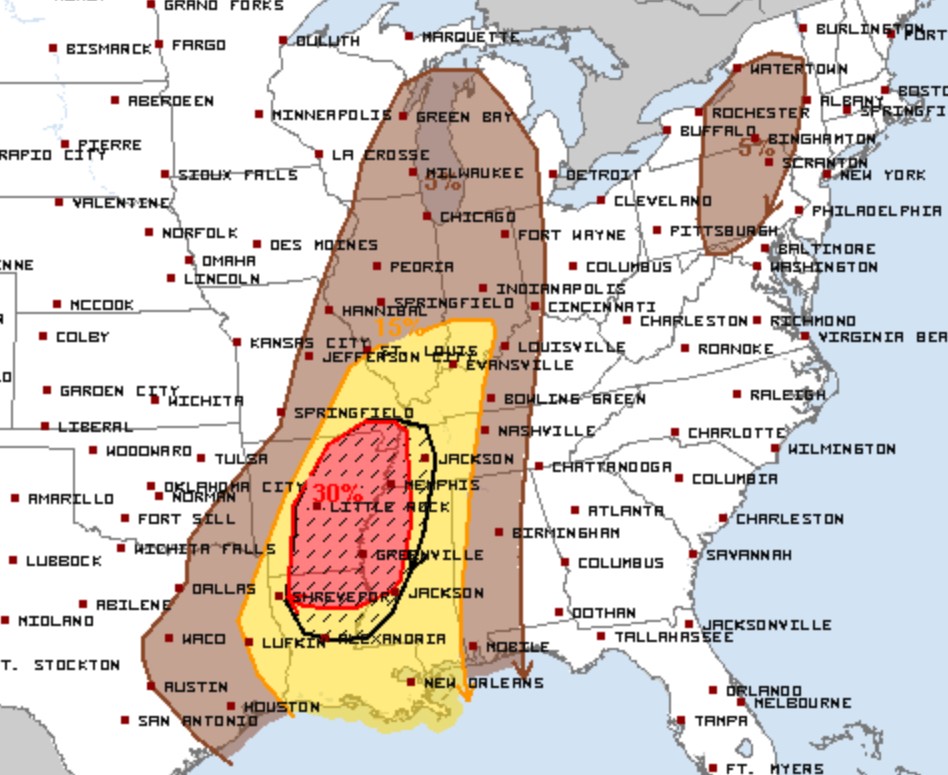 The severe threat should continue eastward across western Tennessee and northern Mississippi during the late afternoon and early evening, where widespread damaging wind gusts will be likely.

The wind-damage and large hail threat should gradually become more isolated during the mid to late evening, as the squall-line encounters weaker instability to the east. 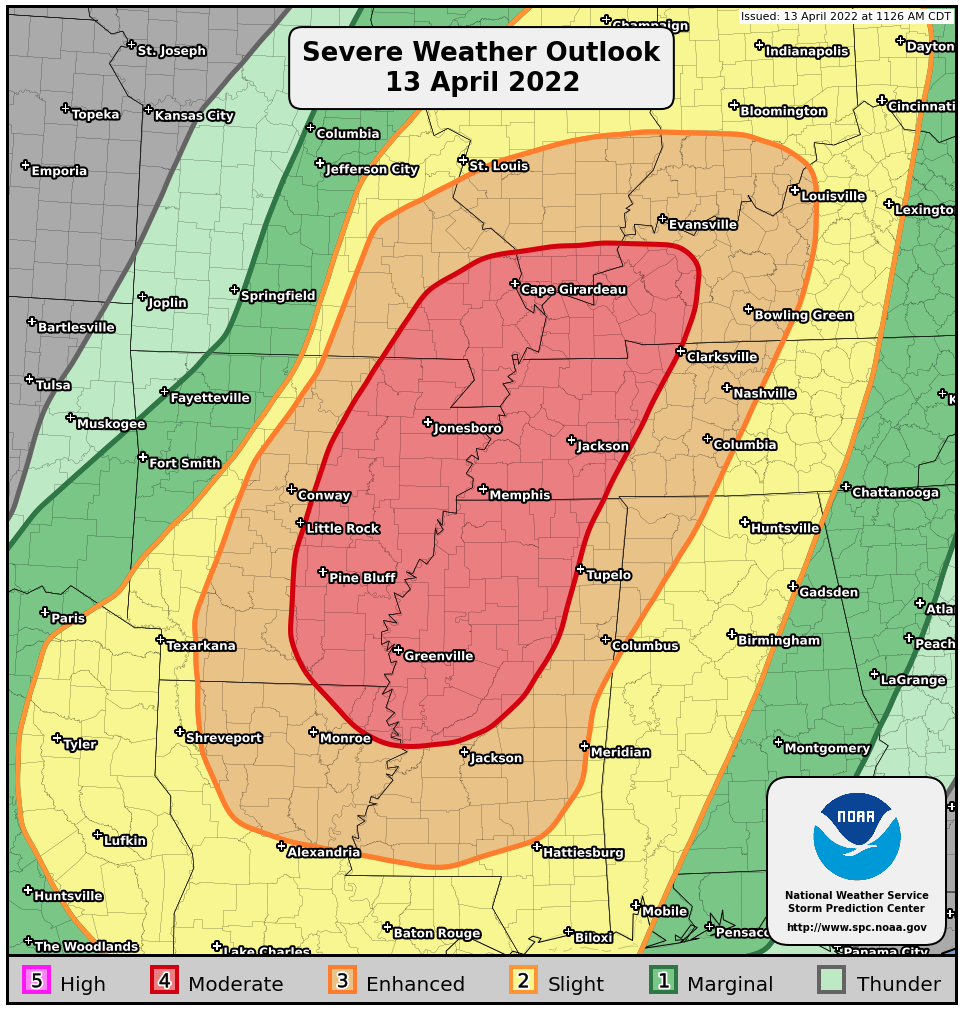 A corridor of moderate instability will develop across eastern Missouri and western Illinois by early afternoon. Thunderstorms will quickly develop about that time along a cold front further west.

These storms will likely obtain a wind damage and large hail threat as the convection organizes into a squall line.
Severe thunderstorms will also likely develop ahead of the line during the afternoon, with all storms merging into a severe MCS by early evening.
Storms will likely become supercellular and be associated with a tornado threat (strong tornadoes) & large hail.

Widespread wind damage would be expected further west with the approaching squall line – Large hail may occur with the stronger cells embedded in the line.

The wind-damage threat will continue into early to mid evening as the line moves eastward across the lower Ohio Valley, with the severe threat eventually become more isolated further to the east.

Review your severe weather safety procedures for the possibility of dangerous weather today.
Stay tuned to NOAA Weather Radio, weather.gov, or other media for watches and warnings.