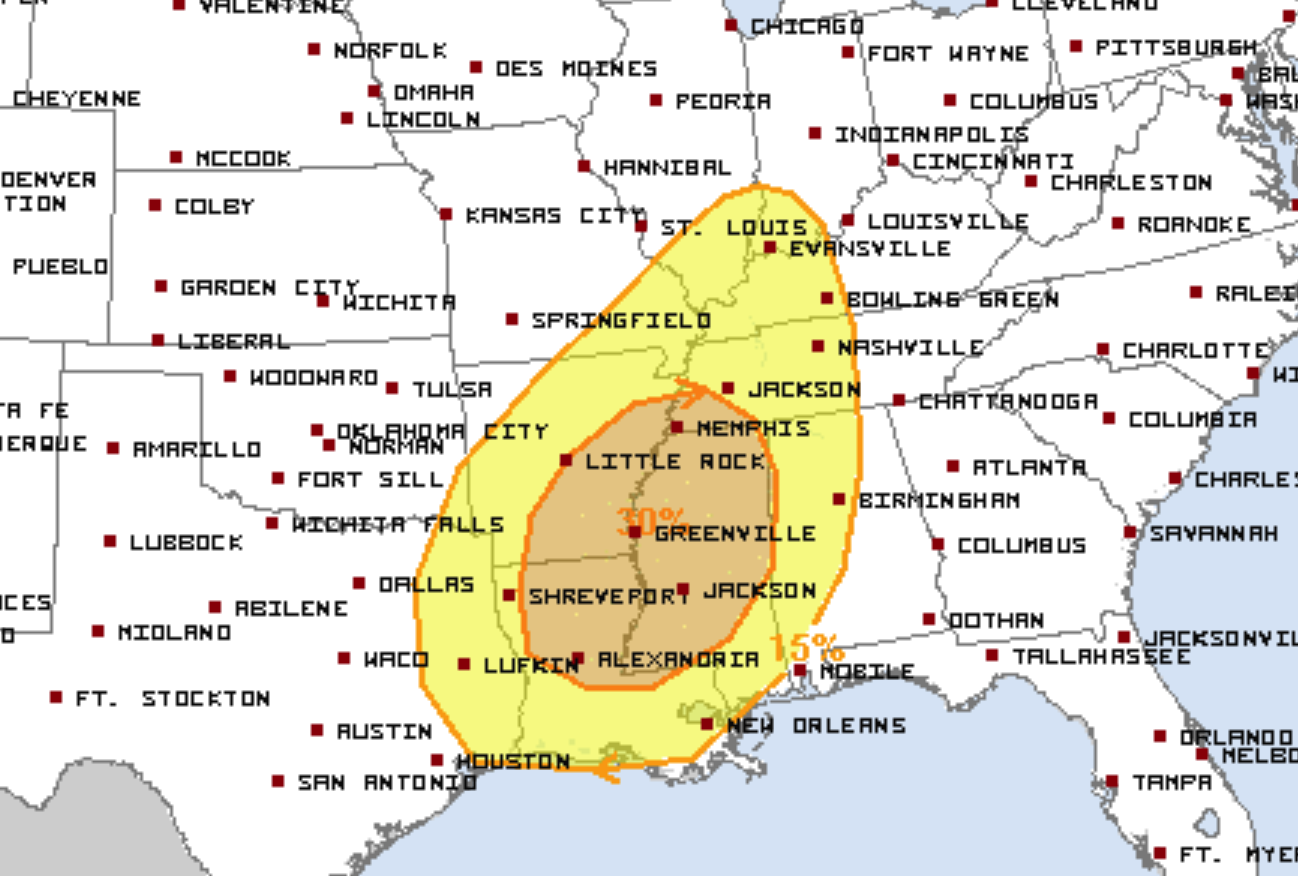 Potential exists for a significant severe event to transpire day 4 (Monday) into day 5 (Tuesday) mainly from the lower MS Valley into the Southeast States. Model solutions have converged and demonstrated run to run consistency, depicting significant cyclogenesis to commence by Monday evening over the lower MS Valley in response to an approaching intense upper jet within base of an amplifying shortwave trough. The low is forecast to deepen as it lifts northeast into IL overnight with trailing cold front advancing through the TN and lower MS valley regions. Richer low-level moisture residing over the northern Gulf will advect rapidly northward through the warm sector in response to the strengthening low-level jet, contributing to destabilization with moderate instability possible from east TX into a portion of the Gulf Coast states. Severe storms are likely to develop along advancing cold front Monday afternoon initially from southeast OK into east TX, then spreading into the lower MS Valley and TN Valley regions Monday night. Impressive wind profiles with large hodographs and an intense upper jet will promote a threat for damaging wind, tornadoes and large hail. Severe threat will continue east through portions of the Southeast states and Middle Atlantic Tuesday.

Another round of strong to severe storms is in next week’s forecast — and this time it could affect Election Day, which is Tuesday, Nov. 6.

All modes of severe weather will be on the table: Tornadoes, high winds, damaging hail, and heavy rain.

Forecasters are already highlighting the possibility of severe weather early next week. It could affect Alabama anywhere from Monday night into Tuesday afternoon.

“This has the potential to become a widespread and significant event and will be monitored closely,” the National Weather Service in Birmingham said Friday morning, adding that the pattern has the “look of a classic severe weather outbreak.”

“Confidence is increasing that strong to severe storms will be possible anywhere from late Monday night into Tuesday afternoon” forecasters in Huntsville said.

NOAA’s Storm Prediction Center agrees and has added severe weather risks for Alabama on both Monday and Tuesday.

North and central Alabama seem more likely to see the strongest storms as of Friday morning.

However, the weather service in Mobile said some strong to severe storms will be possible ahead of the front in south Alabama as well “and this will need to be closely monitored.” 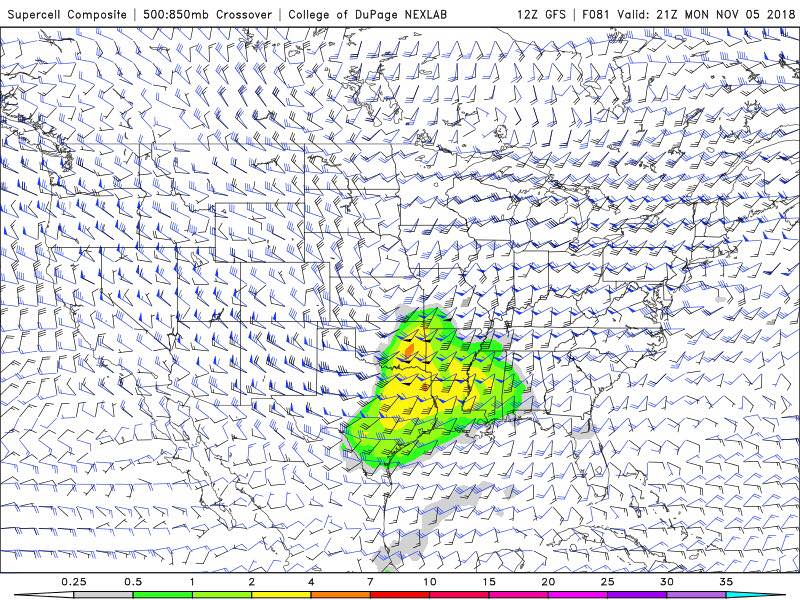 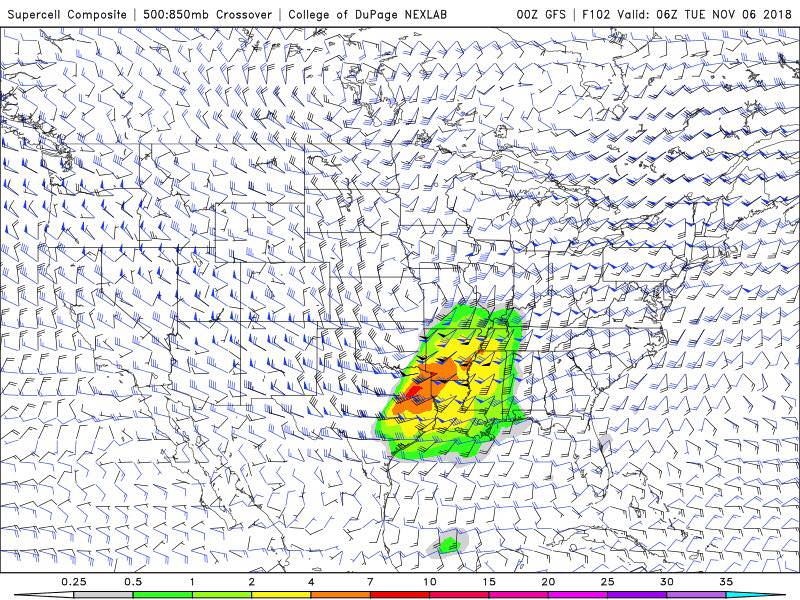 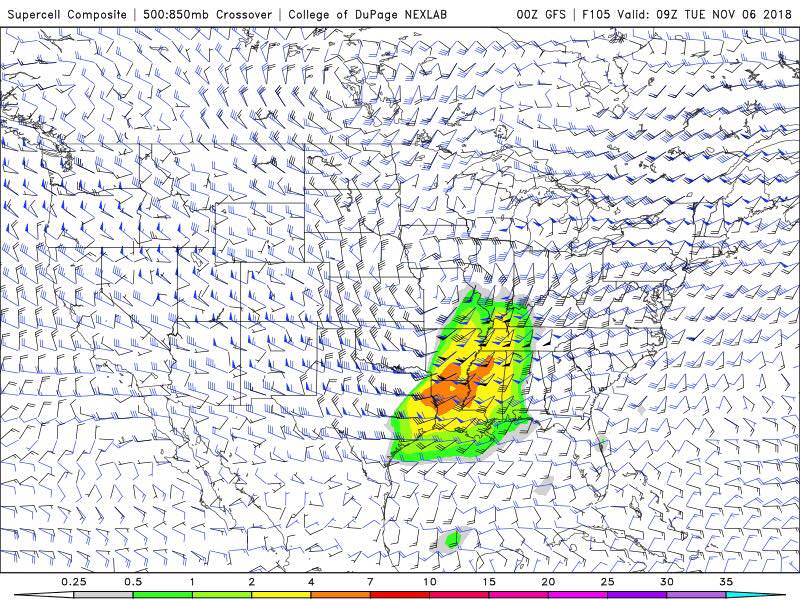 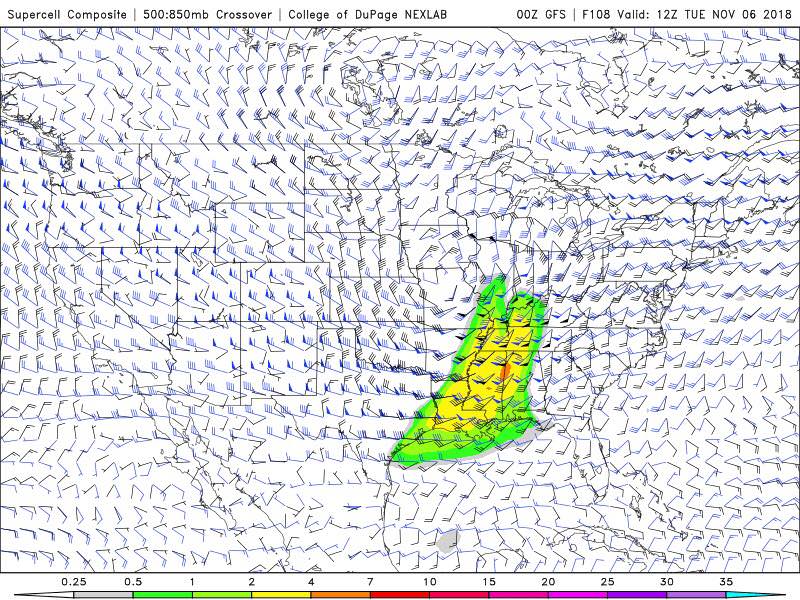