Snow or a rain-and-snow mixture may affect areas from the northern Oklahoma Panhandle to western Kansas, Nebraska, the Dakotas, Minnesota, northern Wisconsin, and northern Michigan. That said, there is considerable uncertainty when it comes to the locations that will see the most significant snowfall.

As we near closer we will produce a new blog highlighting that more closely!

Increasing winds are also likely through the Plains and upper Midwest, which will reduce visibility where snow is falling. Depending on the strength of the winds, we could see near-blizzard conditions develop in parts of the Plains.

What We Are Watching Closely… 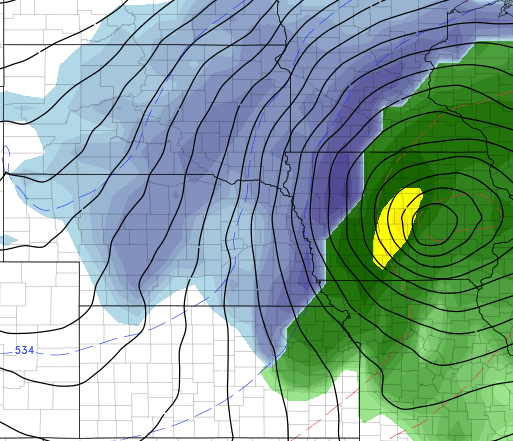 The below image IF things were to stay where they are at, possible near blizzard conditions possible! 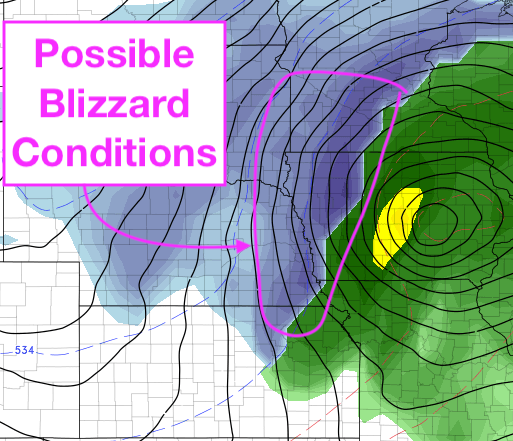 What does it take for a Blizzard Warning?

A Blizzard Warning (SAME code: BZW) is an advisory issued by the National Weather Service of the United States which means sustained winds or frequent gusts of 35 mph / 15 m/s or greater with heavy snow is forecast for a period of 3 hours or more.

We will bring an update to a new blog as we near closer!