Which Is Worse: Tornadoes or Hurricanes?

Hurricanes can pack a double punch as they roar through a region. Not only do they lash out with winds and rain, some also spin out deadly tornadoes. Hurricanes may produce tornadoes, but, as far as storms go, the two are very different kinds of creatures.

Tornadoes, as defined by the National Weather Service, are “a violently rotating column of air with the ground and pendant from a thunderstorm,” that can host winds with an estimated speed of up to 200-300 mph.

Hurricanes, on the other hand, are powerful tropical storms that develop in a circular pattern over tropical or subtropical waters. Hurricane winds reach 74 mph or faster.

So, which is worse? Meteorologists say the call depends on what you’re comparing. While tornadoes may be more intense storms, hurricanes tend to stick around much longer, cover more ground and cause more damage.

Here’s a look at both kinds of storms, as assessed with information from the National Oceanic and Atmospheric Administration. 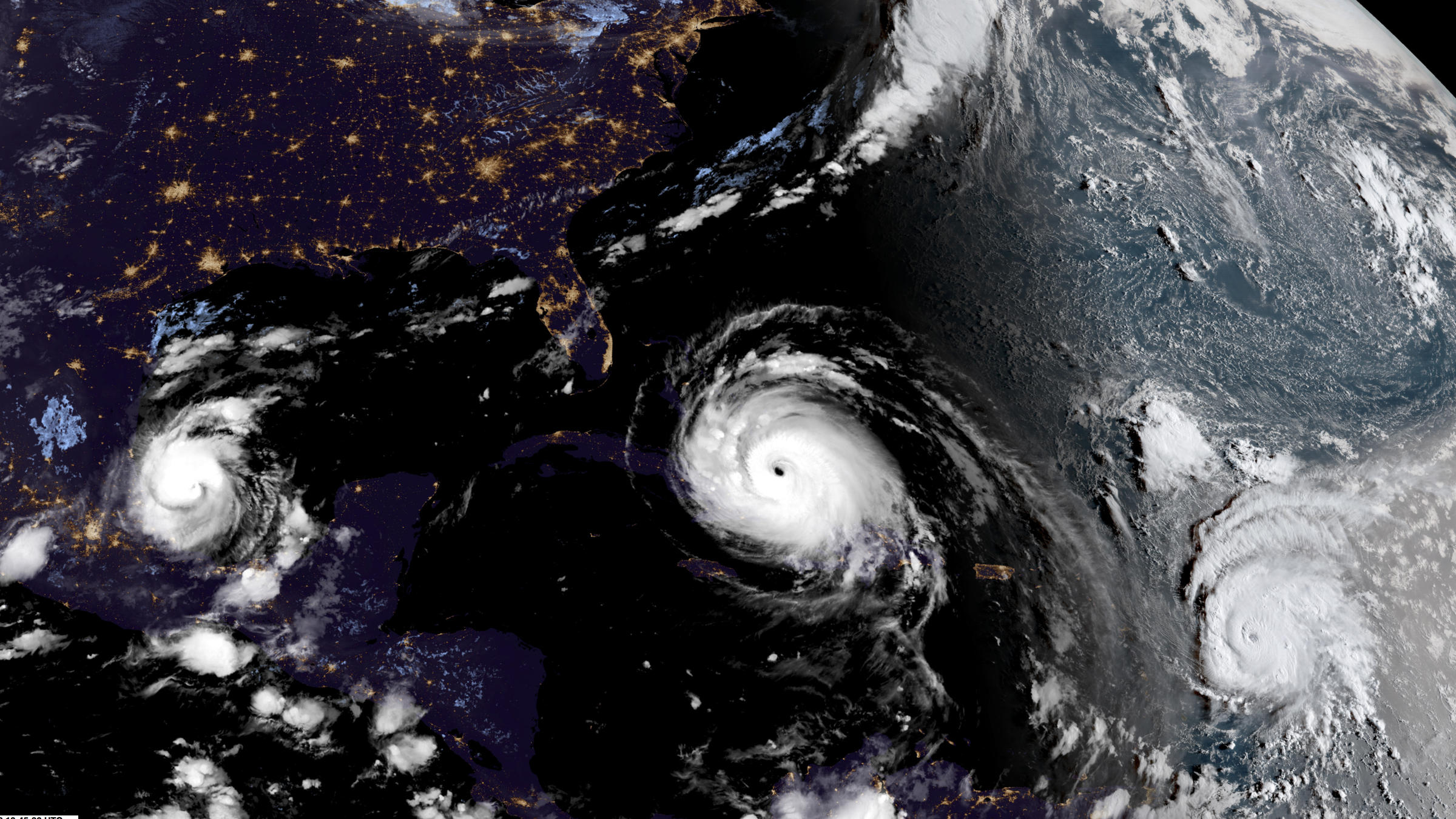 A tornado’s width is generally measured on the scale of hundreds of meters and the twisters are produced from a single storm, such as a thunderstorm.

The breadth of a tropical cyclone is measured on the scale of hundreds of miles and is made up of several to dozens of convective storms.

Tornadoes generally form over land as heat from the land surface causes air to rise. The rising humid air eventually cools and condenses into huge clouds, forming thunderstorms. The air rising into the storm clouds is called an updraft, and this is where tornadoes form.

Sometimes hurricanes can spawn tornadoes when they make landfall as winds at the land’s surface fade more quickly than winds spinning higher up in the storm. This creates a vertical shear that can foster a tornado.

Hurricanes, which start out as tropical disturbances, only form over oceans and maintain their force by sucking up moisture from the water’s surface. They are powered by the heat that’s released when the warm water vapor condenses into clouds and rain. As rising air converges, it pushes upward and swirls in a circular pattern. Once hurricanes hit land they lose their moisture source and fade out.

Hurricanes generally stick around for days, while tornadoes typically last about 10 minutes, although they can last for over an hour.

Hurricanes cause about $3 billion in damage each time they touch ground in the United States and about $5 billion annually, according to a 1998 NOAA study.

The roughly 1,000 tornadoes that strike the United States each year cause about 10 times less in damage — or about $500 million in total, according to a 2001 NOAA study.

A historical look reveals an even starker difference in the two storms’ destructive power.

The strongest tornadoes typically occur in late winter or early spring, while hurricane season peaks in the early fall.

Tornadoes happen in all 50 states, but are usually associated with the country’s heartland — a 10-state area stretching from Texas to Nebraska. Oklahoma City has been hit more often by tornadoes than any other U.S. city, with a known total now of more than 100 strikes.

More tornadoes have actually touched down in Florida than in Oklahoma, but the ones that strike Florida are generally much weaker systems. The ones that hit Oklahoma have been the most violent in record.

When it comes to hurricanes, Florida and Texas are the states that have suffered the most damage. Based on adjusted losses, 38.0 percent of the direct insured property losses caused by catastrophic hurricanes have occurred in Florida, while 11.1 percent have occurred in Texas. Next to these states, Hawaii, Puerto Rico and the Virgin Islands have all seen significant losses stemming from hurricanes.

NOAA warns that “chasing” tornadoes or hurricanes can be hazardous and should not be undertaken “frivolously.” Meteorologists, however, tend to prefer one kind of storm-chasing over another. Mark Lee, for one, a meteorologist with Weatherbug, says tornado-chasing is more fun — and safer.

“A hurricane can wobble and you’ve then got a half-hour to get out,” he said. “It’s a little easier to get yourself in trouble than with a tornado.

“In a hurricane,” he added, “it’s such a large feature that it becomes a big waiting game. There is more of an adrenaline rush chasing a tornado.”