Falcon 9 set to land on ocean barge after launching satellite

The Falcon 9 is scheduled to launch sometime during a four-hour window that opens at 11:28 p.m. Sunday from Cape Canaveral Air Force Station’s Launch Complex 40. 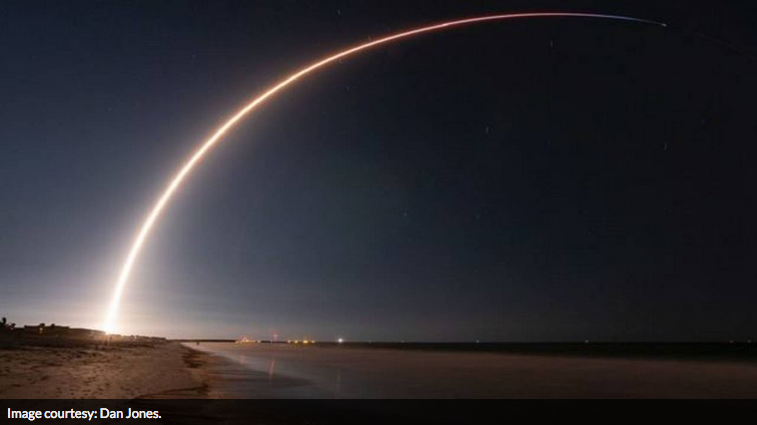 The payload, a Telstar 18 VANTAGE satellite, weighs about 15,550 pounds. While it isn’t the heaviest spacecraft the rocket has delivered to space it’s close to Falcon 9’s payload maximum.

Meteorologist say night time launches are really the way to go in Florida during the summer. Easterly winds pushing rain onto the coast won’t start happening until after the launch window closes and Treanor said the forecast doesn’t show any major issues over the pad during the four-hour window.

SpaceX plans to land its second stage rocket booster on the drone ship called Of Course I Still Love You, which will be positioned up the Florida coast in the Atlantic Ocean for touchdown.

The launch will mark the 16th this year from Florida.

The Great Conjunction – Closest in Centuries! Jupiter and Saturn will merge in the night sky this evening (Monday), appearing closer to one another than […]

July 4, 2020, Lunar Eclipse in the US On the night of July 4, the full moon will pass through part of Earth’s shadow, creating […]