Deadly tornadoes sweep across the south along with widespread damage!

A damaging tornado touched down in Lee County, Alabama, on Sunday afternoon amid a severe weather outbreak across the southeastern United States.

Tornado emergency was issued as a ‘large and destructive’ tornado that impacted parts of Alabama with ongoing confirmed tornadoes and tornado warnings across AL,GA, & SC.

The National Weather Service declared tornado emergencies Sunday afternoon for parts of Alabama and Georgia as severe storms moved through the South. At About 3:15 p.m. EST, a large and destructive tornado was confirmed near Smiths Station, Alabama, according to the NWS. Calling it a “life-threatening situation,” the NWS warned residents of northern Muscogee County and southern Harris County in west-central Georgia to take cover immediately as part of the tornado emergency declaration.

The same warning was given in Alabama for Smiths Station, Bleecker, Monterey Heights and Bartletts Ferry Dam. Sunday afternoon, a tornado debris signature was seen on radar as a damaging storm moved toward Smith Station, an Alabama town of about 22,000 located just across the state line from Columbus, Georgia.

At least two people were killed when tornadoes moved through southern Lee County Sunday afternoon. According to the Lee County Emergency Management Agency, the fatalities are in the Beauregard area. The Lee County coroner also confirmed multiple fatalities.

The EMA says they are still assessing the damage and injuries in the Beauregard area and lots of first responders are on the scene. 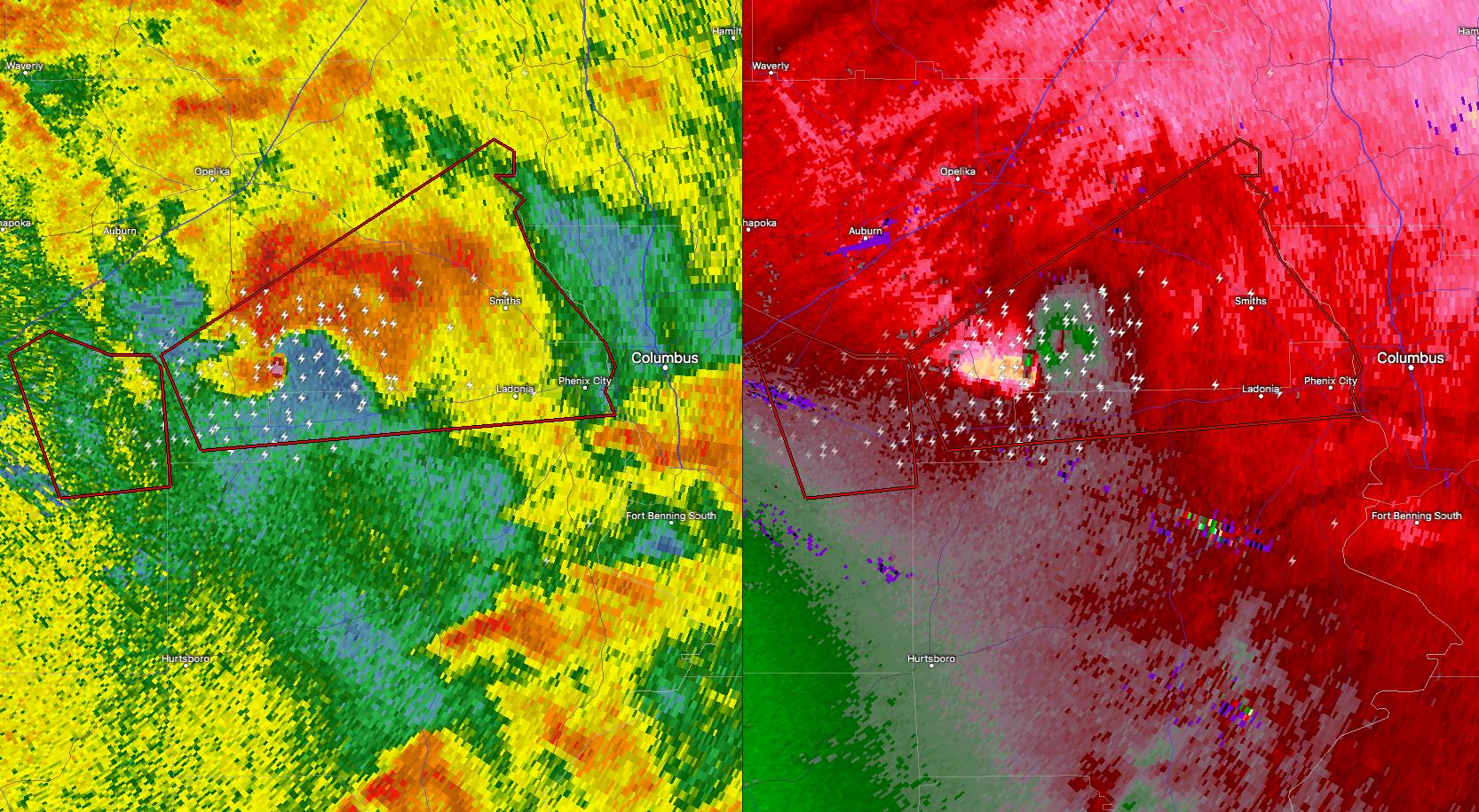