Severe thunderstorms are likely from portions of the Southeast U.S. into the Ohio Valley and southern Great Lakes.

Damaging winds and a few tornadoes will be possible along with large hail.

It should be noted, Should a corridor of stronger heating/greater instability develop, confidence would increase regarding introduction of a significant tornado risk area given the very favorable background environment. This may be needed in later outlooks/update as the effects of ongoing precipitation is assessed.

There is an enahnced risk issued for severe weather! 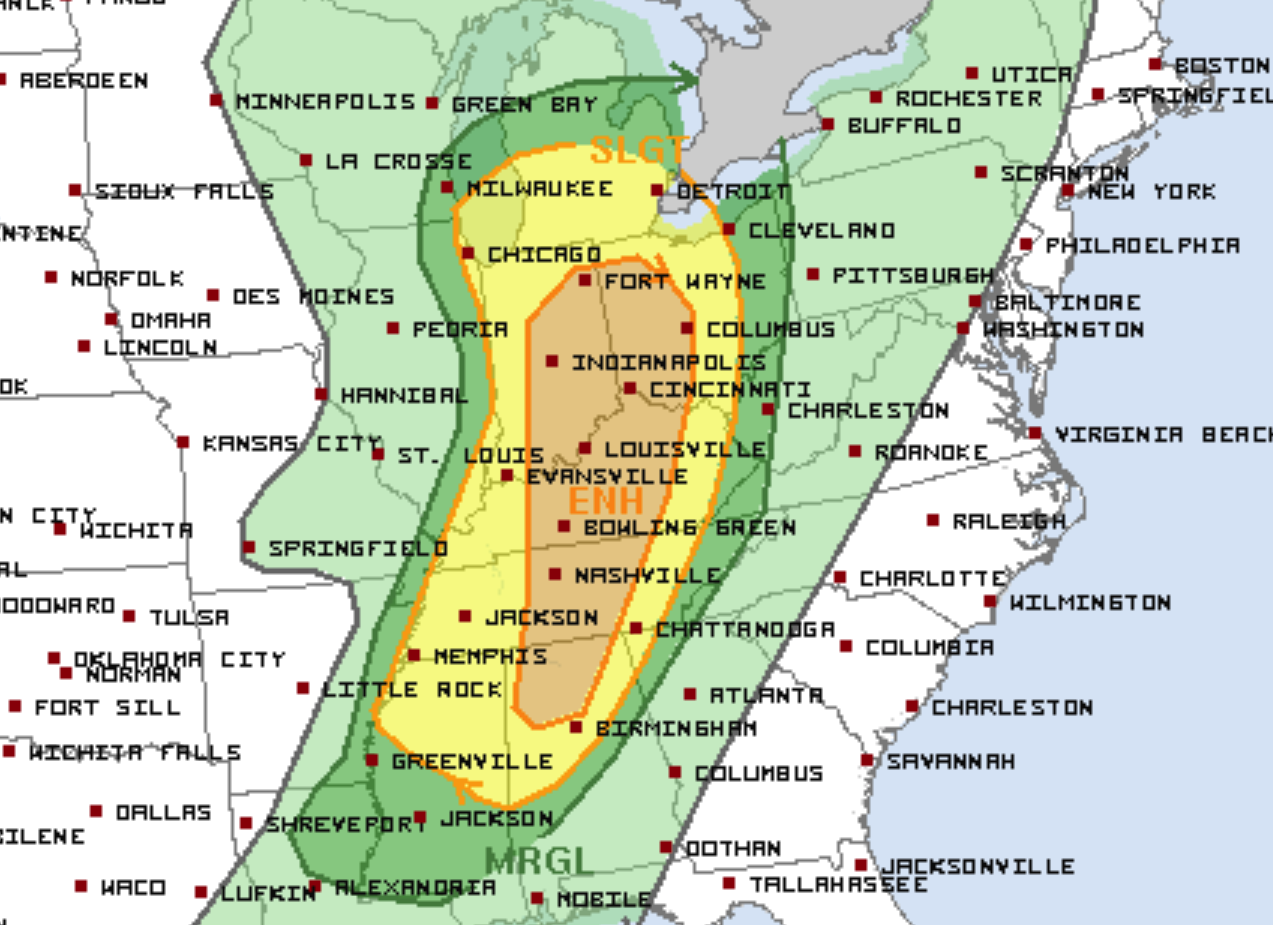 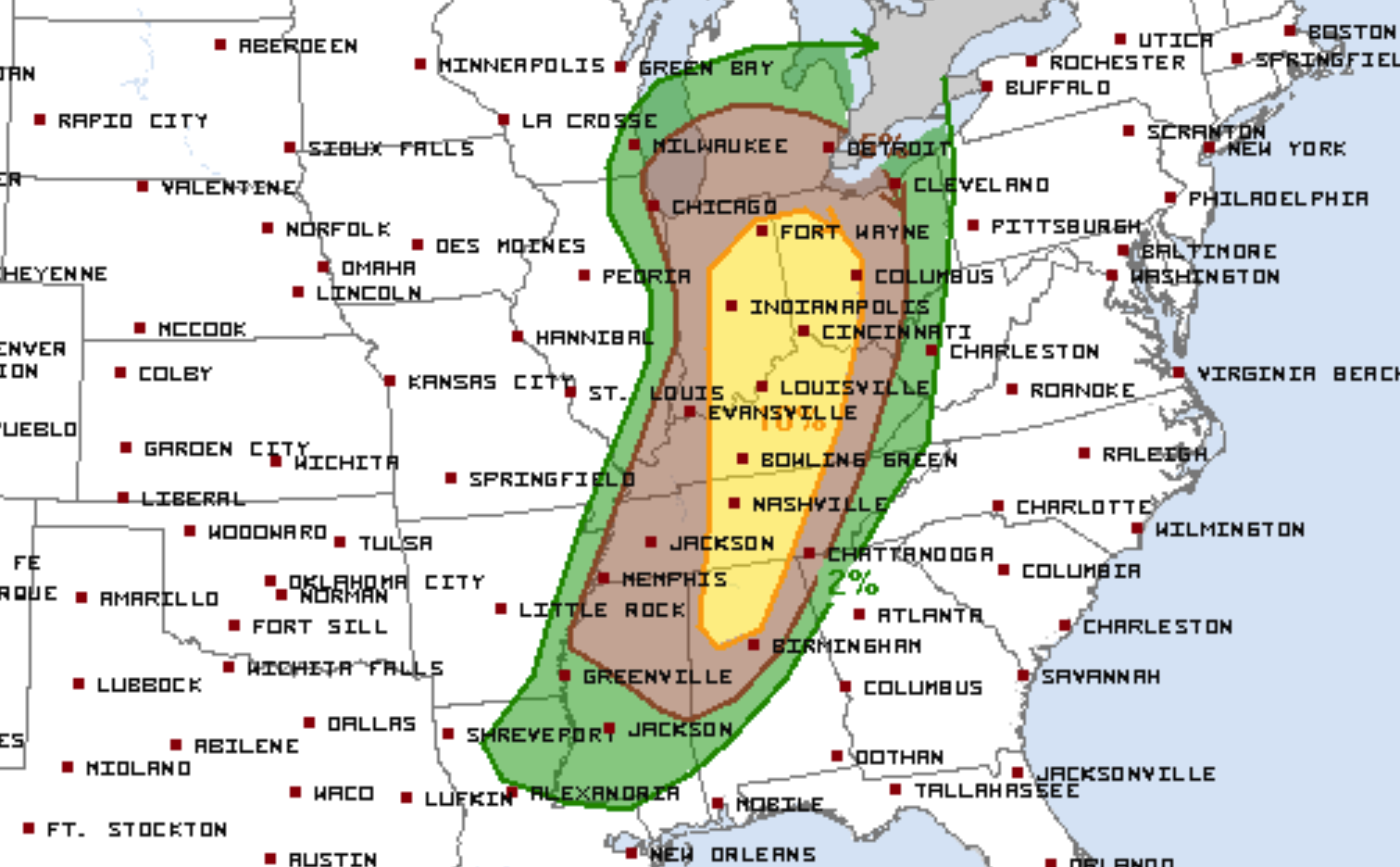 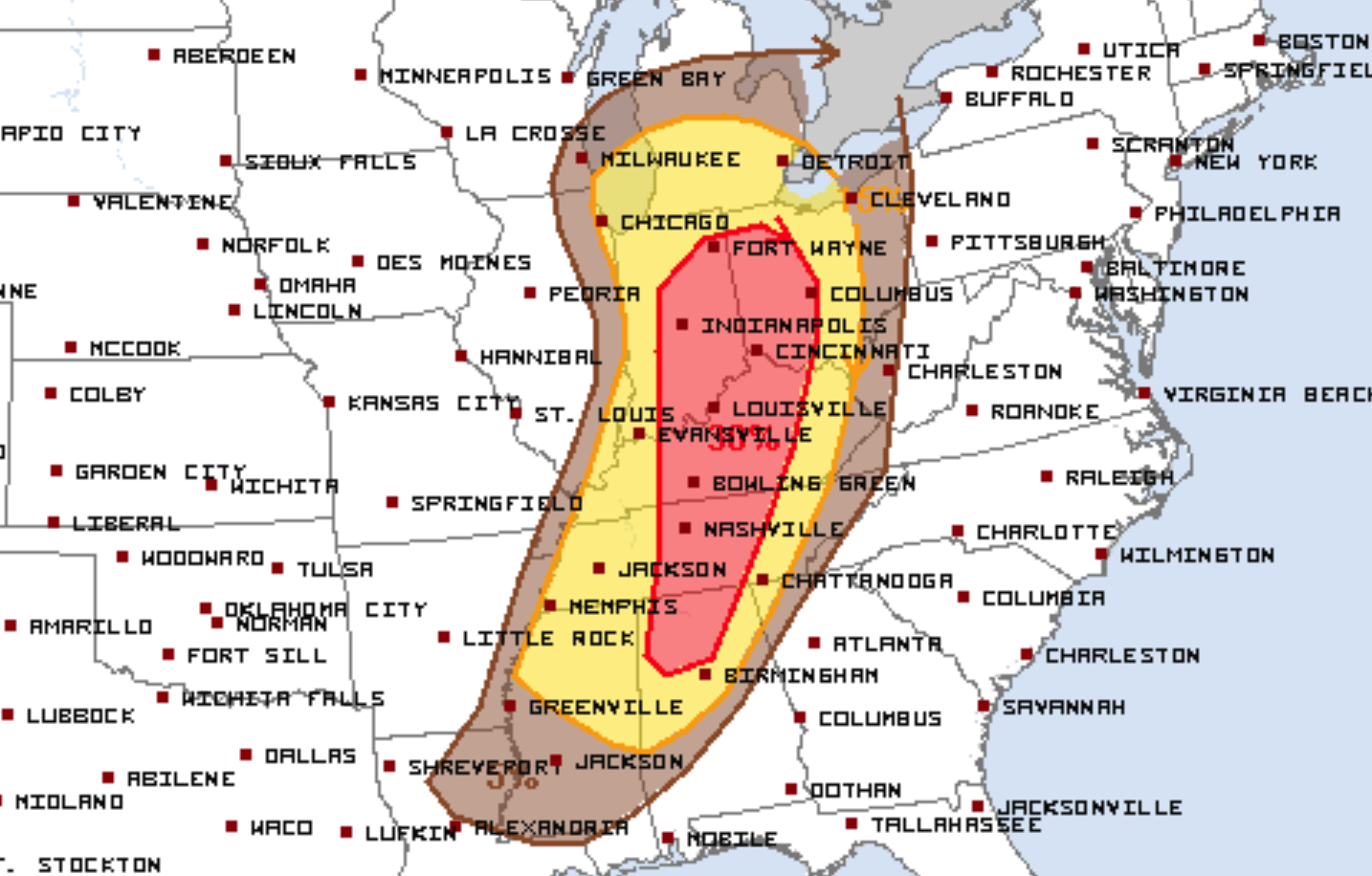 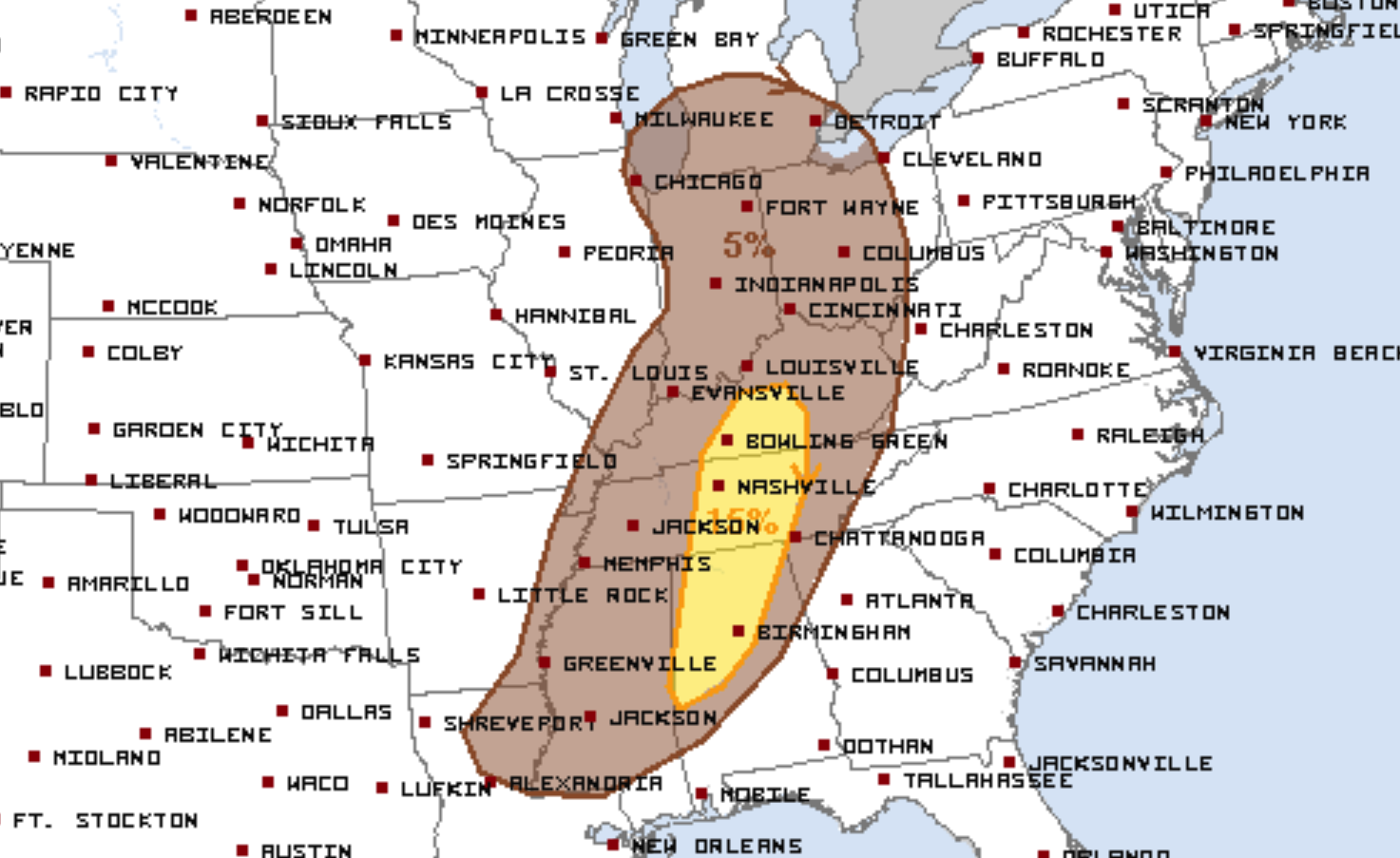 An upper-level low over Iowa this morning will gradually evolve into an open wave as it lifts northeast across the Great Lakes today, while a trailing portion of the trough extends southwest into the central Plains. A deep (983 mb) surface low beneath the upper low will lift northeast as a trailing cold front moves rapidly across the TN/OH Valley region and the lower MS Valley.

Collectively, these surface and upper-level features will result in a broad area of favorable vertical wind shear for severe storms.

An expansive area of showers and thunderstorms associated with warm/moist advection within the warm sector was in progress at 13Z, and the effects of ongoing/early day precipitation casts some uncertainty on the details regarding severe potential today and tonight. In general, ongoing precipitation should weaken or lift northeast of the risk area by midday, with additional thunderstorm development in advance of the cold front by afternoon.

Low-level moisture remains a limiting factor, with lower/mid 50s surface dew points expected as far north as OH/southeast Lower Michigan, and mid 60s/upper across the southeast states. Substantial cloud cover combined with modest mid-level lapse rates will temper instability, with MLCAPE ranging from 1000+ J/kg over the Southeast States, where more diabatic heating is possible and higher dewpoints will reside, to around 300-500 J/kg farther north into the OH Valley and southern Great Lakes.

The impressive low/mid-level wind fields will result in deep-layer shear averaging 50 kts across the southeast to in excess of 80 kts across the OH Valley/Great Lakes, with low-level (0-1 km) SRH in excess of 300 m2/s2. Thunderstorms should redevelop or intensify in advance of the cold front this afternoon as large-scale ascent within the left exit region of a 100-kt jet streak approaches the OH/TN Valley region.

Farther south, forcing becomes a bit more nebulous however a more favorable thermodynamic environment with lower CINH will be in place. Most CAM guidance maintains discrete or semi discrete storms initially, with a transition to a more linear structure across northern portions of the risk area with time due to stronger large-scale forcing.

Primary storm modes for storms that can persist within the strong shear environment will be supercells and bowing segments, with a risk for damaging winds, tornadoes, and large hail. Should a corridor of stronger heating/greater instability develop, confidence would increase regarding introduction of a significant tornado risk area given the very favorable background environment. This may be needed in later outlooks as the effects of ongoing precipitation is assessed.

We will have a team out covering this system!

Stay tuned to our facebook page for more updates!