A couple of strong tornadoes will be the main threat late this afternoon/evening from northern Mississippi into parts of western/middle Tennessee, along with damaging winds and isolated large hail.

Tornado Watch Has Been Issued 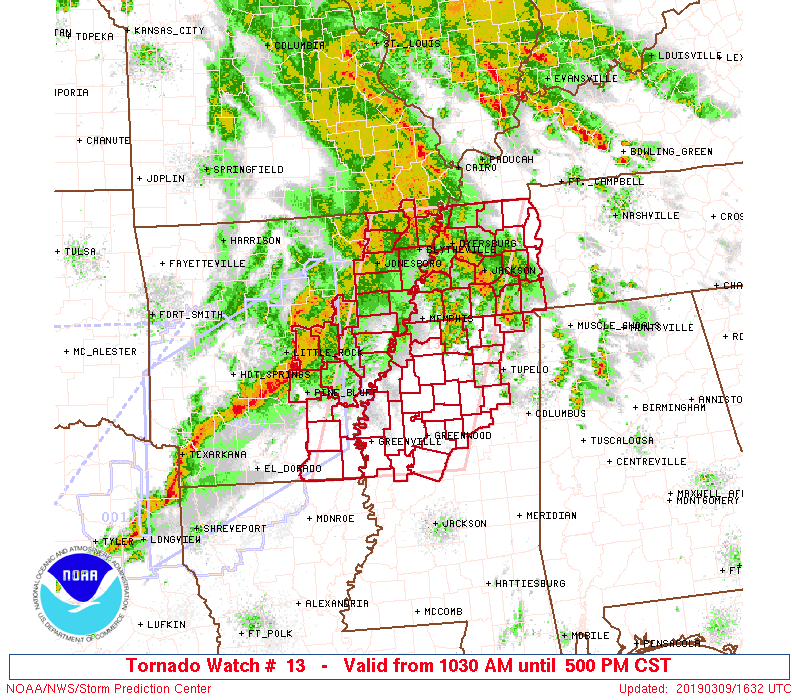 * Effective this Saturday morning and afternoon from 1030 AM until 500 PM CST.

The line of storms in Arkansas is beginning to show more embedded supercell structures, and this trend should continue through the afternoon. The storm environment ahead of the storms into Mississippi and Tennessee will be favorable for tornadic supercells, capable of producing a couple of strong tornadoes, as well as damaging winds and large hail.

Severe thunderstorms are expected this afternoon into this evening from Arkansas/northern Louisiana to the lower Ohio and Tennessee Valleys. 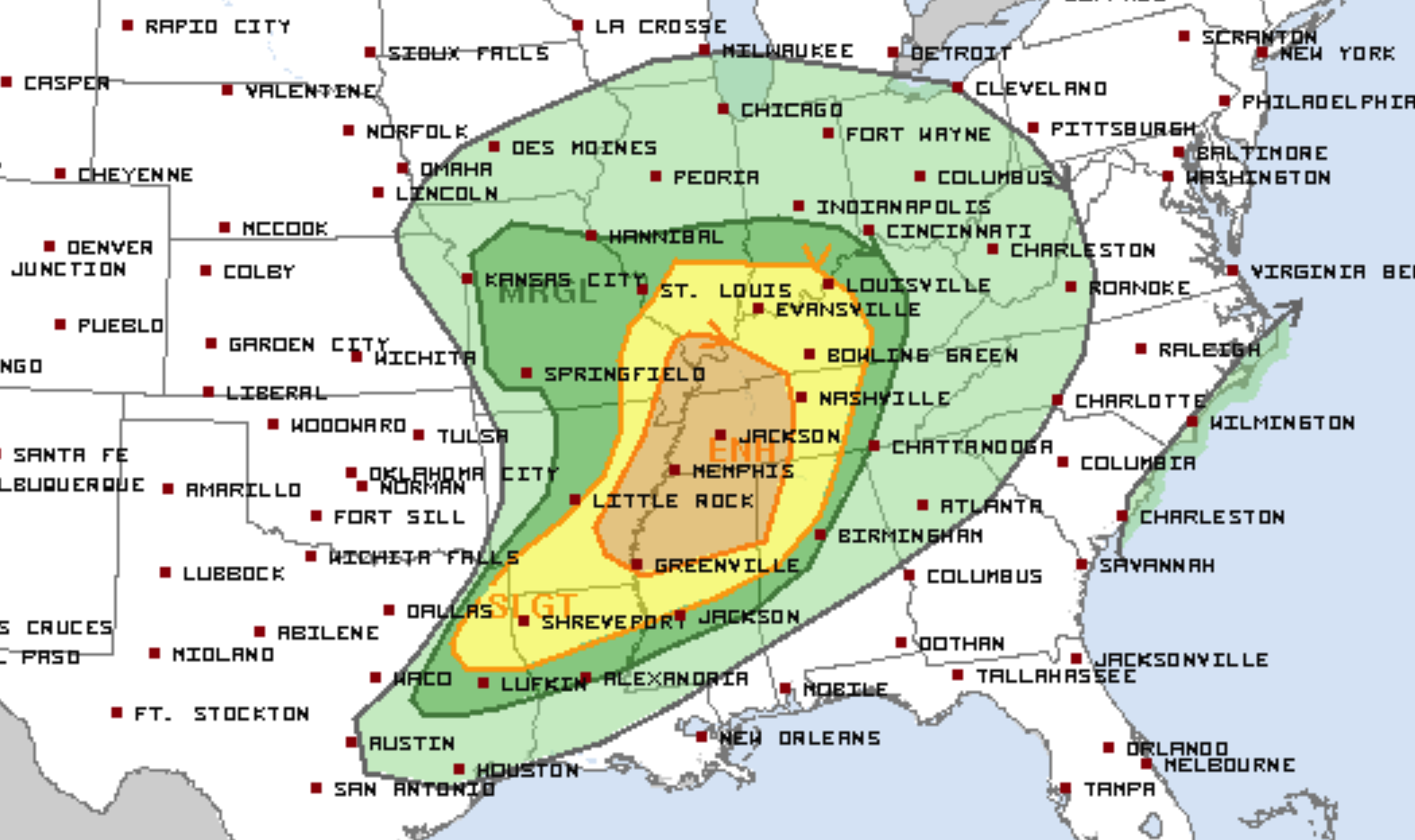 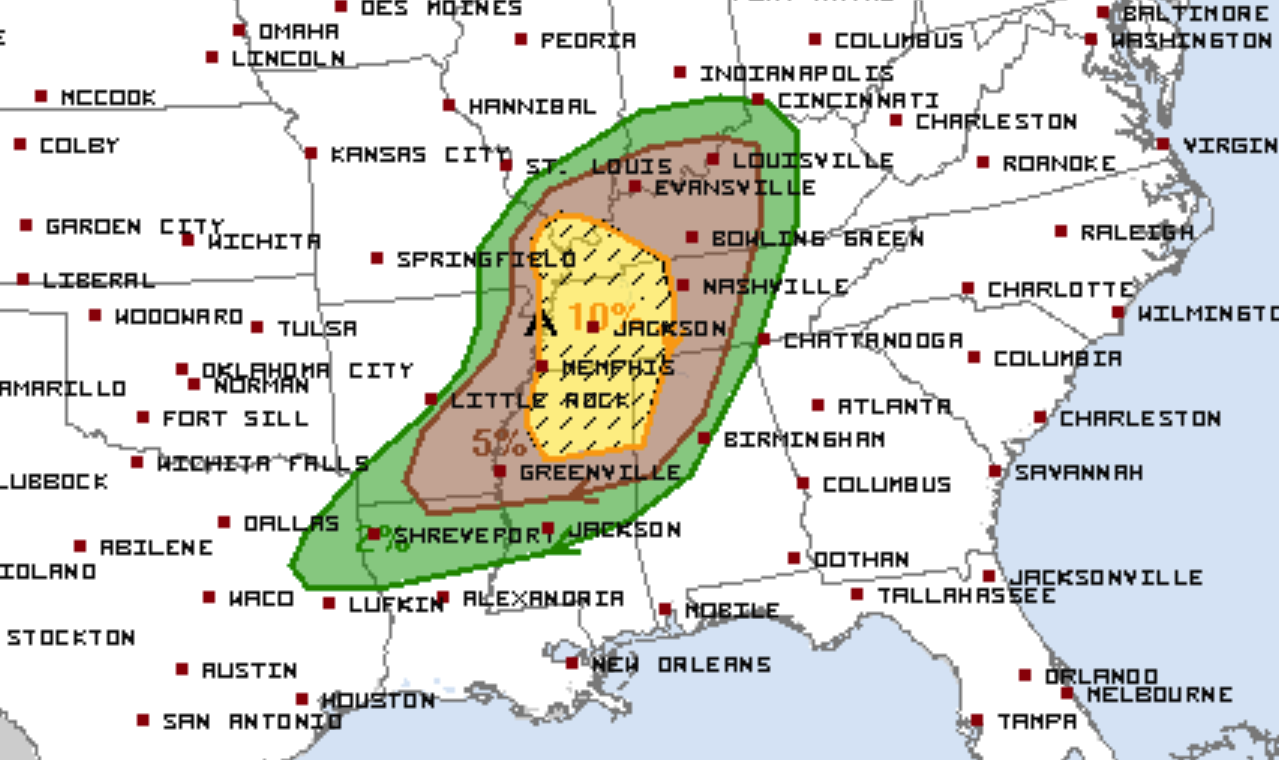 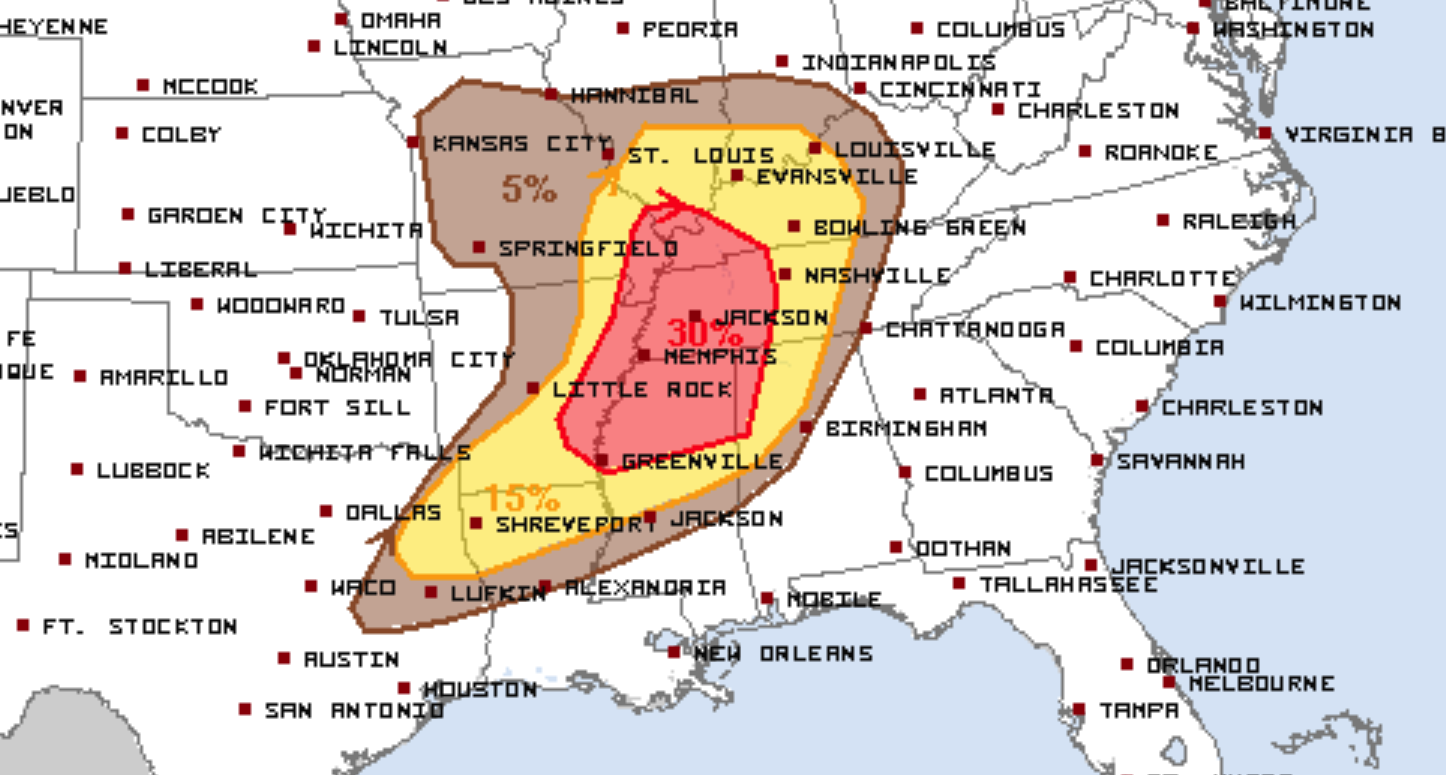 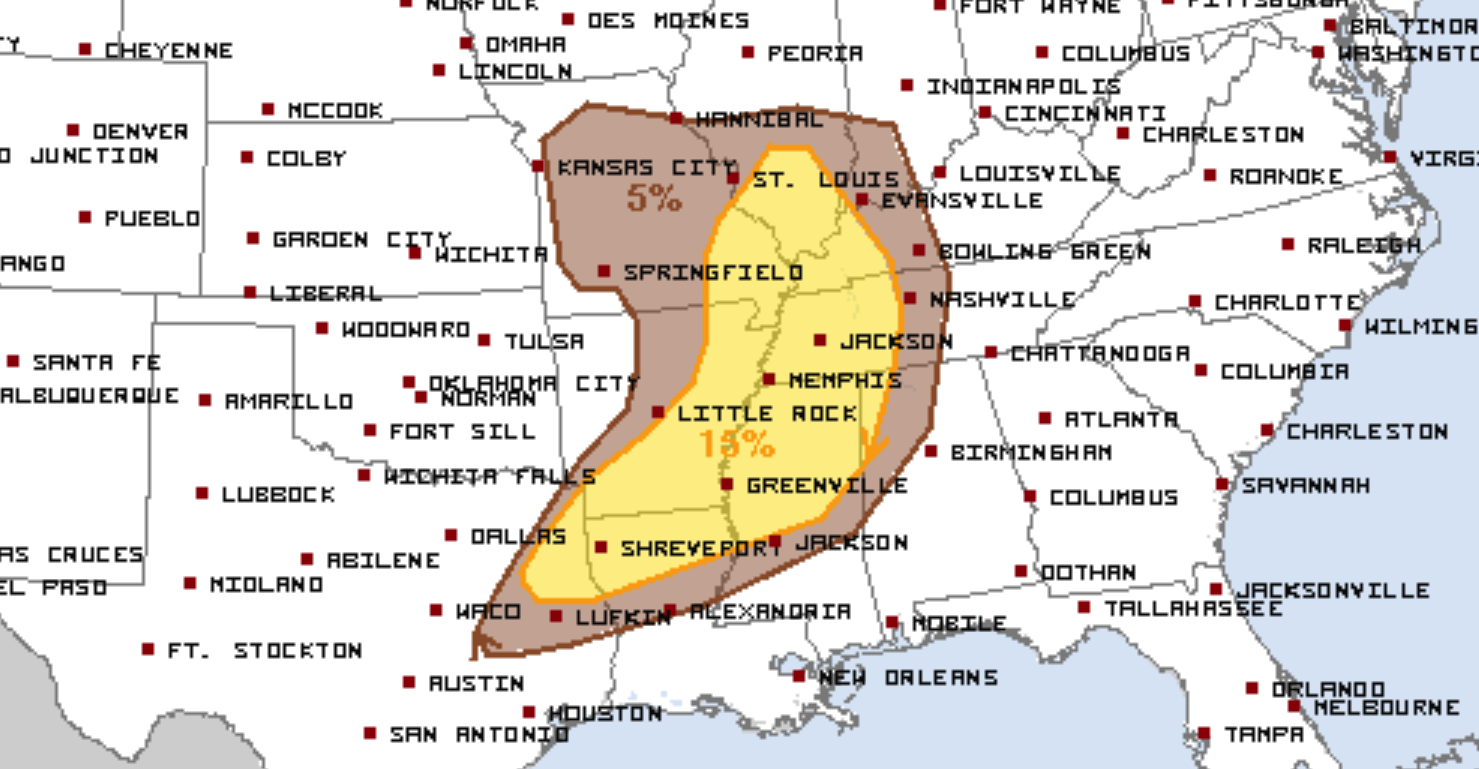 A strong midlevel shortwave trough over KS/OK as of late morning will eject quickly northeastward over the middle MS and OH Valleys by early tonight. An associated 990 mb surface cyclone in KS will likewise develop northeastward toward the Great Lakes, as a trailing surface trough/Pacific cold front progresses eastward to KY/western TN/northwestern MS by this evening.

Low-level moisture continues to spread northward from MS/AR and should reach the lower OH River by mid afternoon. Meanwhile, very strong low-level shear is expected within the northern part of the warm sector in response to the shortwave trough/deep cyclone, as evidenced by the 60-70 kt flow observed down to 1 km AGL at Little Rock immediately prior to convection.

The primary severe threat this afternoon into this evening is expected to evolve from the band of convection now crossing AR along the surface trough. Low-mid 60s boundary-layer dewpoints will continue to spread northward in advance of this convective band and south of the warm front (which is near the TN/KY border as of 16z).

The observed VWP winds support the model forecasts of large SRH (300-500 m2/s2 0-1 km) this afternoon from northern MS into TN/KY/northwest AL in the warm sector. This corridor will coincide with MLCAPE ranging from roughly 500 J/kg into KY to 1000-1500 J/kg in northern MS, driven by moisture increases and surface heating in cloud breaks (primarily on the southern fringe of the storms that will move into northern MS).

The net result will be favorable profiles for tornadic supercells within the broken band of storms along the surface trough. A couple of strong tornadoes will be possible later this afternoon into this evening when semi-discrete supercells are most probable within the warm sector, and prior to low-level shear weakening substantially by late this evening as the synoptic wave exits to the northeast.

The northern extent of the severe threat will be largely driven by the progress of the warm front, and influences of the ongoing convection in northeast AR. Low-level shear will be quite strong, and weak buoyancy rooted near the surface will support a threat for damaging winds and a few tornadoes with strongly sheared supercells and/or embedded line segments as far north as the OH River.

Farther west, steep low-midlevel lapse rates with the ejecting midlevel wave/surface trough and residual low-level moisture could be sufficient for low-topped supercells for a few hours this afternoon/evening across MO.