Widespread severe gusts are likely across parts of the northern Great Plains this evening and continuing into the overnight. Significant severe gust swaths are possible!

An upgrade to Moderate Risk has been made to portions of western South Dakota. A severe derecho with a history of measured severe wind gusts, some in excess of 75 mph, has been ongoing since this morning/early afternoon in eastern Utah. Confidence has increased in the widespread severe damaging wind gusts as this line of thunderstorms moves into a more favorable environment this evening. 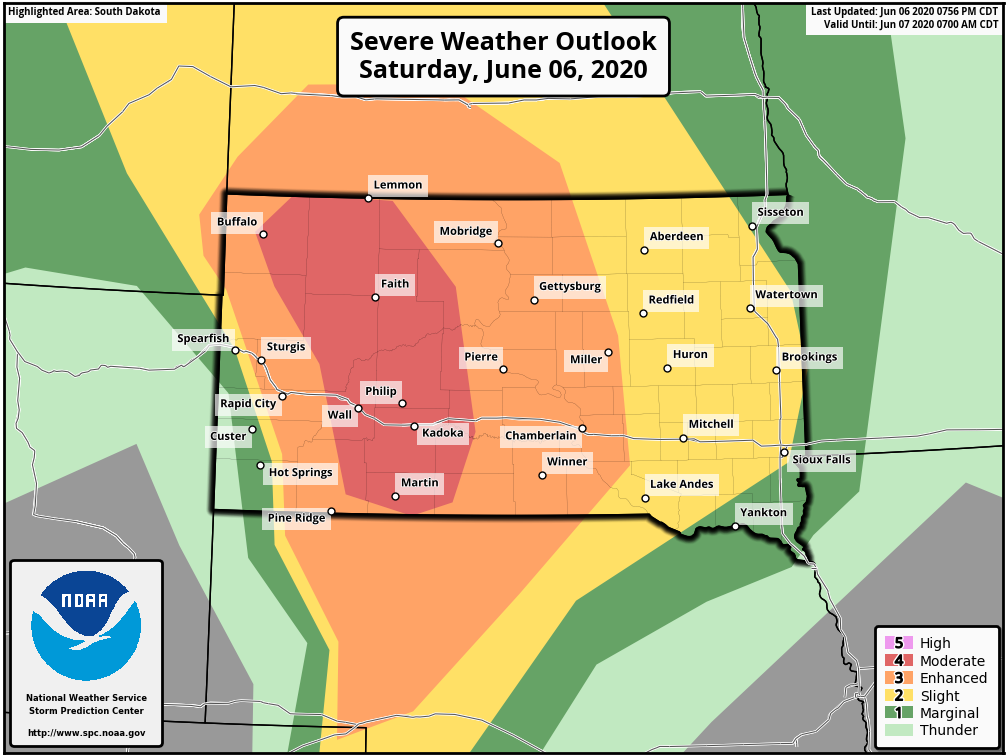 Water-vapor imagery this evening shows a powerful mid-level trough moving north-northeast across WY with this feature forecast to reach the U.S./Canadian border by early Sunday.

The airmass downstream of this severe squall line was sampled by the 00z Rapid City, SD raob, which showed moderate instability (2000 J/kg MLCAPE) and a strongly veering wind profile with increasing flow with height through the mid-levels.

As the squall line crosses through the moisture plume that arcs west-northwest to east-southeast across SD (co-located with surface pressure falls), the squall line will likely intensify this evening.

Widespread gusts around 60 mph are expected with corridors of 75+ mph expected with the bowing segments during the evening hours.

Have included a Moderate Risk to reflect both the increased confidence for severe gusts and observational trends this evening. 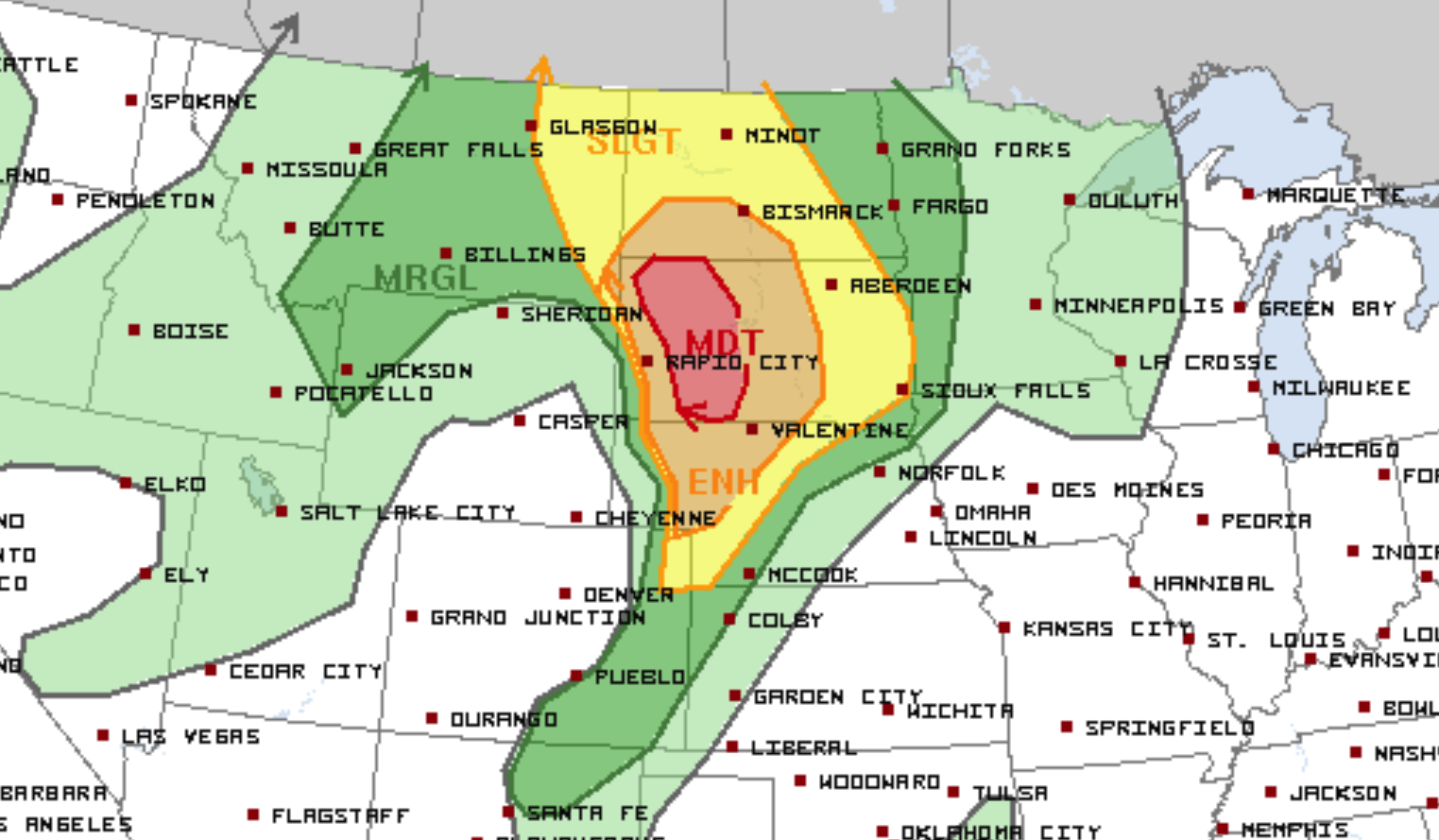 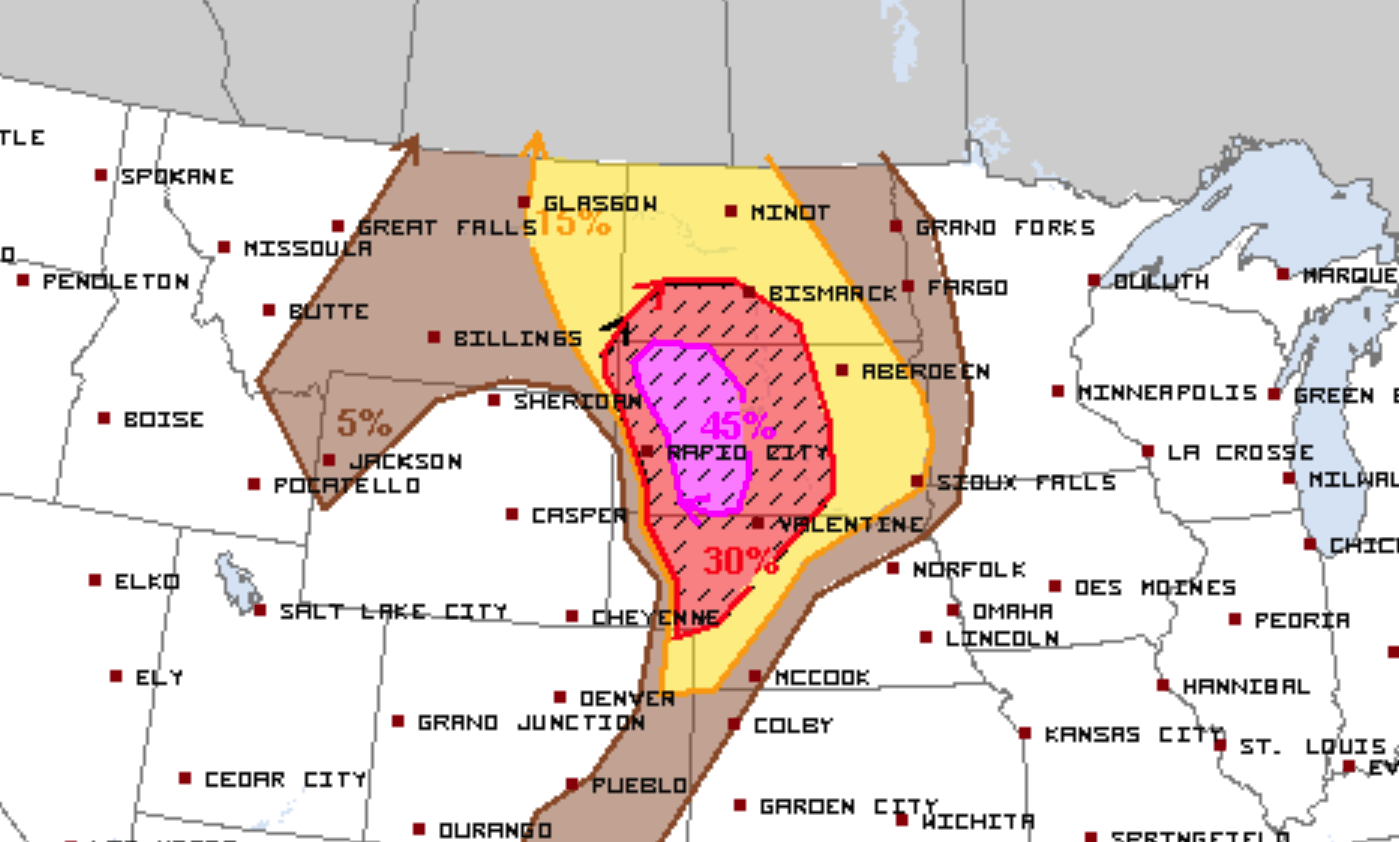 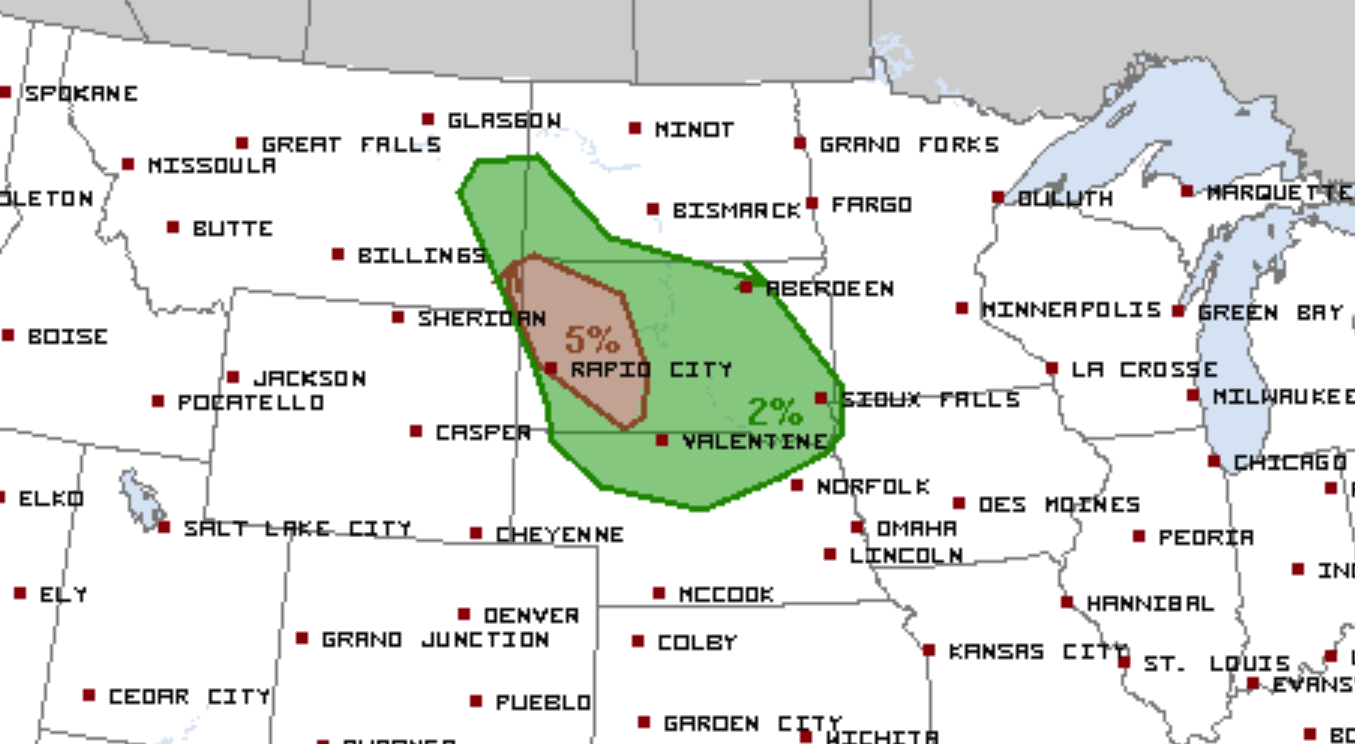