Following the deadly outbreak of tornadoes in the Southeast, another severe weather and tornado outbreak may develop in the south-central US this weekend.

A potent storm is forecast to move out of the Rockies and target the Plains this weekend March 9, 2019

As this happens, the risk of severe thunderstorms will increase over the middle part of the US.

As of now the way the jet stream is looking to set up for the weekend, this system may support the development of severe thunderstorms and tornadoes including damaging winds from parts of Texas to portions of Oklahoma, Kansas, Arkansas, and Missouri during Saturday afternoon…

The risk may continue to progress eastward and northward, perhaps in a swath from Mississippi and Alabama to Illinois and Indiana as the weekend continues.

Areas that have been recently hit by tornadoes in Mississippi, Alabama, Georgia, Florida, and South Carolina, as well as other states in the Tennessee Valley and Southeast, could still be at risk for severe thunderstorms, including isolated tornadoes, during Saturday night or Sunday. 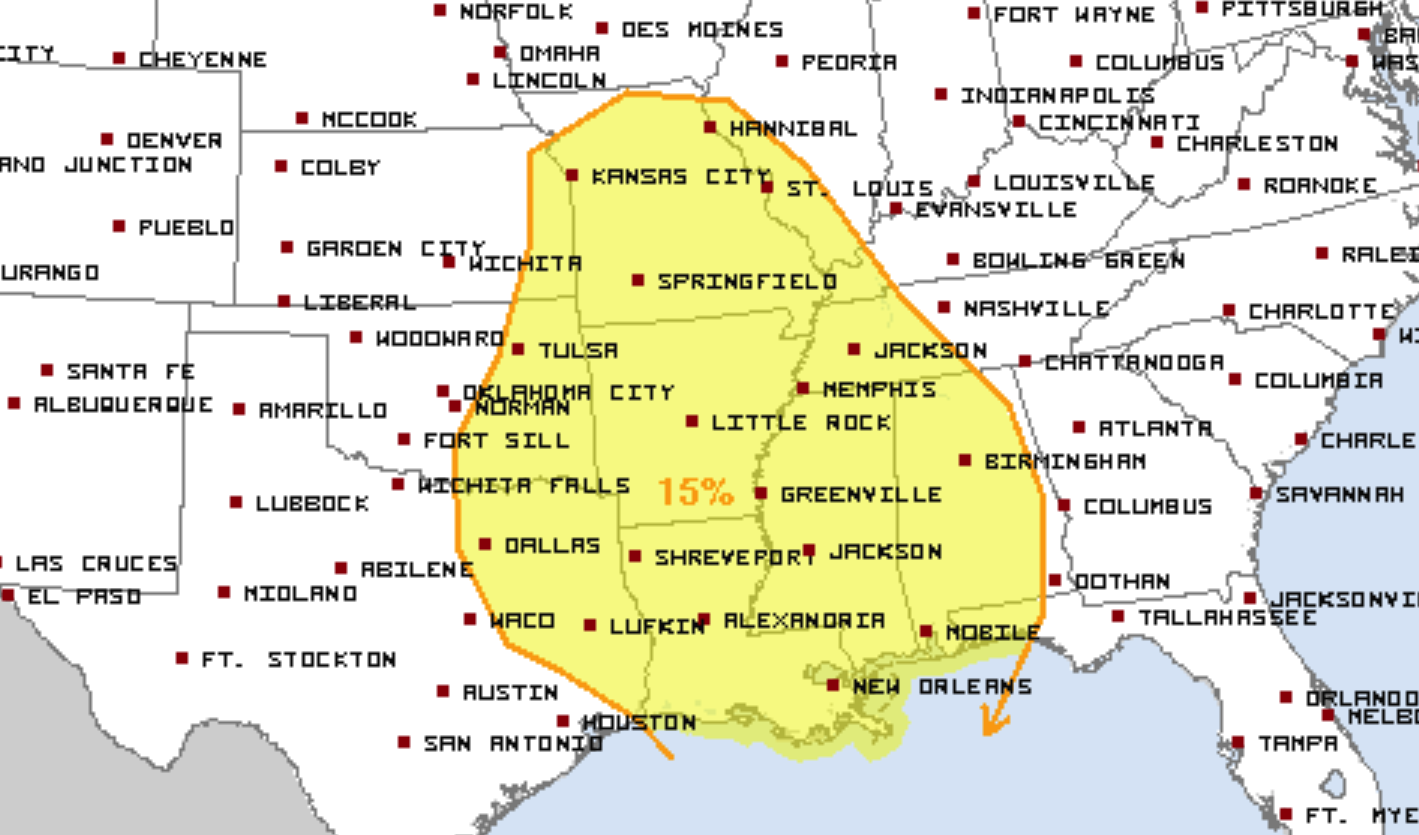 Medium-range models are in reasonable agreement through roughly Day 5 (Saturday 3-9), with respect to spatial positioning of the main synoptic features.

The GFS remains the more aggressive model with respect to deepening of the upper trough as it crosses the Rockies Day 4 and the Plains Day 5, and thus likewise depicts a much stronger surface cyclone during the Day 5 period. Beyond Day 5, the faster GFS outpaces the slower ECMWF, to the degree that confidence in the potential for accuracy in a convective forecast beyond Day 5 is too low to warrant any areal inclusions.

In the Day 4 to 5 time range, when model agreement is higher, it appears that elevated convection will evolve across portions of Oklahoma and Kansas, and possibly northward into Nebraska. However, confidence is not high enough that any hail risk evident at this point warrants a Day 4 area. Day 5, a surface cold front is progged to sweep across the central and southern Plains and into Missouri/Arkansas through the day, and then quickly eastward across the Mississippi River into the Ohio and Tennessee Valleys overnight.

While the strongest large-scale ascent is progged at this time to sweep across the Ozarks vicinity during the day, as the trough takes on a negative tilt, substantial questions remain as to the degree of moistening/destabilization that will be able to occur this far north. Greater severe risk may, therefore, remain farther south, from east Texas/Louisiana across the Lower Mississippi Valley region, and possibly into the central Gulf Coast states late.

Aside from questions regarding instability, this appears likely to be a strongly dynamic system with strong flow/shear covering a broad area. As such, damaging winds, and potential for tornadoes is evident at this time. At this time, a large 15% probability area will be issued centered on a north-south zone from Missouri to the Lower Mississippi Valley, with additional areal, and risk-level, refinements to be made in subsequent outlooks.

Stay Tuned For Updates On Our Facebook Found Here