It should be noted that there are two sides to this LARGE complex system. Read the latest on Winter Storm Eboni

Damaging winds, a couple of tornadoes and large hail are the primary threats however Heavy rainfall could also lead to some localized areas of flash flooding from Texas into Oklahoma and southern Kansas. 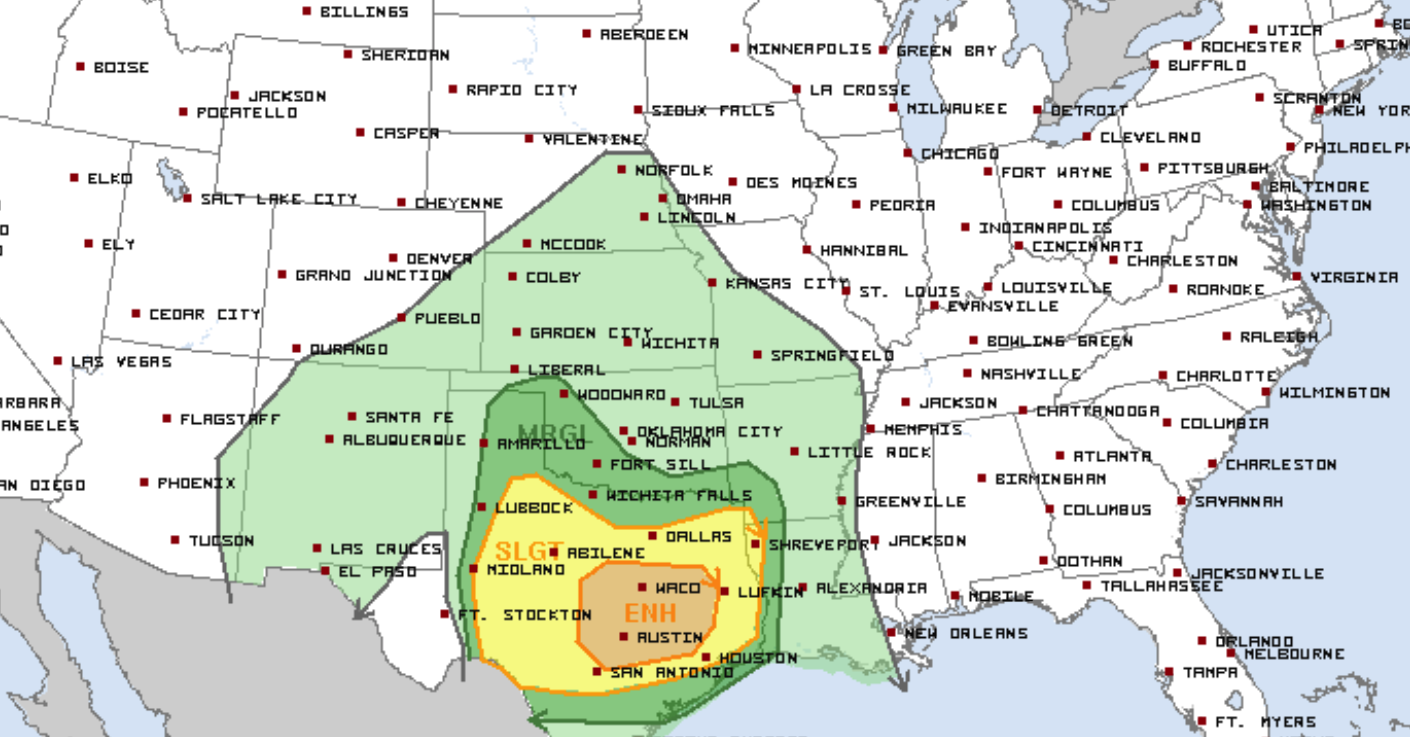 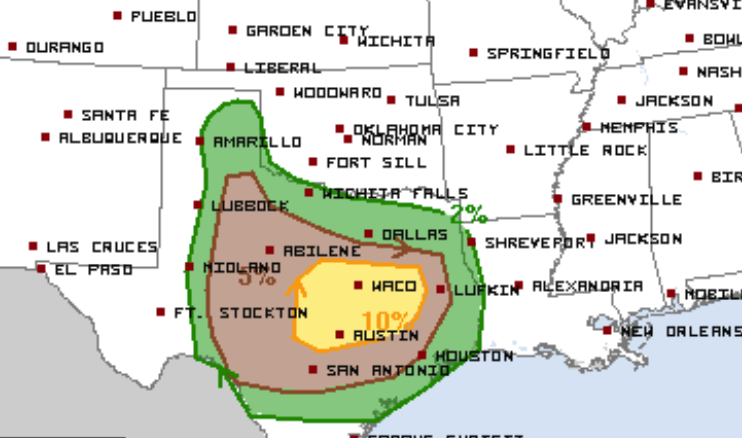 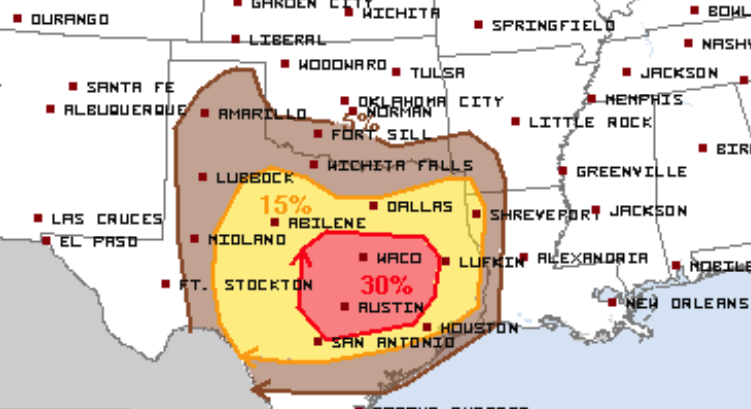 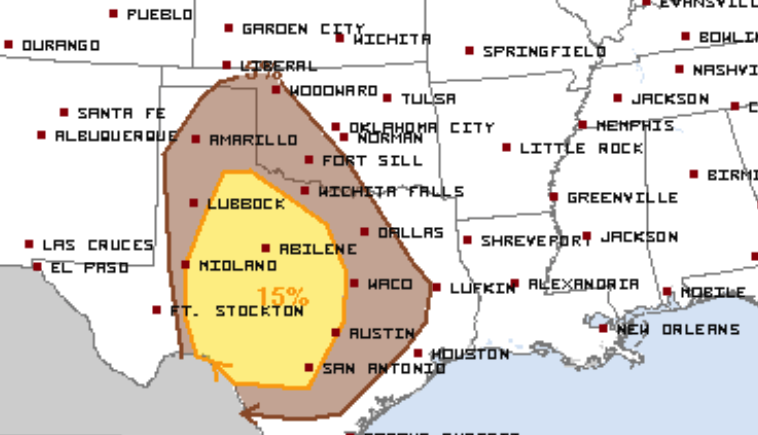 Looking Ahead Into Thursday…

The threat of severe storms will shift eastward into the lower Mississippi Valley and parts of the north-central Gulf Coast. An ongoing squall line will move into western Louisiana and coastal southeast Texas Thursday morning, then continue eastward into Louisiana, Mississippi and western Alabama during the day. Damaging winds and a couple of tornadoes will be the main concerns. Heavy rain may also yield some areas of localized flash flooding from the northern Gulf Coast into the southern Appalachians. 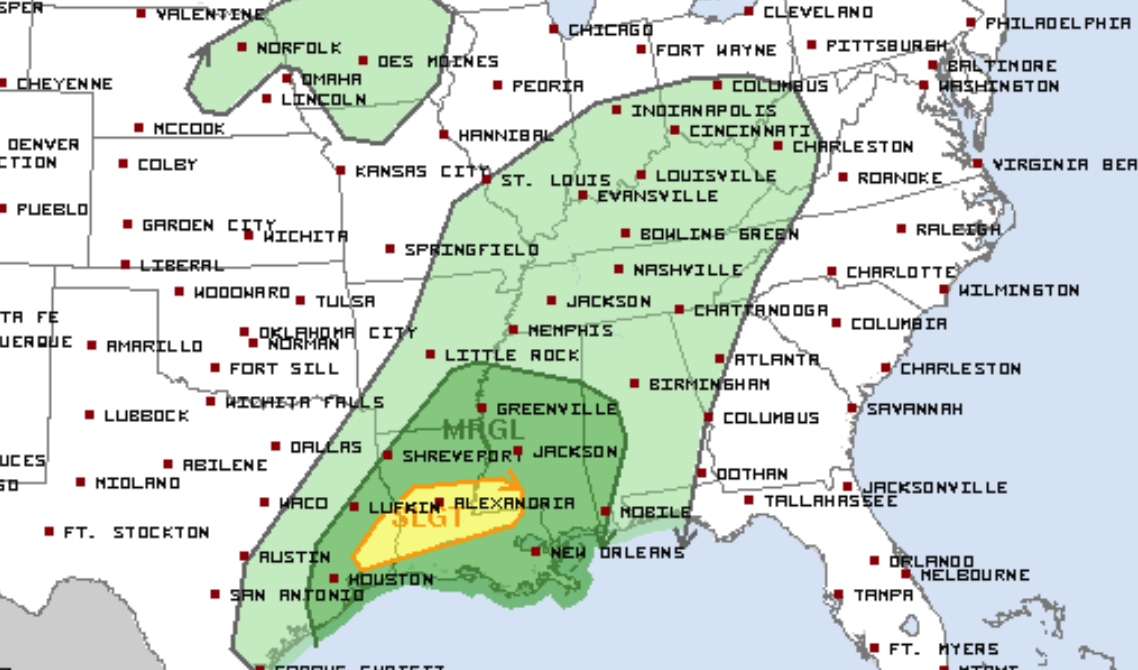 The probability of severe weather

Now is a good time to make sure your Weather Radios are on and working! Things could get bumpy!