Severe thunderstorms appear possible through tonight over a broad part of the central U.S., with the greatest threats over parts of southeastern Nebraska/southern Iowa/northern Missouri, and from parts of the eastern Ozarks to the lower Ohio Valley 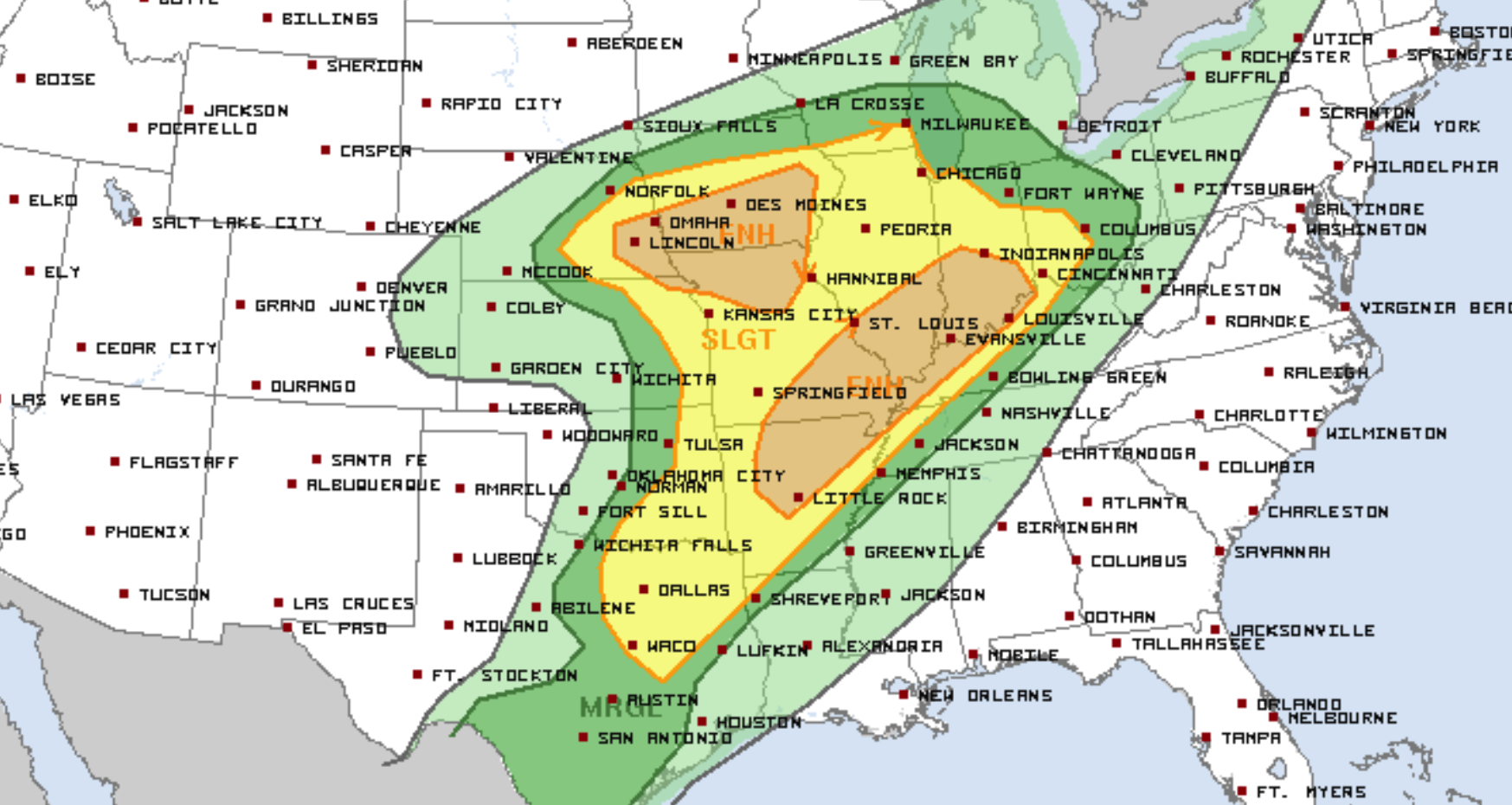 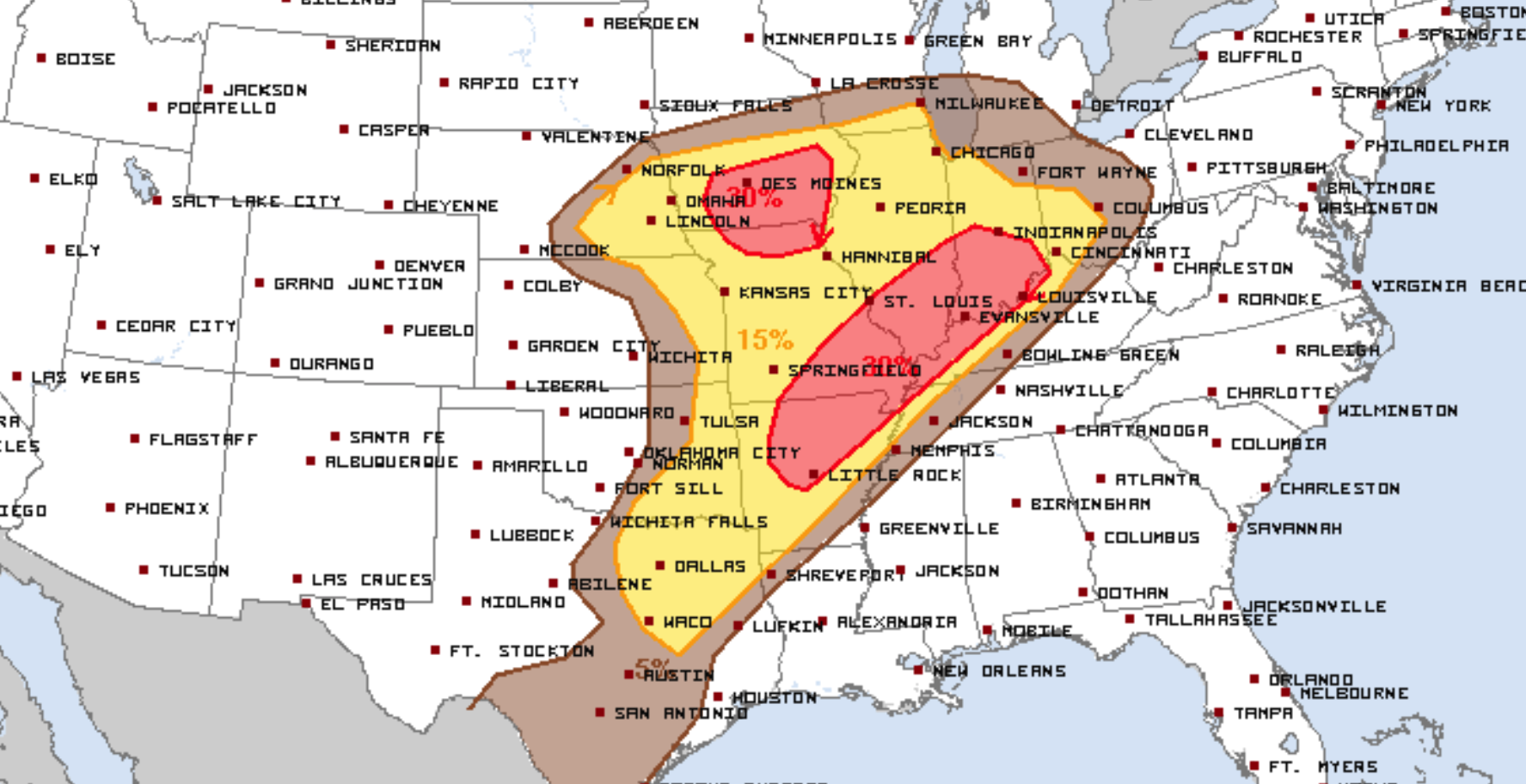 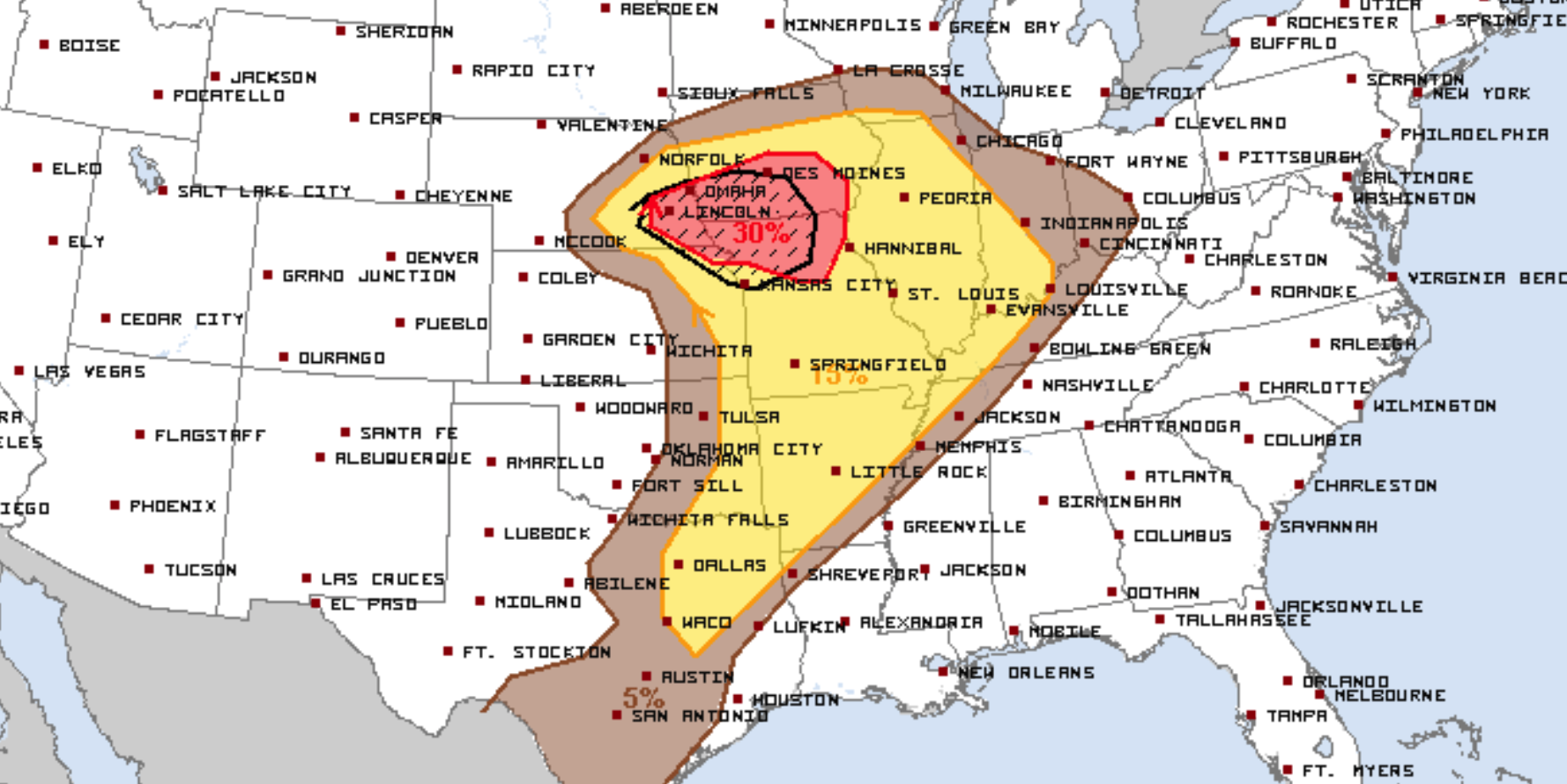 An ejecting low-amplitude shortwave trough and its broad, strong low-level jet is resulting in a favorable kinematic environment for organized severe storms over a broad region today. However, widespread areas of rain and clouds are slowing destabilization over a large part of the warm sector.

Pockets of heating will eventually promote gradual destabilization over a portion of this region with additional storms expected to intensify along warm conveyor belt from eastern portions of the southern Plains into the lower MS Valley and OH Valley region.

Scattered thunderstorms, including several supercells should develop in one or two arcs today, near the southern NE/IA warm front and across parts of northeastern KS/northwestern MO, near the nose of a low/middle-level dry slot forced by the ejecting shortwave trough.

Deep-layer forcing for ascent will strengthen through the day as the mid/upper perturbation approaches. The related mass response will lead to increasing low-level lift and backing of surface flow along and very near the warm front, though veered surface winds are probable southward into the warm sector.

The frontal zone will act as a localized low-level SRH/lift maximum, supporting tornado potential with any storms that can maintain enough residence time in it before encountering too much poleward stable air.

Buoyancy should decrease eastward amidst weaker lapse rates, and westward amidst less moisture. Deep shear will be highly variable under strongly difluent mid/upper-level flow, with contribution from near-frontal backing, but generally stronger near the Missouri Valley and over IA.

The convective regime and associated severe potential should spread eastward across the outlook area into early evening.