Severe thunderstorms capable of damaging winds and perhaps a tornado are possible across much of Florida, and possibly into eastern North Carolina Thursday. The forecast remains on track for severe weather across portions of the coasts of Florida and the Carolinas tomorrow, with an enhanced risk issued for eastern Florida. Damaging wind gusts and isolated tornadoes are possible. 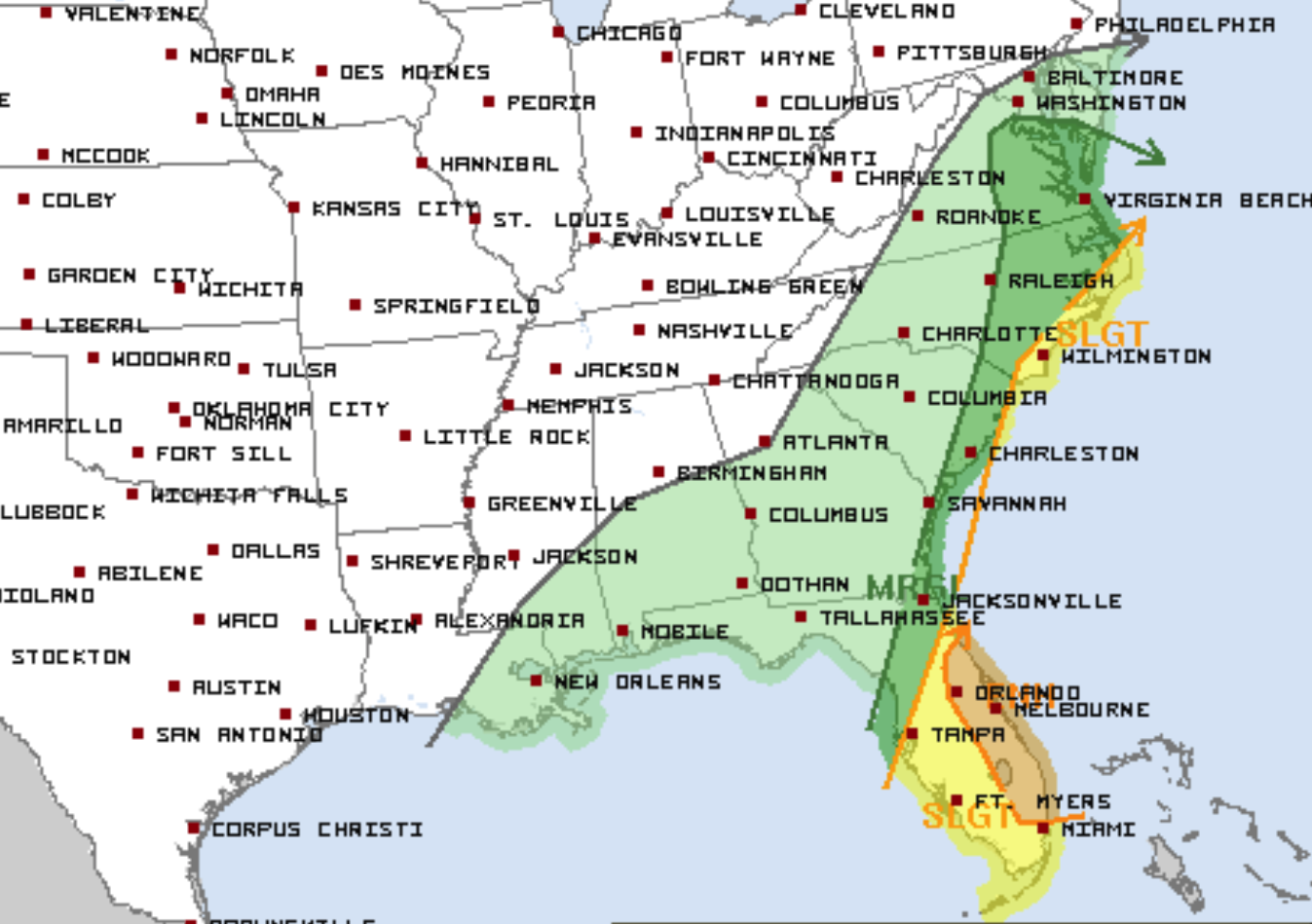 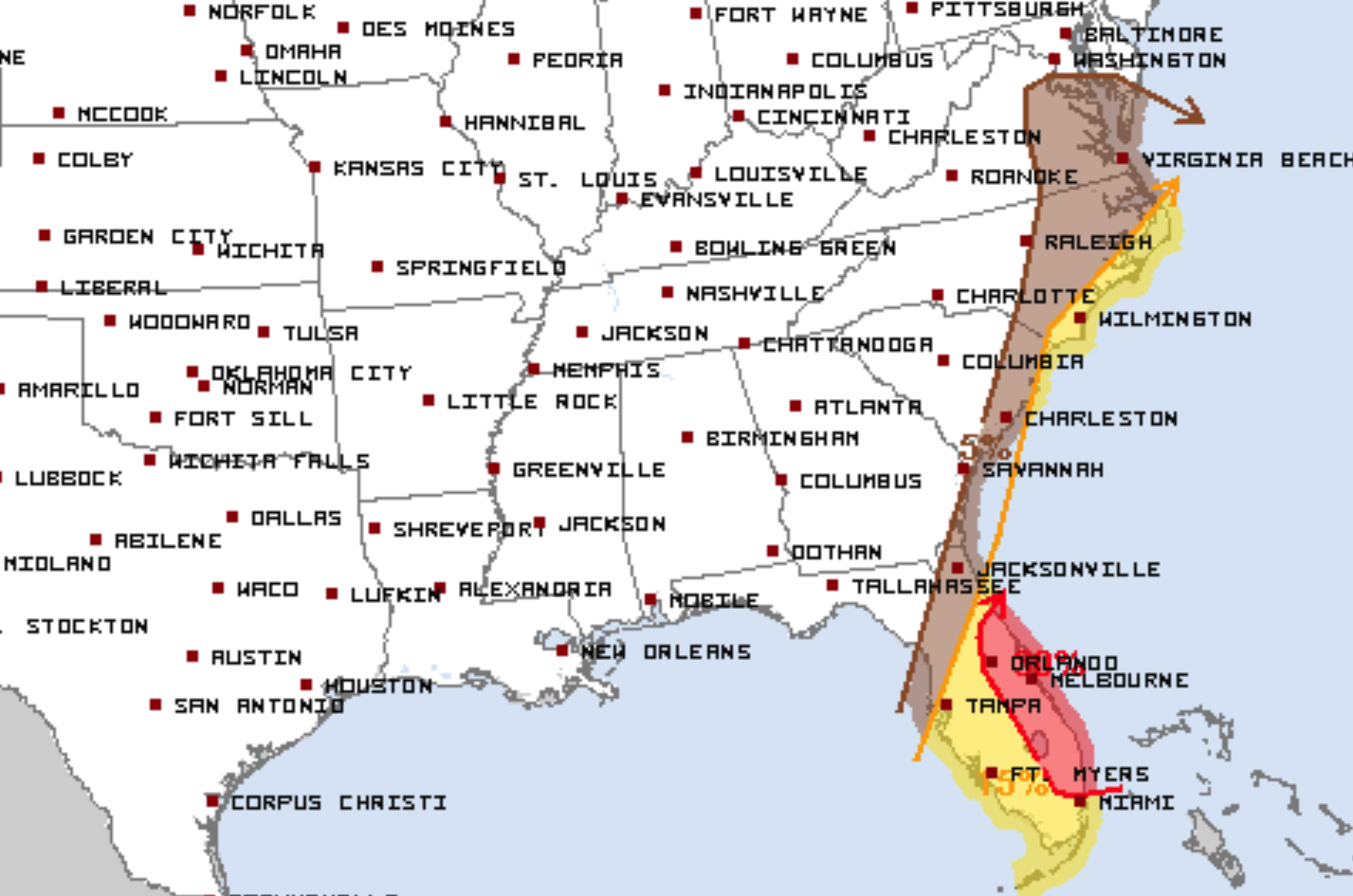 Widespread thunderstorms are expected over the Gulf of Mexico Thursday morning, with some severe threat early in the day along the west coast as storms move onshore. Instability will initially be weak, but strong low-level winds will allow for dewpoints to rise rapidly with mixing. As such, a few severe storms may persist into central and eastern FL. The slow eastward movement of the storms may allow for heating to occur and some diurnal uptick in intensity especially over eastern FL. Damaging winds appears most likely given the strong wind fields and likelihood of boundary layer mixing during the afternoon. Storms will likely be oriented along lines with some areas of embedded rotation. A line of storms associated with the lagging cold front will also affect much of southern FL late through evening, and damaging winds will remain possible there as well.

Southeast surface winds will gradually allow for mid 60s dewpoints to move onshore during the day, with lift becoming strongest during the evening when southeasterly 850 mb winds increase to over 60 kt. Models indicate that the boundary layer may become unstable enough to support severe wind or an isolated tornado threat, but mainly near the coast. Large looping hodographs would certainly support a tornado threat if surface-based inhibition is not too strong

Very strong warm advection wind profiles will materialize during the evening, with increasing lift possibly resulting in shallow forced convection. While the boundary layer will likely remain stable, given the strong wind speeds a rogue damaging wind gust cannot be