The greatest severe-storm potential today into tonight will shift from eastern parts of Oklahoma and Texas toward the lower Mississippi Valley. 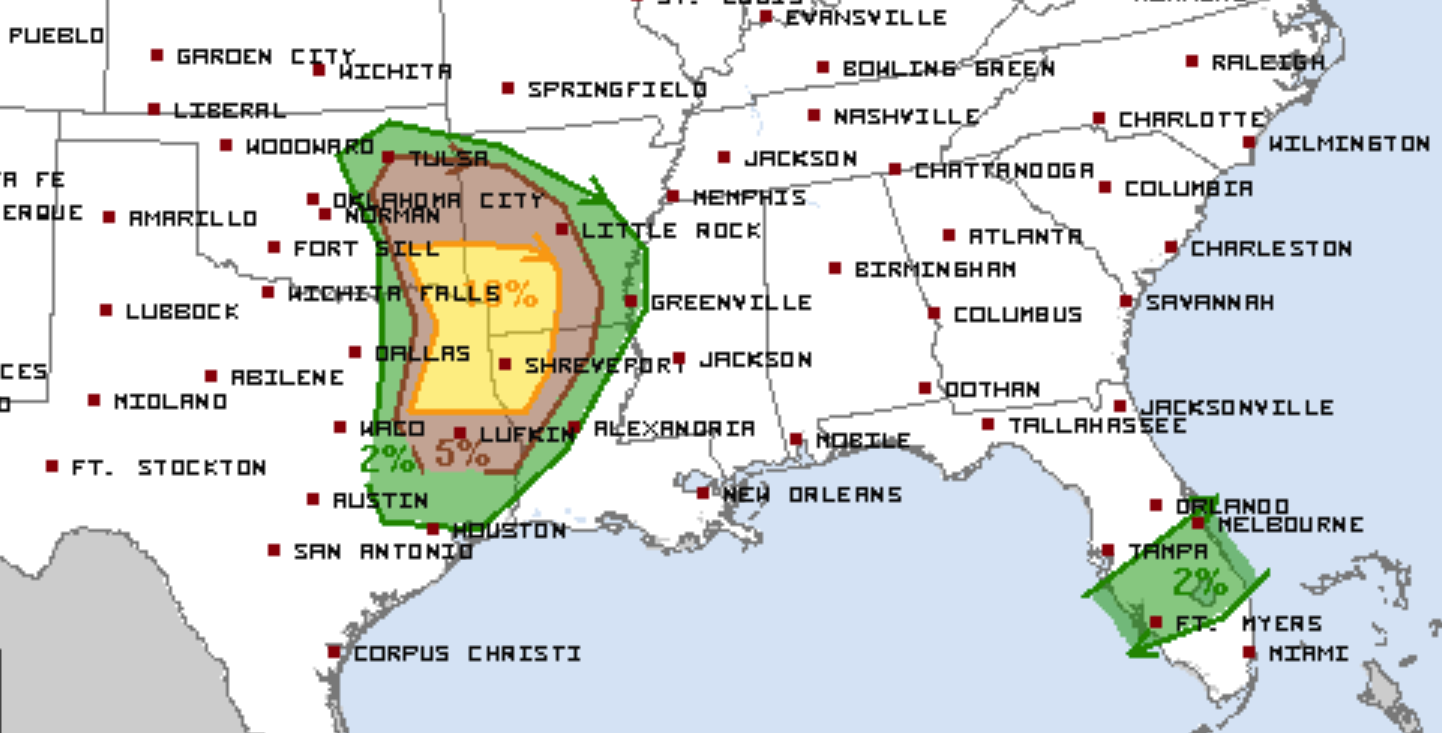 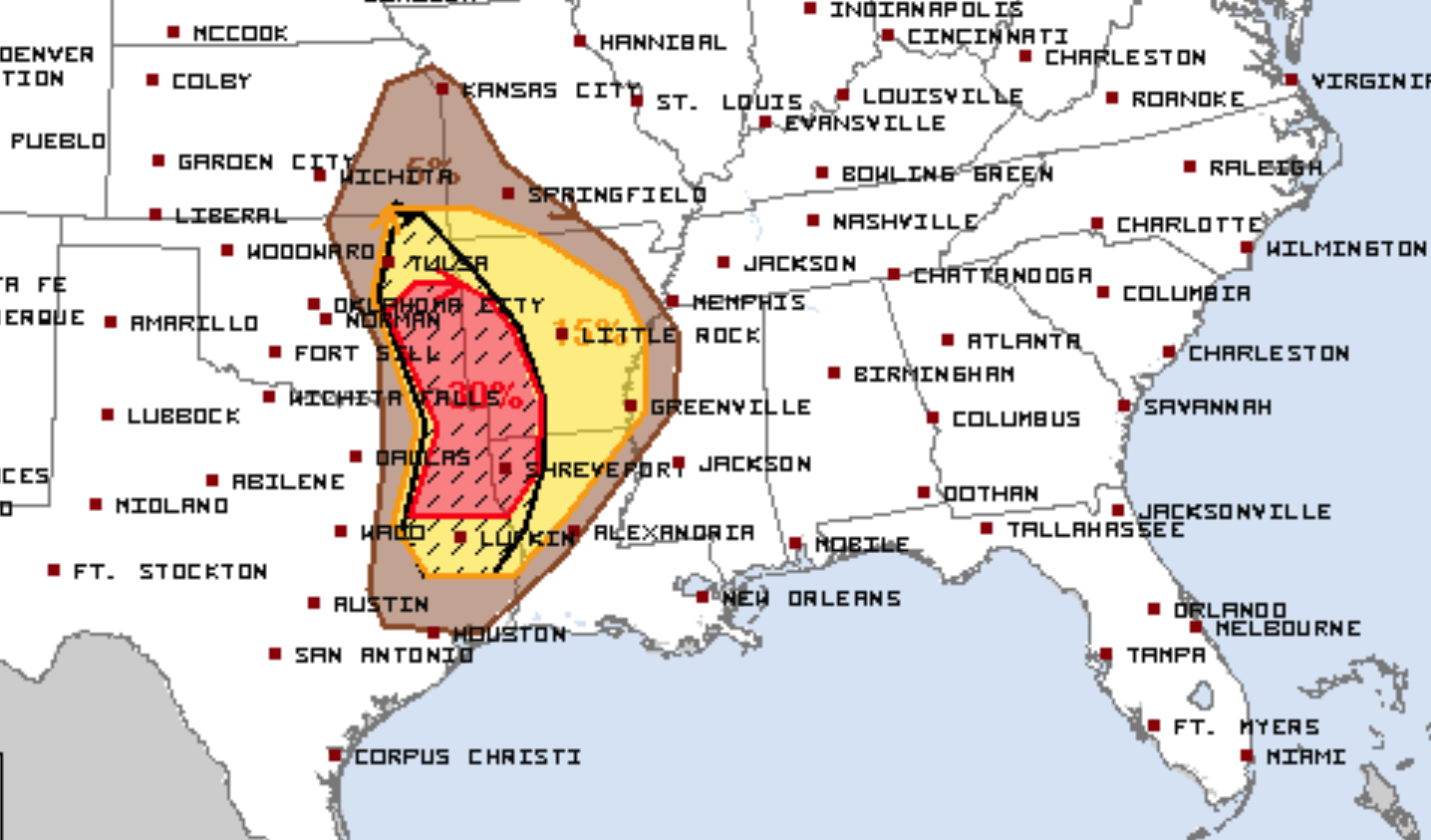 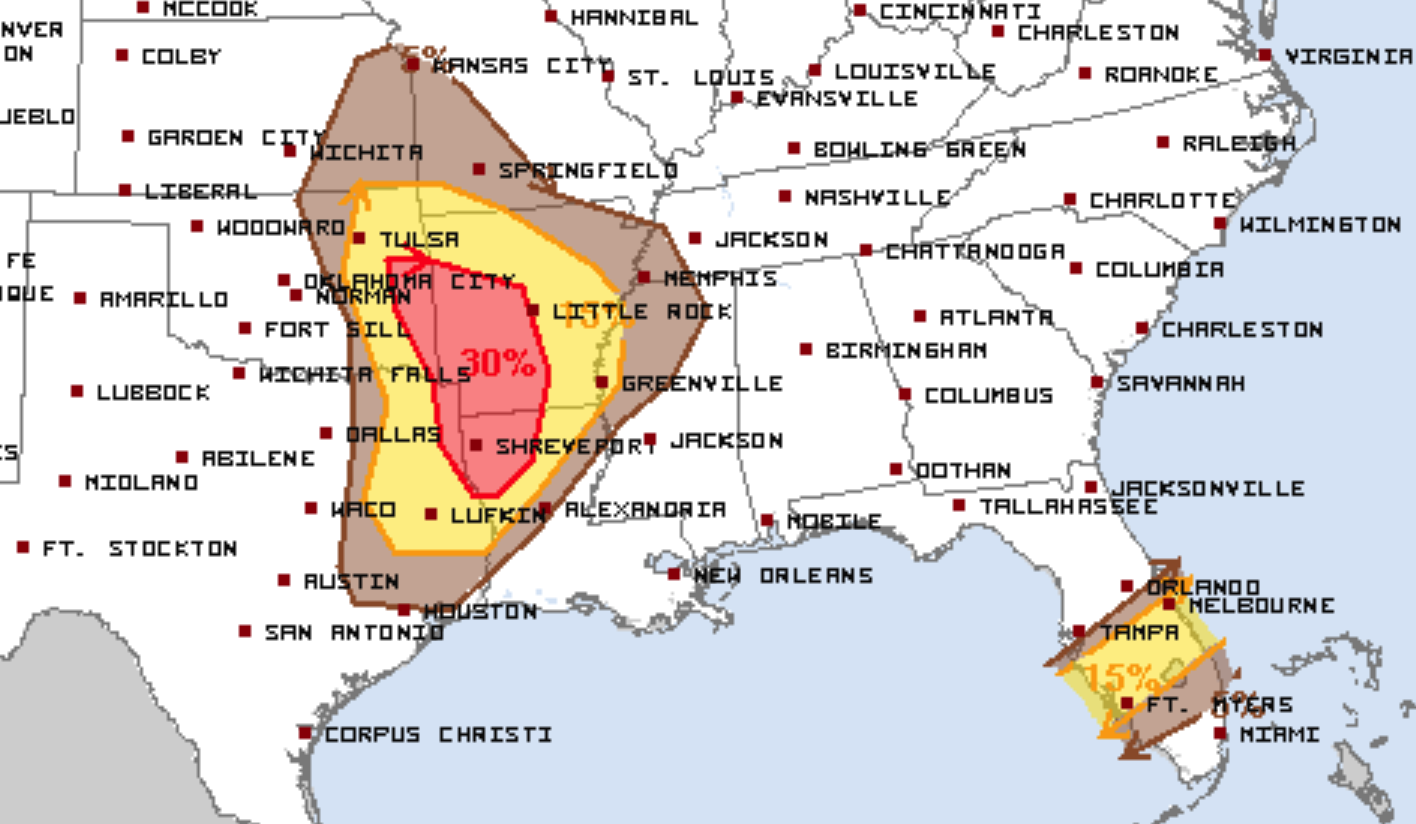 Scattered thunderstorms are expected to develop this afternoon near the surface low, an inverted trough/weak frontal zone extending poleward of the low, and the cold front. The greatest severe potential at first will be large hail, with a few tornadoes possible (especially southward into more-favorable moisture). Damaging gusts should become more common with time into the evening as activity shifts eastward. 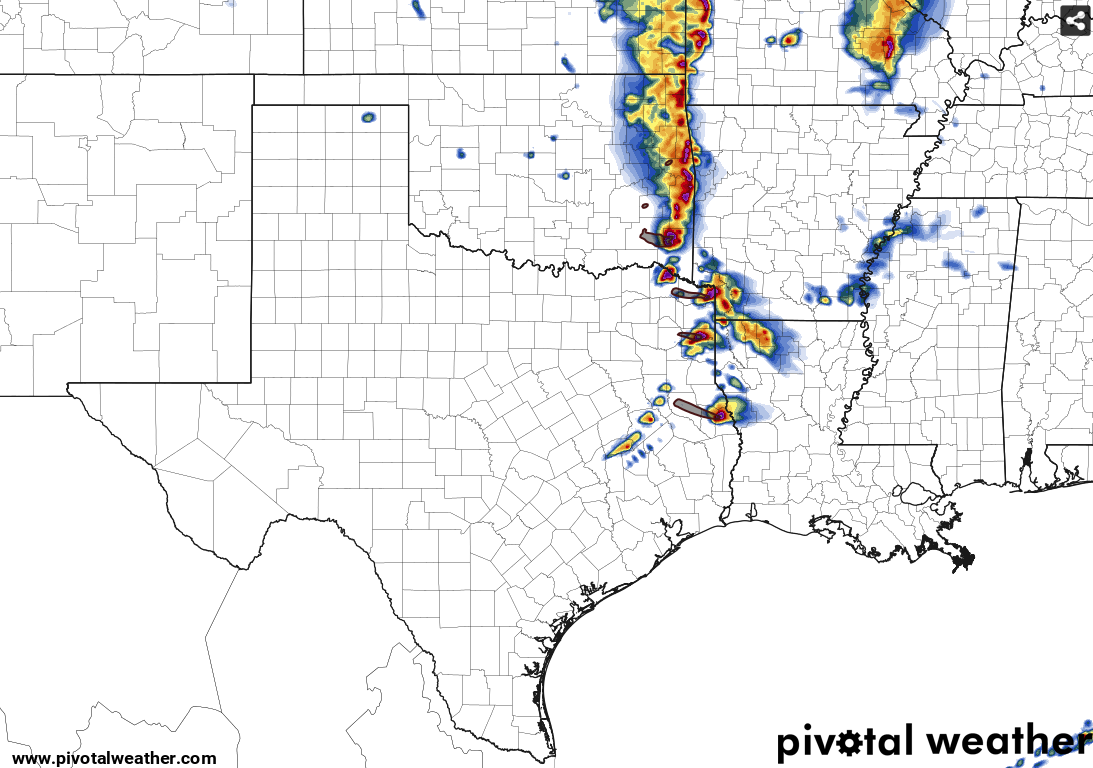 The greatest potential for rich low-level moisture return should be from southeastern OK and the Arklatex southward, beneath favorable deep shear. Meanwhile, mass response to the low and midlevel perturbation will be strongest in the area of marginal but adequate low-level theta-e will weaken southward toward the Gulf. Associated low-level convergence becomes more uncertain south of northeast/ east-central TX. As such, the most favorable buoyancy/shear parameter space for sustained and potentially tornadic supercells should be across northeast TX, southeastern OK, and adjoining parts of southwestern AR and northwestern LA. By contrast, favorable MLCAPE and shear for supercells — including those capable of very large/damaging hail — will be over a more north/south-elongated swath of the region, before potential upscale merger/growth transitions the threat toward wind-dominant modes. The severe threat is expected to diminish gradually overnight as the convection moves into a more-stable air mass, somewhat outpacing the geometry of its supportive return-flow plume. 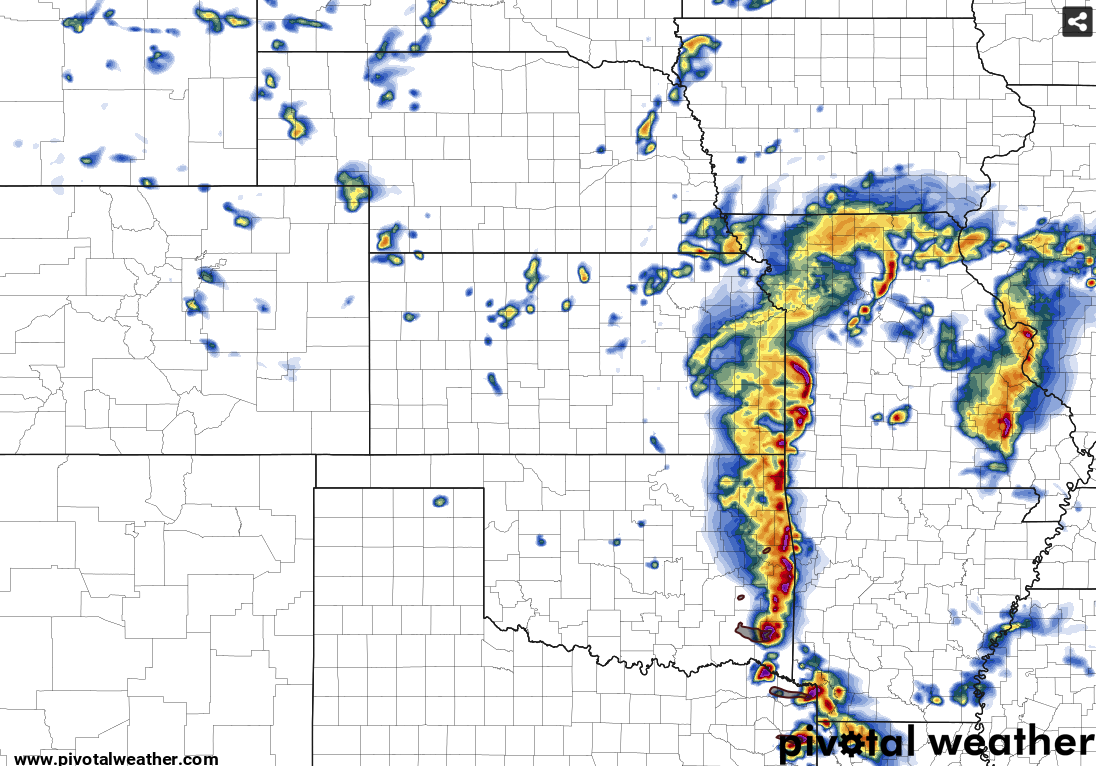