Severe thunderstorms capable of tornadoes, large to very large hail, and severe gusts are possible across parts of the Dakotas and Minnesota.

NOTE – A risk for tornadoes may also develop across the central Gulf Coast region in association with the landfall of Tropical Storm Cristobal. 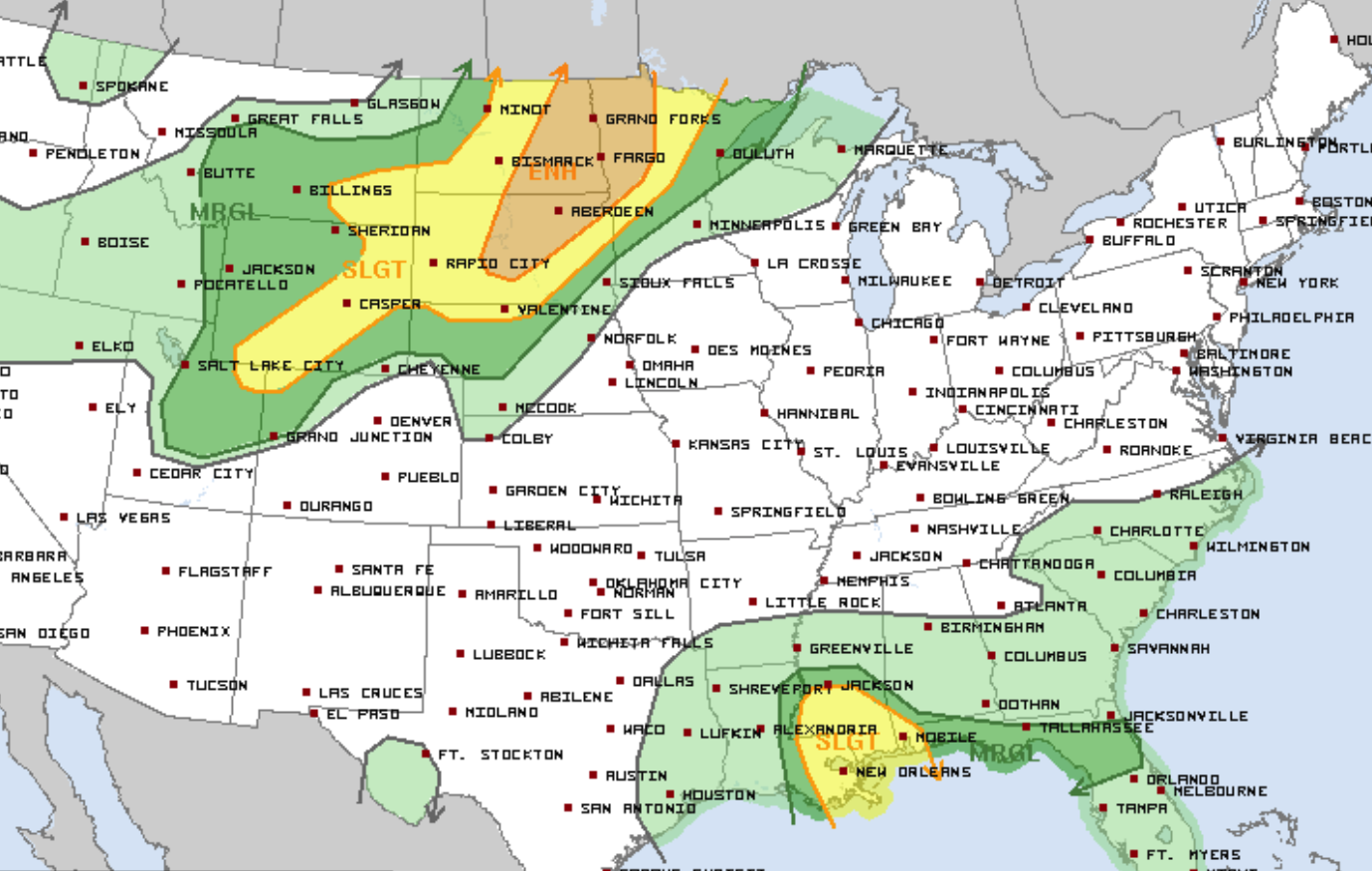 Preceding the northern Rockies/Great Basin-centered upper trough, a belt of strong southwesterly mid/high-level winds will overspread the north-central High Plains and Dakotas to northern Minnesota through tonight. Southerly low-level winds will contribute to moisture streaming northward through the eastern Dakotas during the day.

Strong heating and the increasingly rich low-level moisture will yield a moderate to very unstable air mass, particularly across central/northeast South Dakota into eastern North Dakota and northwest Minnesota. In this corridor, upwards of 3000-4000 J/kg MLCAPE is expected in association with surface dewpoints in the middle/upper 60s to around 70 F. 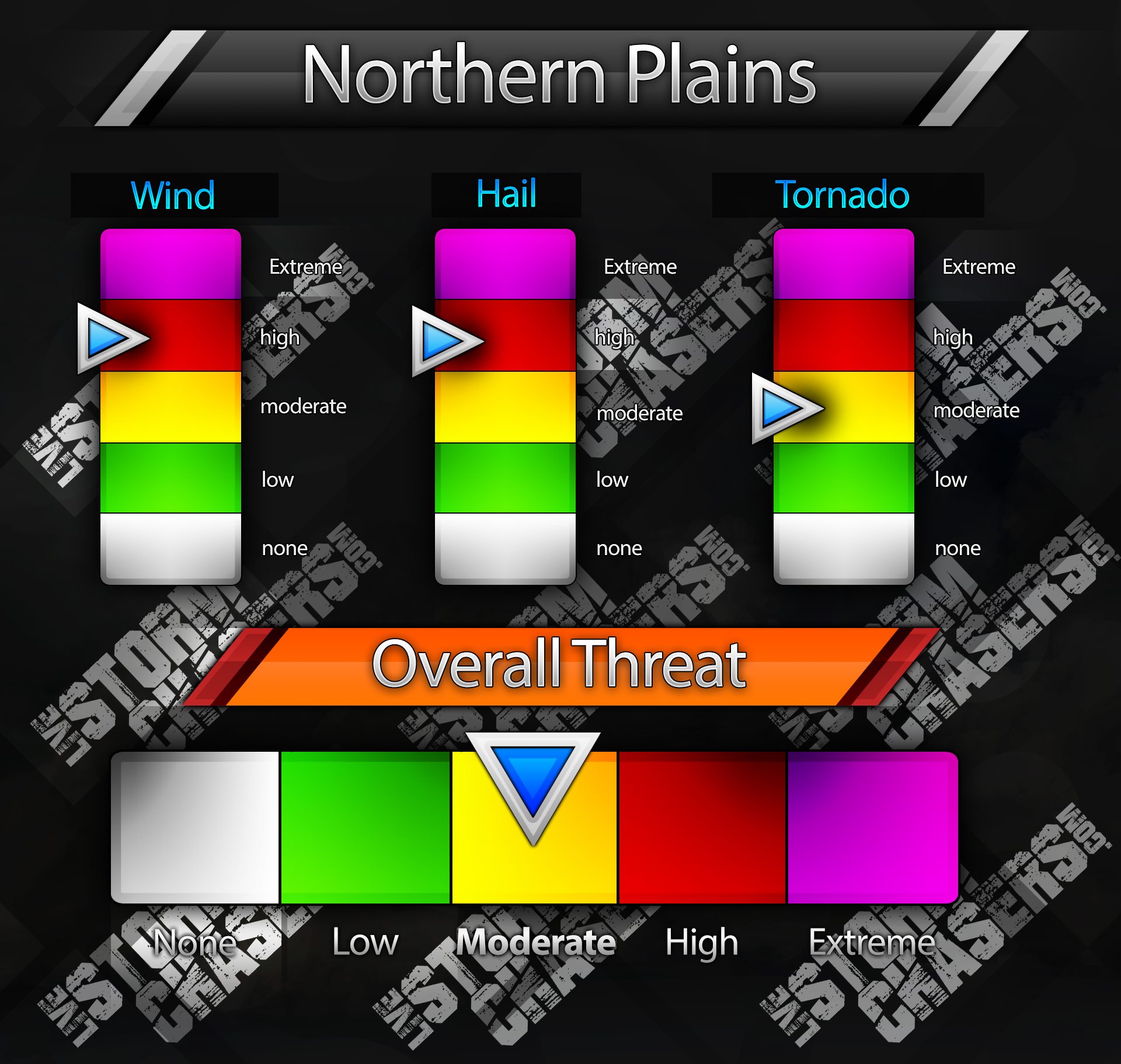 The most intense surface-based development is expected by mid/late afternoon near/northeast of a weak surface wave and near/just east of a southward-extending trough across central South Dakota, and north-northeastward across eastern North Dakota/far northwest Minnesota toward the warm frontal vicinity.

Given the degree of instability and long hodographs with robust 50+ kt effective shear, intense supercells capable of very large hail are initially expected within this corridor.

Other storms developing near/behind the front across the Black Hills vicinity and northeast Wyoming/southeast Montana toward west-central North Dakota will also pose a severe risk as they quickly spread northeastward late this afternoon and evening.

Large hail aside, several tornadoes are possible, including the possibility for a STRONG tornado or two. Such a strong tornado threat would be heightened pending a maintenance of some semi-discrete supercells through the early evening (roughly 00Z-03Z time frame).

This is when low-level jet aided shear/SRH is expected to appreciably strengthen across north-central/northeast South Dakota into eastern North Dakota/northwest Minnesota. 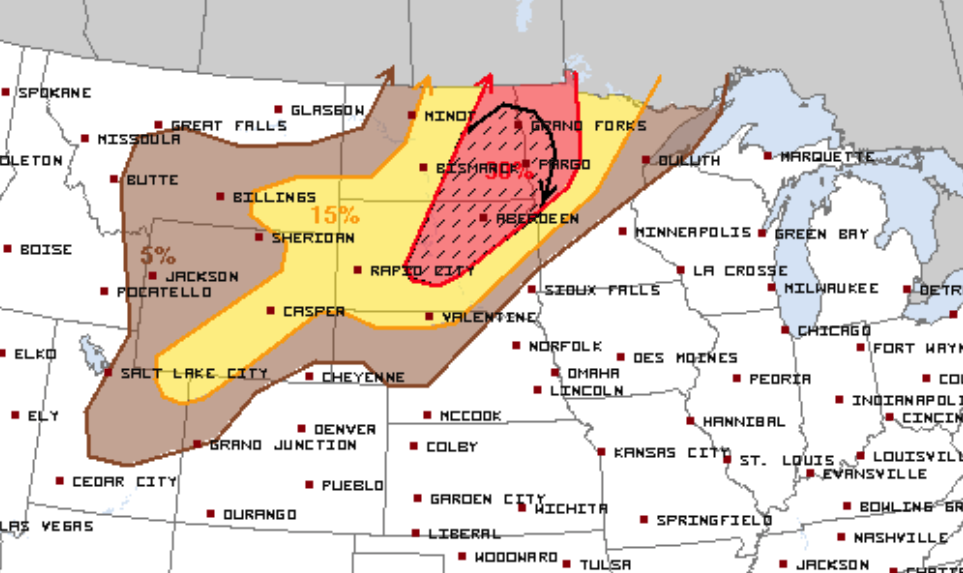 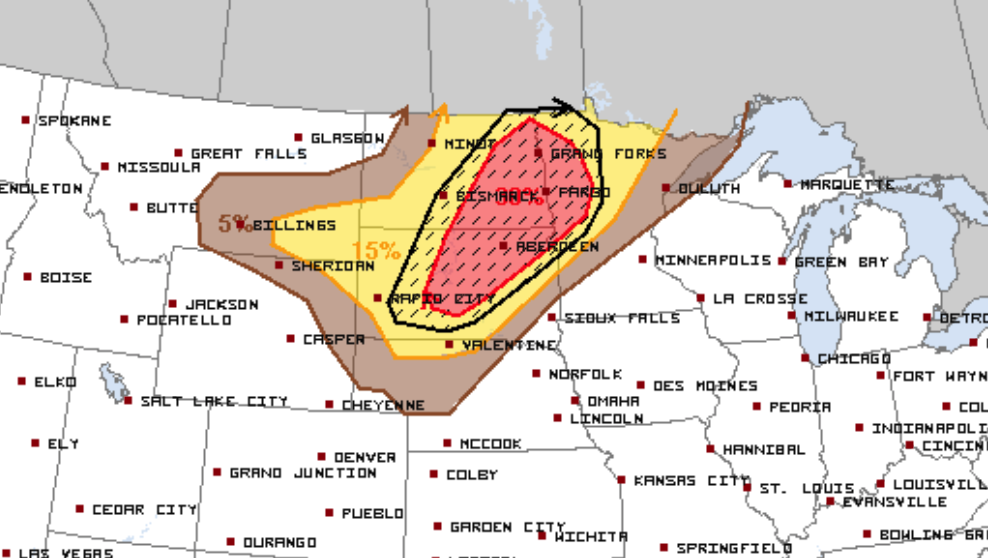 The potential will exist for thunderstorm-related severe-caliber wind gusts this afternoon/early evening, particularly across northeast Utah/northwest Colorado into Wyoming. That said, the severe risk is not expected to be quite as intense or widespread as yesterday.

As Cristobal approaches the southeast Louisiana this afternoon, low/mid-level winds are forecast to gradually intensify particularly across southeast Louisiana and southern Mississippi/Alabama and western Florida Panhandle. Diurnal destabilization will contribute to a risk for shallow rotating storms and a couple of tornadoes are possible across region.

Farther to the east, across the northern Florida Peninsula, low-level winds/shear are expected to be weaker, but potentially sufficient for a few organized/rotating storms through the afternoon. A tornado and/or thunderstorm-related wind damage could occur. SPC/Storm Prediction Center: Guyer/Leitman.. 06/07/2020 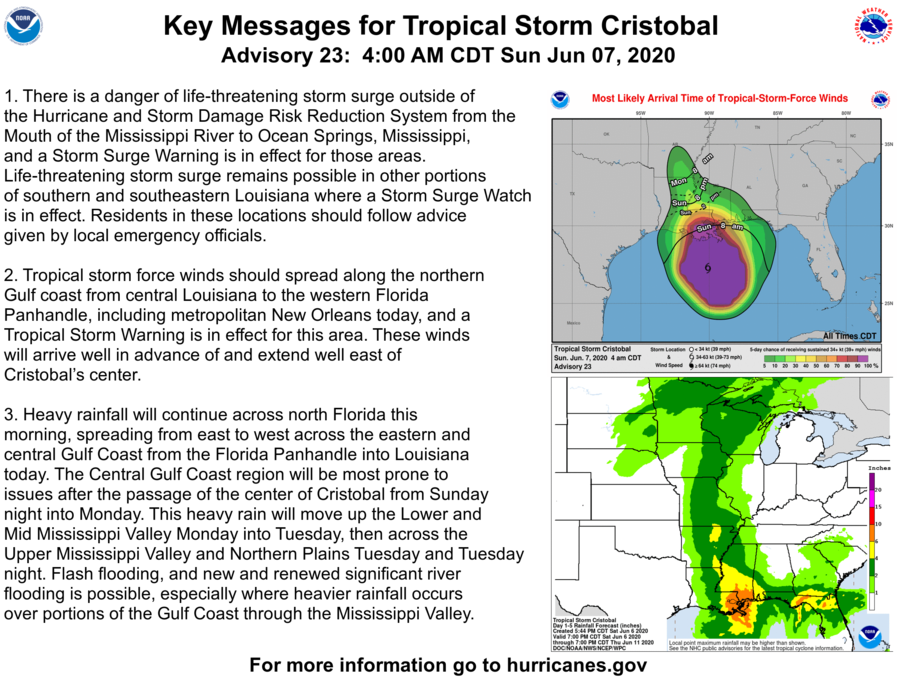 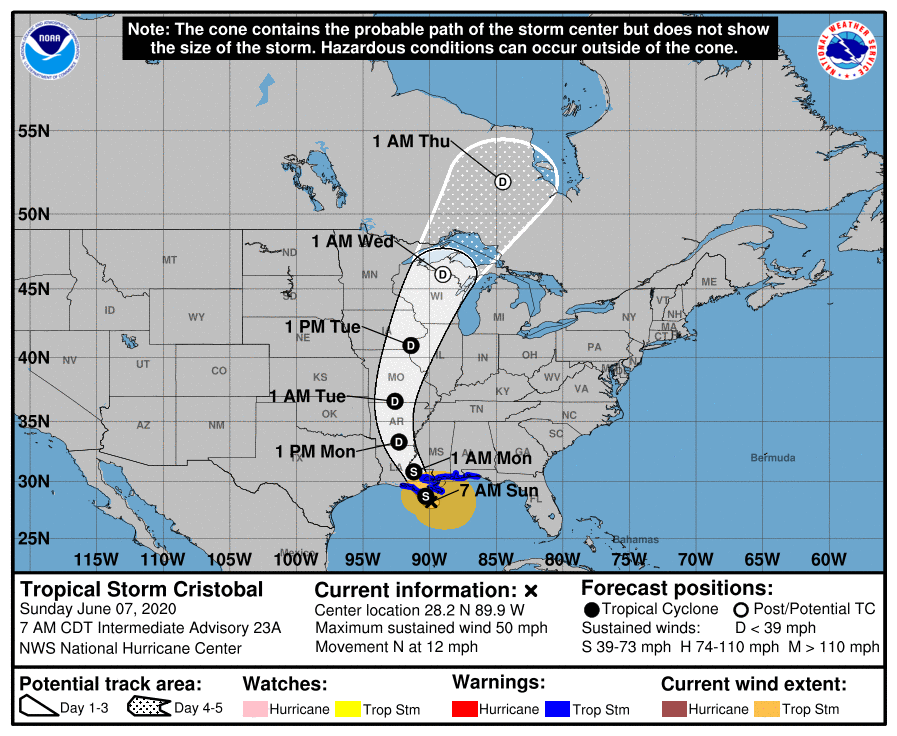