Serious multi-vehicle crash in Iowa > I-35

A serious crash and followup crash forced the use of a detour on Interstate 35 at Story City. The southbound lanes were closed just after 8 a.m. due to a multi-vehicle crash.

A cluster of accidents on I-35 near Story City Tuesday morning have blocked the southbound lanes of the interstate and caused serious injuries. 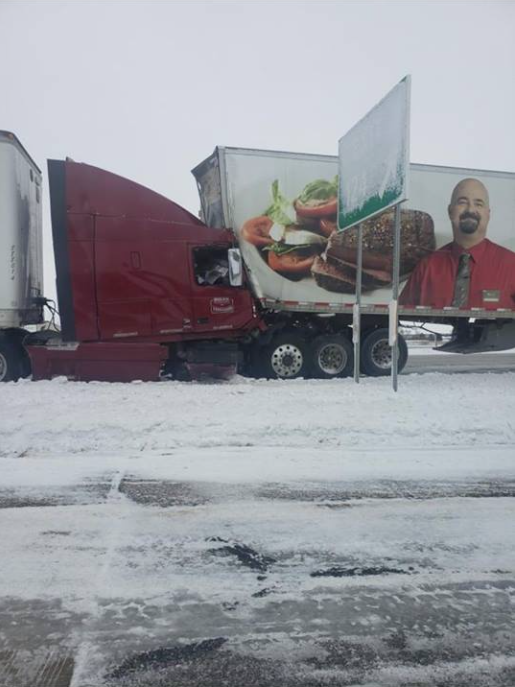 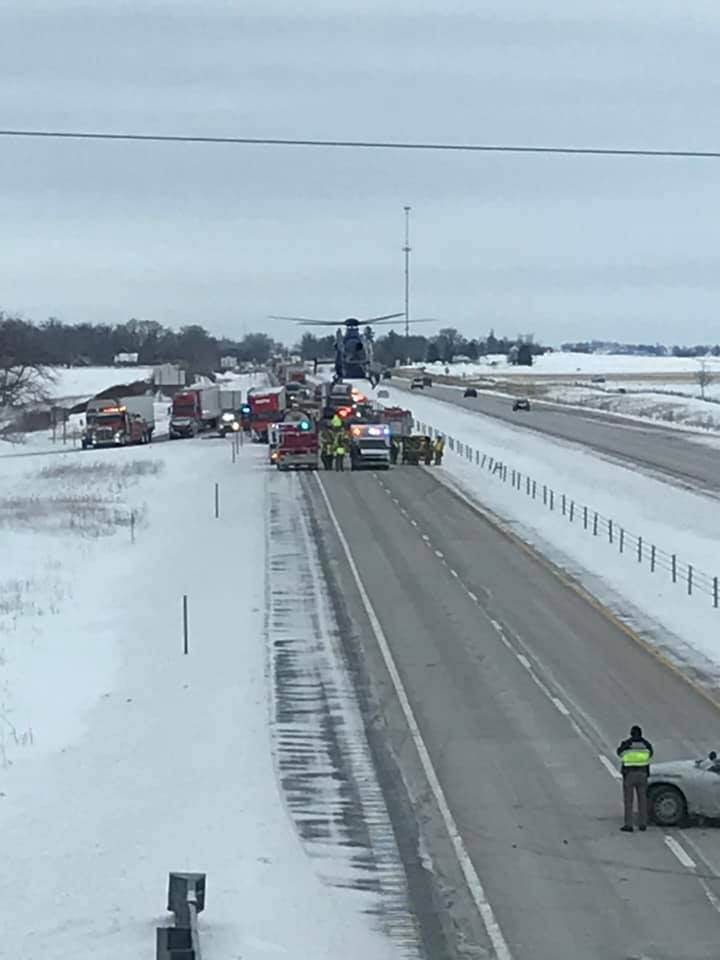 Sgt. Nathan Ludwig with the Iowa State Patrol says a two-vehicle crash at the Story City exit on southbound I-35 around 8:00 a.m. caused traffic to back up and that led to a five-vehicle crash involving three cars and two semis.

The number of people injured has not been released but Sgt. Ludwig says there were serious injuries involved. A medical helicopter was called to the scene to transport at least one patient.

The southbound lanes of I-35 remain blocked but a detour is in place using IA-175 west at the Ellsworth exit to Highway 69, then south until 130th Street and east back to I-35. 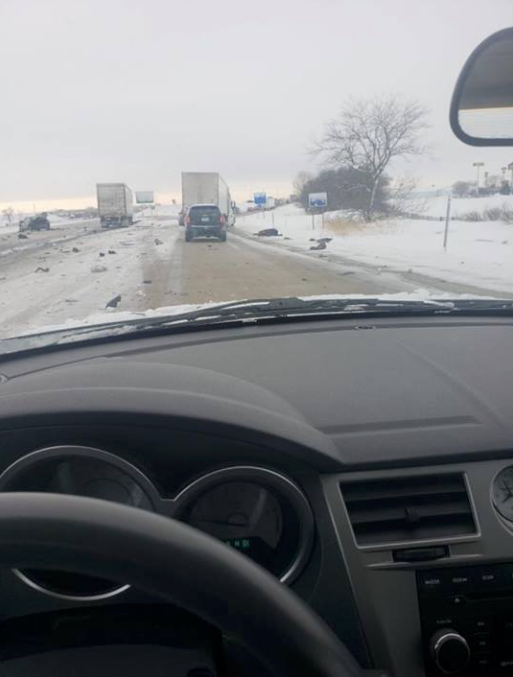 Sgt. Ludwig says it appears the crash was caused by driver going to fast in slick conditions.