Scattered to potentially widespread damaging winds are expected across parts of the Southeast States through at least this evening.

The greatest threat for tornadoes will be across eastern Mississippi and Alabama, mainly midday to afternoon. 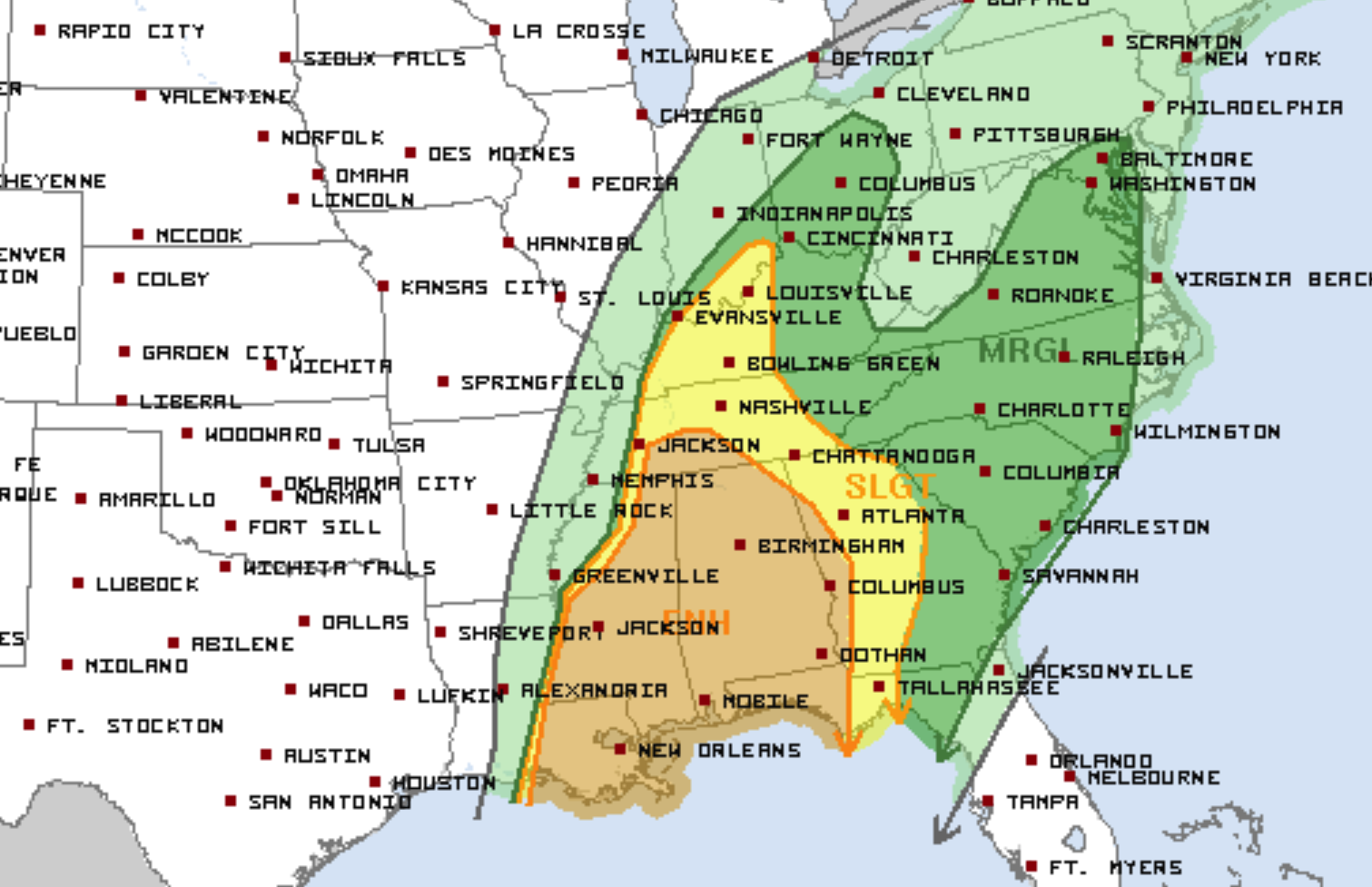 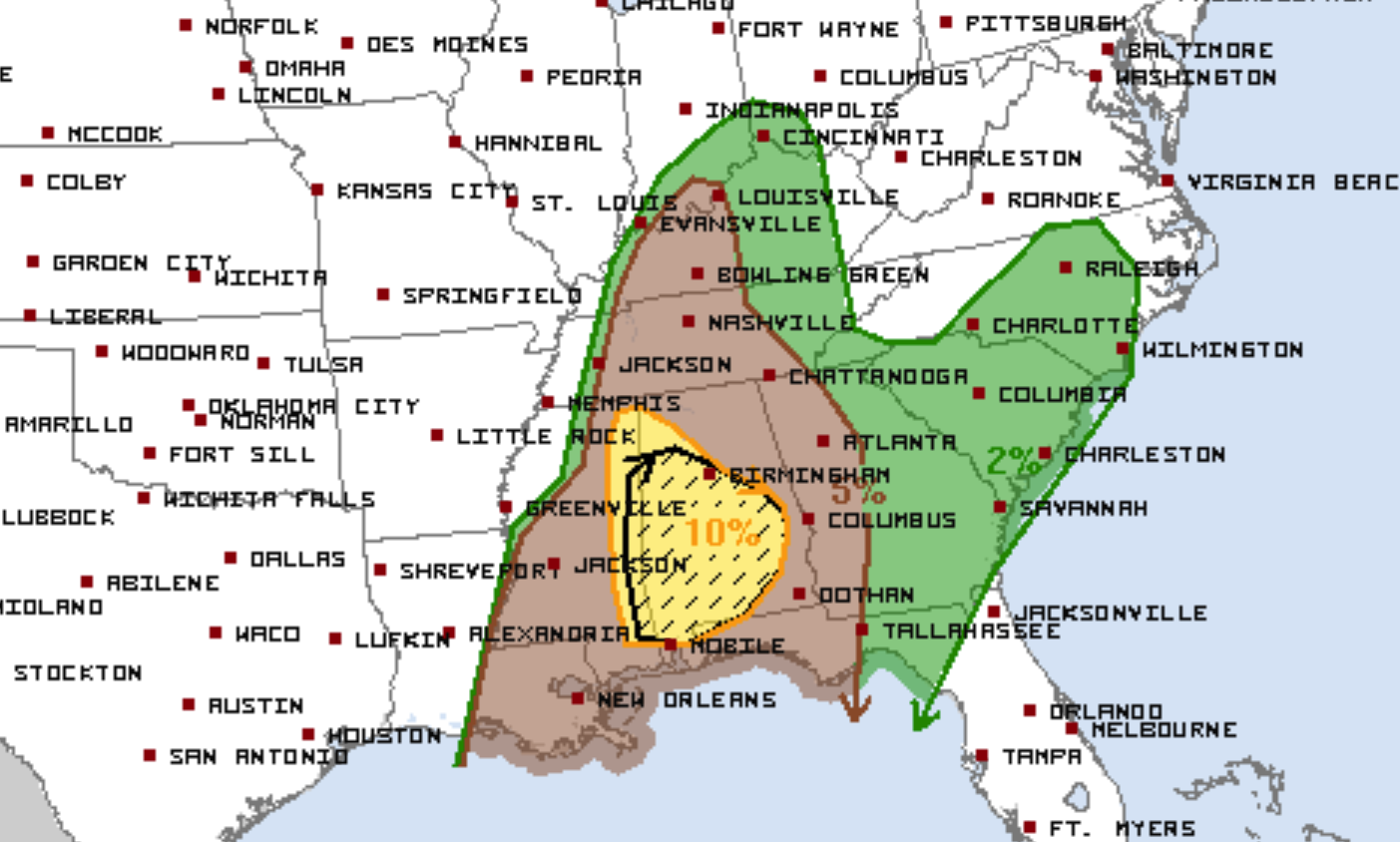 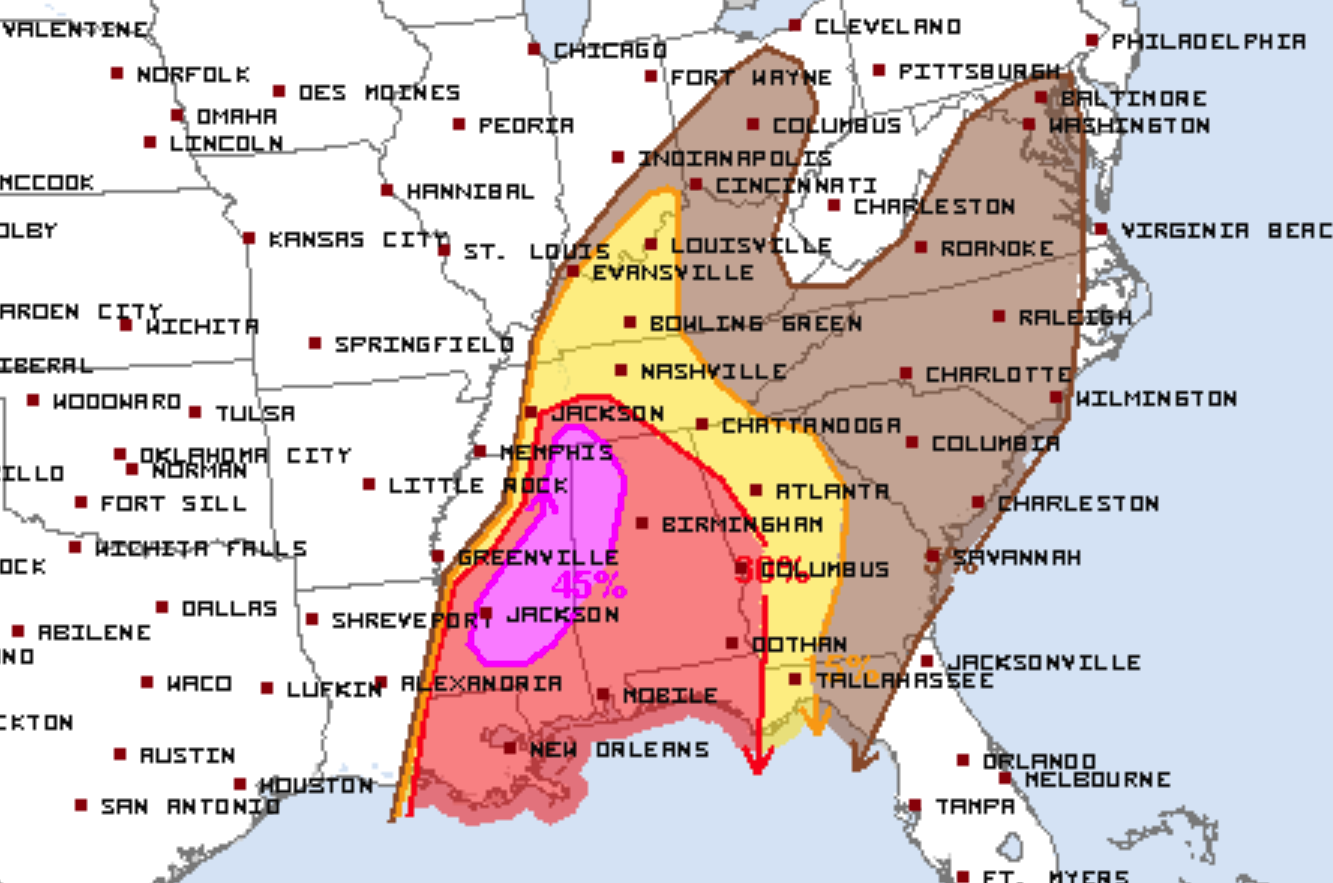 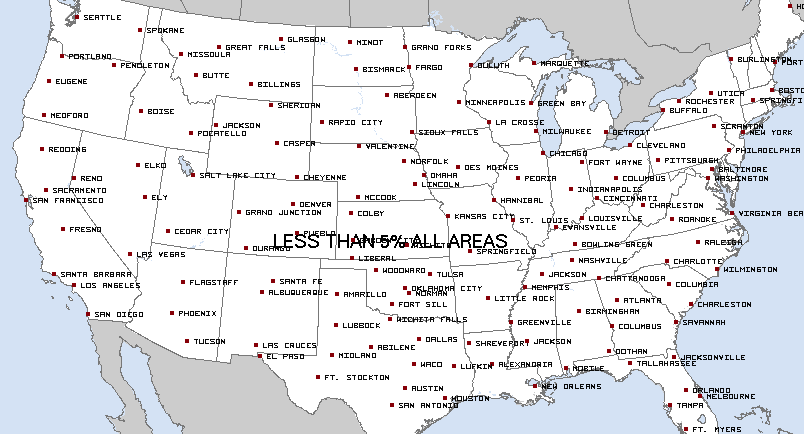 Primary change this outlook is to add a 10 sig tornado probability across AL where the potential for at least a couple strong tornadoes is evident this afternoon, and increase damaging wind probabilities to 45 percent. An extensive squall line is ongoing from western KY into the northwest Gulf.

While the northern portion of the line has recently outpaced surface-based instability, 850-700 mb winds above 75 kt will continue to support bowing/LEWP structures along with embedded tornadoes across from TN to LA this morning where 65-70 F surface dew points are prevalent.

As the powerful southern Great Plains shortwave trough ejects more northeastward today, attendant large-scale forcing for ascent will begin to wane across the southern portion of the QLCS. There are some CAMs that suggest the line may break up slightly this afternoon as it progresses into AL.

This could result in more favorable embedded supercell potential as low-level hodographs will remain quite enlarged. With the northern periphery of upper 60s surface dew points expected to translate east ahead of the line into central and southern AL, a couple strong tornadoes are possible.

By evening into tonight, increasing separation between the stronger forcing for ascent and outpacing of the remnant QLCS/convective line from greater than meager surface-based instability should yield an increasingly marginal damaging wind and tornado threat into the Carolinas and VA.