Rip Currents Are Dangerous; How to Spot Them and Survive If You’re Caught In One

Rip currents are a danger many of us may not think about while on vacation, but is a deadly phenomenon every year on America’s beaches.

A rip current is a strong but narrow current that flows away from the beach. Rip currents can form at any beach with breaking waves, including the Great Lakes. The speed of a rip current can exceed 6 miles per hour – faster than an Olympic swimmer – and can extend the length of a football field off the coast.

According to the National Oceanic and Atmospheric Administration (NOAA), about 100 fatalities a year across the nation are blamed on rip currents.

From 1999-2013, the state with the highest number of fatalities from rip currents was Florida with 297, far ahead of California and North Carolina with 63 and 62 fatalities, respectively, during that same period.

There are over 30,000 rescues per year in the United States from rip currrents.

Rip currents can be hazardous in waves that are only modest, as low as 2 or 3 feet high, conditions that make the surf look tempting to wade into.

Rip currents are particularly dangerous because they are difficult to identify, and the worst events can occur during otherwise good weather when your guard might be let down. They also tend to be strongest during low tide. 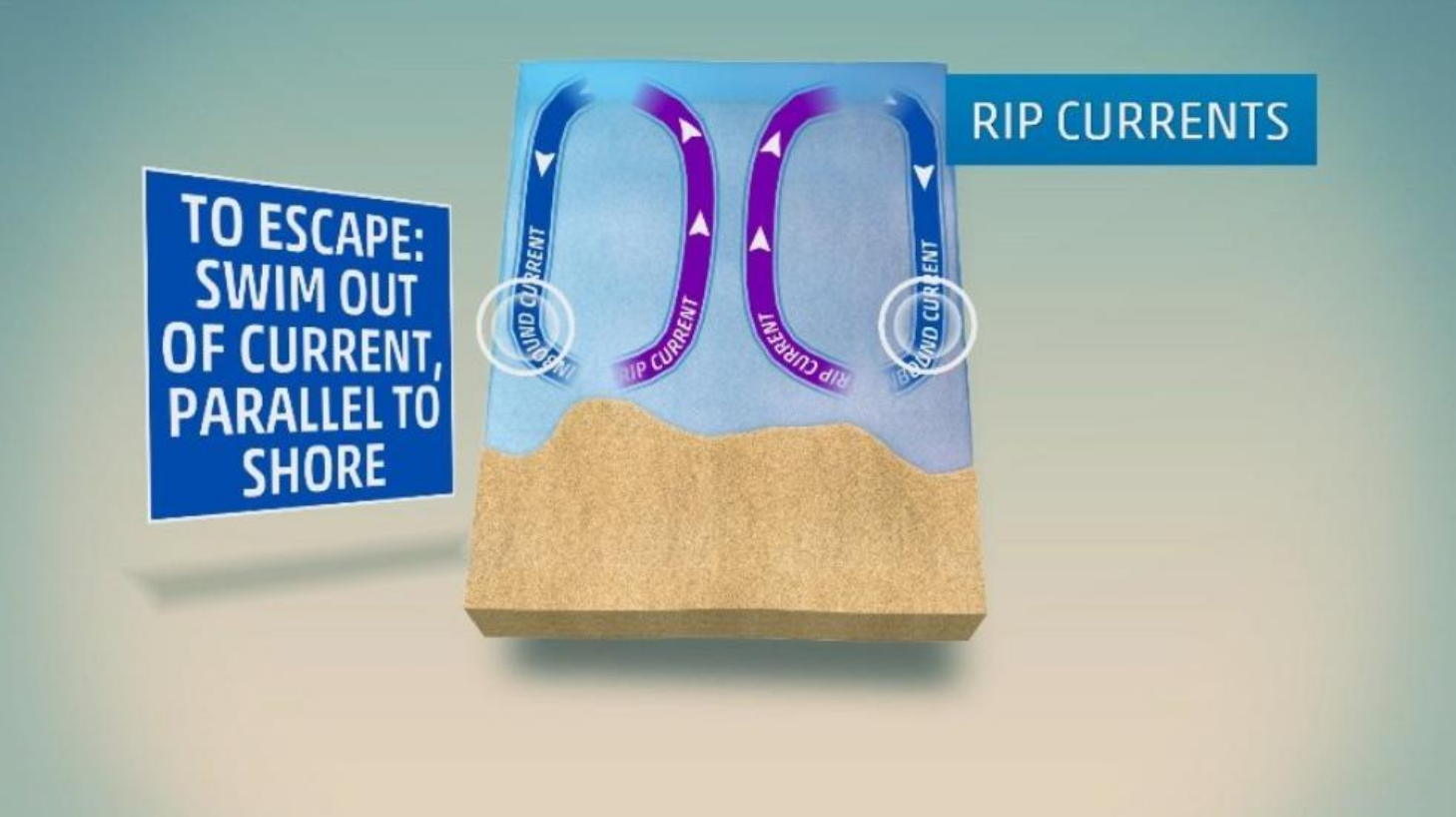 Significant rip currents are more likely to occur with a strong onshore wind.

Sometimes you can spot a rip current because it can look darker than surrounding waters. They are areas where waves do not break, with breaking waves on either side. You can sometimes see water, or seaweed, moving away from the beach.

If you are headed to the beach, always be aware of current weather conditions and the rip current threat. There are color-coded flags placed on many beaches each day to communicate the current threat.

If you are caught in a rip current, here are some safety tips (from NOAA):

If you see someone in trouble, get help from a lifeguard and throw the victim something that floats. Many people drown while trying to save someone else from a rip current.

Stay safe in the waters!