There is an enhanced risk of severe weather from far SE TX across LA and into SW MS.

All severe weather hazards are expected including the potential for tornadoes. 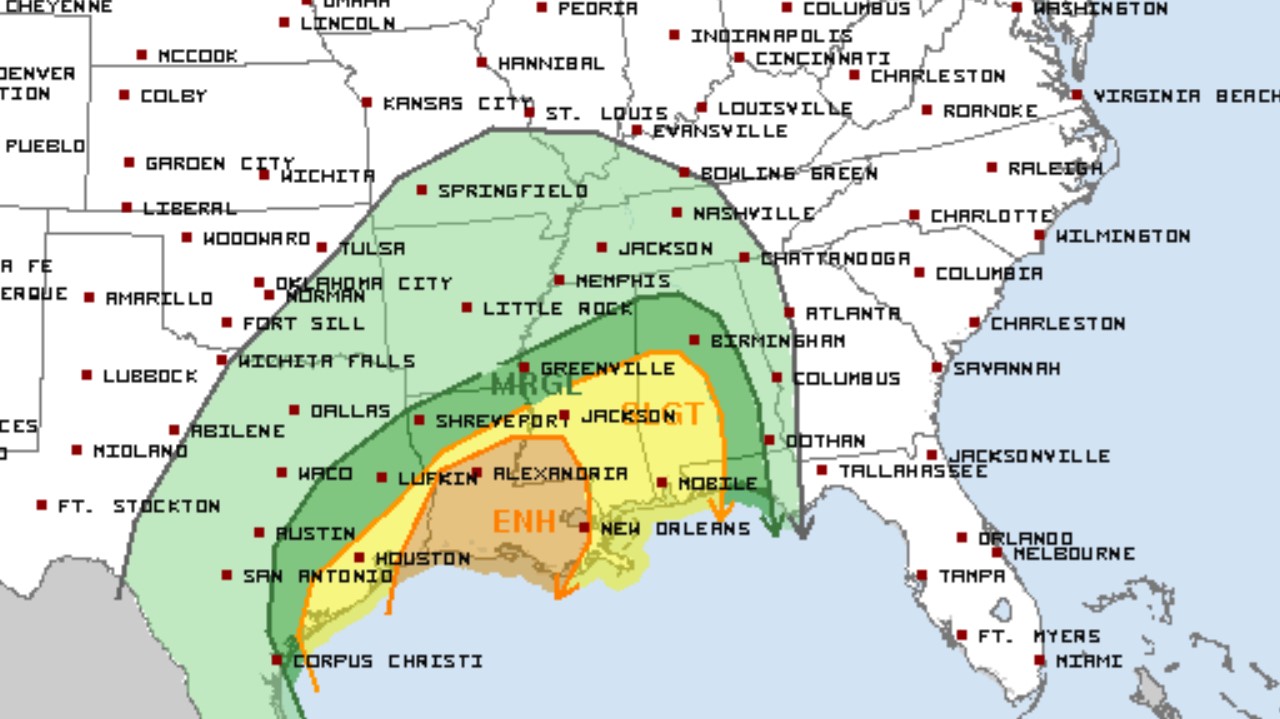 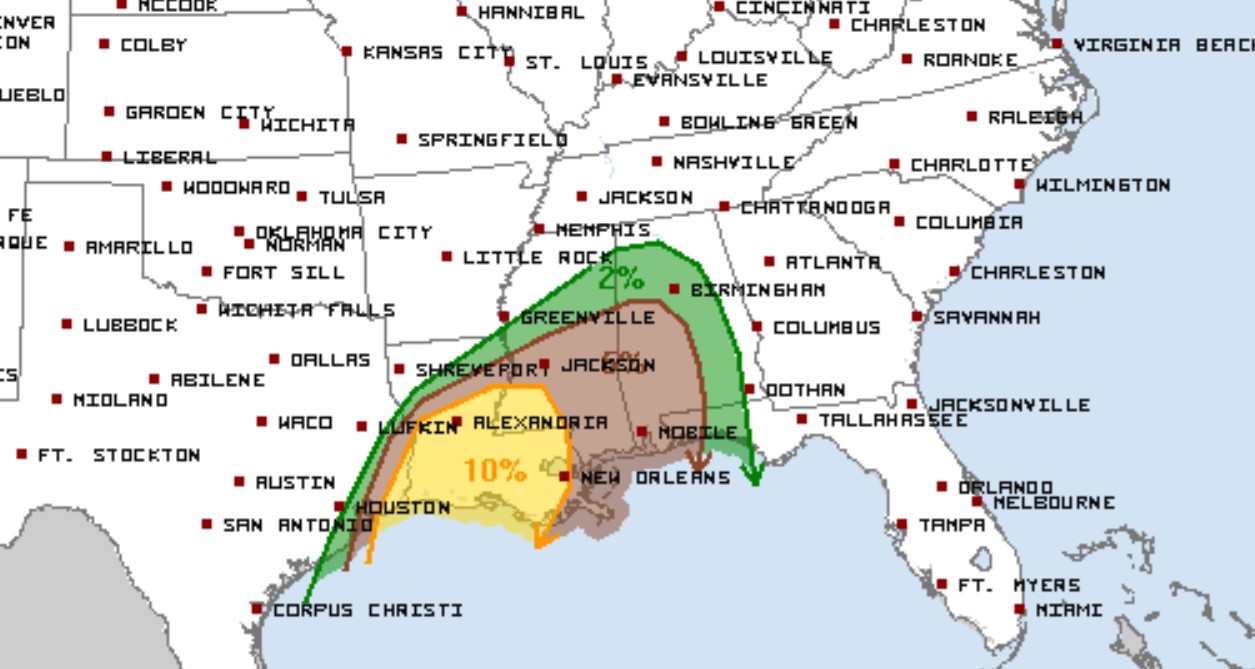 An upper pattern featuring split-flow will persist across the U.S. Thursday.

In the southern stream, a low over northern Mexico at the start of the period is forecast to rotate northeastward and then northward across central and eastern Texas and into Oklahoma late. Meanwhile, a short-wave trough emanating from the northern stream is forecast to dig rapidly southward across Nevada and California, eventually evolving into a second low over the southern Arizona/northwestern Mexico vicinity through latter stages of the period.

At the surface, the primary feature will be a low initially near the southern Texas coast.

This low is forecast to deepen gradually through the day, as it shifts north-northeastward into southeastern Texas. 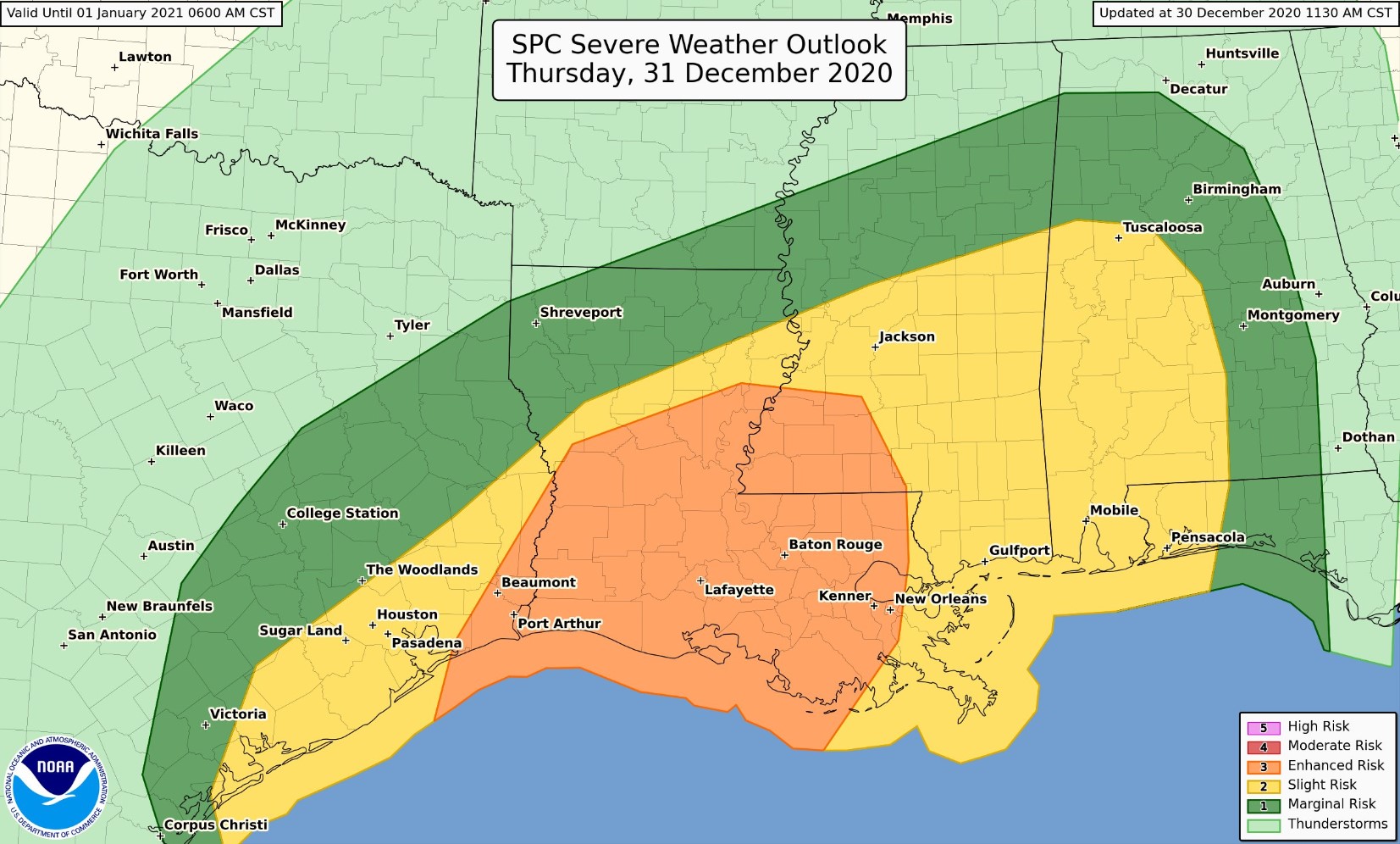 Overnight, the northward drift will continue, with the low reaching eastern Oklahoma/Arkansas and occluding through the end of the period.

As the low shifts northward, low-level theta-e advection off The Gulf of Mexico will occur across the lower Mississippi Valley/Gulf Coast states, ahead of a cold front which will sweep eastward across Louisiana and Mississippi through the second half of the period.

…Southeast Texas to Alabama and western parts of Florida Panhandle…

Showers and scattered thunderstorms will be ongoing at the start of the period across portions of central and eastern Texas, including a few stronger/possibly severe storms in the vicinity of the middle Texas Coastal Plain.

With time, as the surface low deepens and shifts northward into southeastern Texas continued influx of higher theta-e air and very limited heating will permit some intensification of convection to occur, as storms spread across southeastern Texas and into Louisiana.

Aiding the convective intensification/organization will be an increase in both low-level veering, and deep-layer shear, to the east and northeast of the low as it begins to occlude.

Along with the potential for locally damaging winds and possibly hail, the risk for tornadoes will increase, as shear becomes increasingly favorable for low-level storm rotation.

With time, the threat will diminish from west to east as a cold front trailing from the northward-moving low advances across east Texas, and into Louisiana during the evening.

Greatest tornado risk appears likely to evolve from late afternoon through mid-evening, both ahead of the cold front across southeastern Texas and western Louisiana, and near a northward-moving Gulf warm front from central Louisiana into southwestern Mississippi.

Overnight, some risk will spread into Alabama, and eventually western portions of the Florida Panhandle, where the potential for locally gusty winds and a tornado or two may linger through the end of the period. 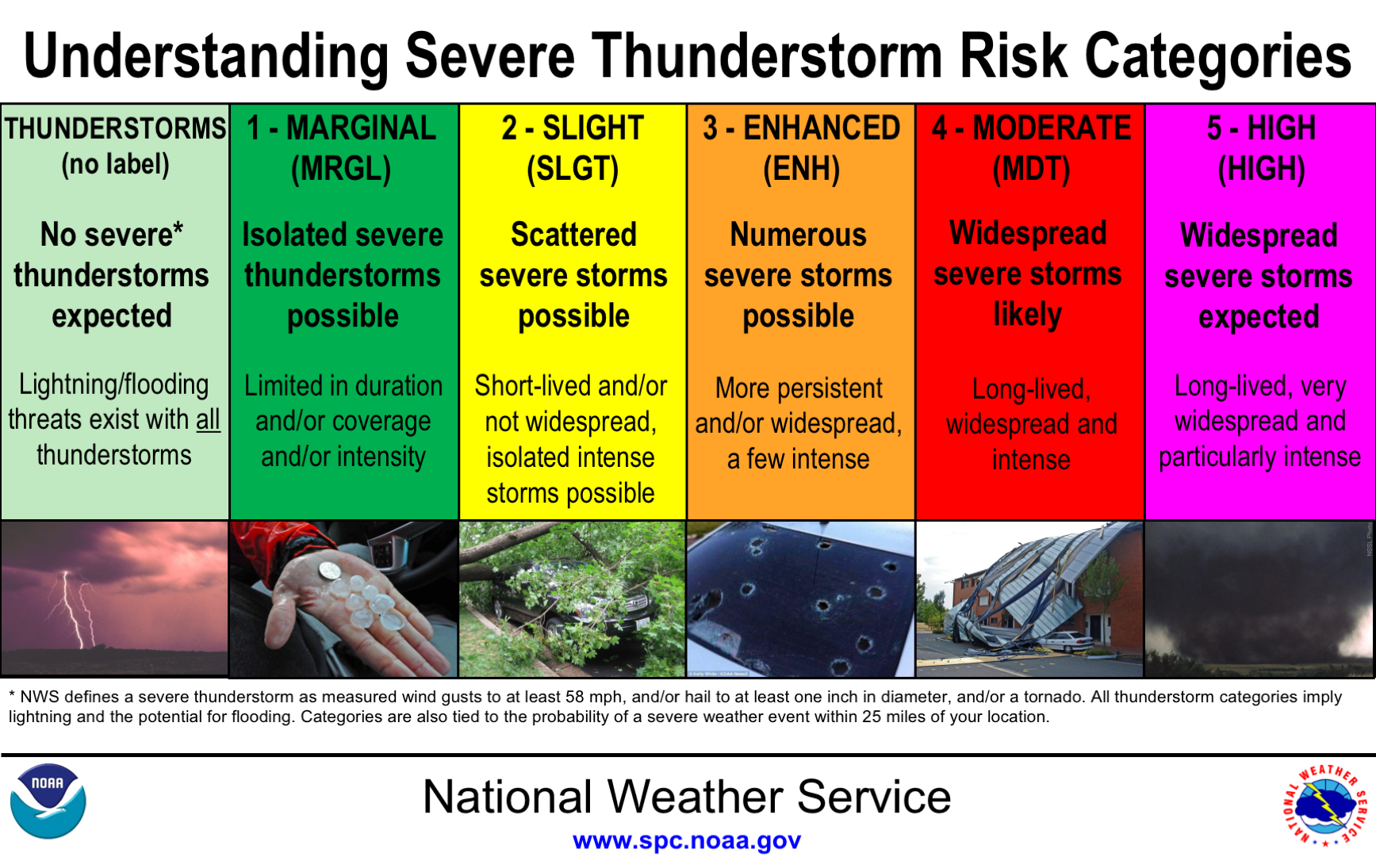