Nearly 30 public tornado shelters can found along the Kansas Turnpike

With both the severe storm season and summer driving seasons in the offseason at the moment, it’s a good time to remind drivers something they might not know. There are nearly 30 public tornado shelters at various locations along the Kansas Turnpike. Didn’t know that huh? Crazy!

“They were originally installed for the safety of our employees,” said Rachel Bell, marketing and communications director for the Kansas Turnpike Authority.

“But we are good Midwesterners and would not leave anyone out in the storm. Customers traveling through and finding themselves at a toll plaza can take shelter with employees any time they feel they are needing to.”

The storm shelters are in the service areas and the toll plazas.

Most shelters are underground and accessed by opening a hatch and climbing down, Bell said.

The size of the shelters varies by location. At the larger toll plazas, there are tunnels under the booths that can shelter several hundred people.

At the smaller toll plazas and commuter satellite plazas, the in-ground units can hold about 15 people.

“What we want to drive home when we talk about the shelters is that no matter if the customer or traveler chooses to use them, the real point is that they should do something,” Bell said.

That does not include taking shelter under overpasses, which can be more dangerous because bridges create a wind tunnel effect.

While the shelters are public, they are not community shelters. People should not purposely leave their house to get to a turnpike shelter, Bell said. The shelters have limited space, and it’s unknown how many travelers might need to take shelter.

“We definitely want to encourage people who are going to be traveling to pay attention to weather and to have an idea of what they might do if they are caught in a storm,” Bell said.

Travelers should treat severe thunderstorms and tornadoes the same as a snow or ice event by asking whether travel is really necessary. 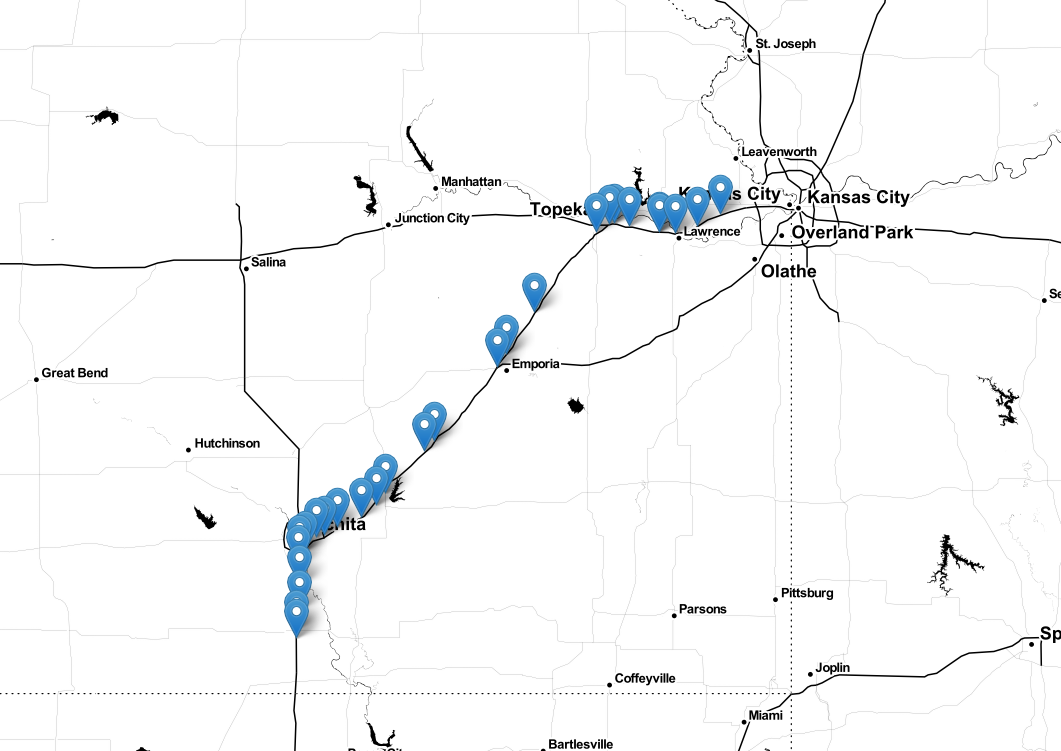