Significant snowfall is increasingly later tonight into tomorrow (Tuesday) for parts of the Rockies and the Front Range – Including the Denver area!

The first significant snowfall of the season forecasted for parts of Colorado including Denver just days after the city hit an all-time September record high of 101 degrees on Saturday. 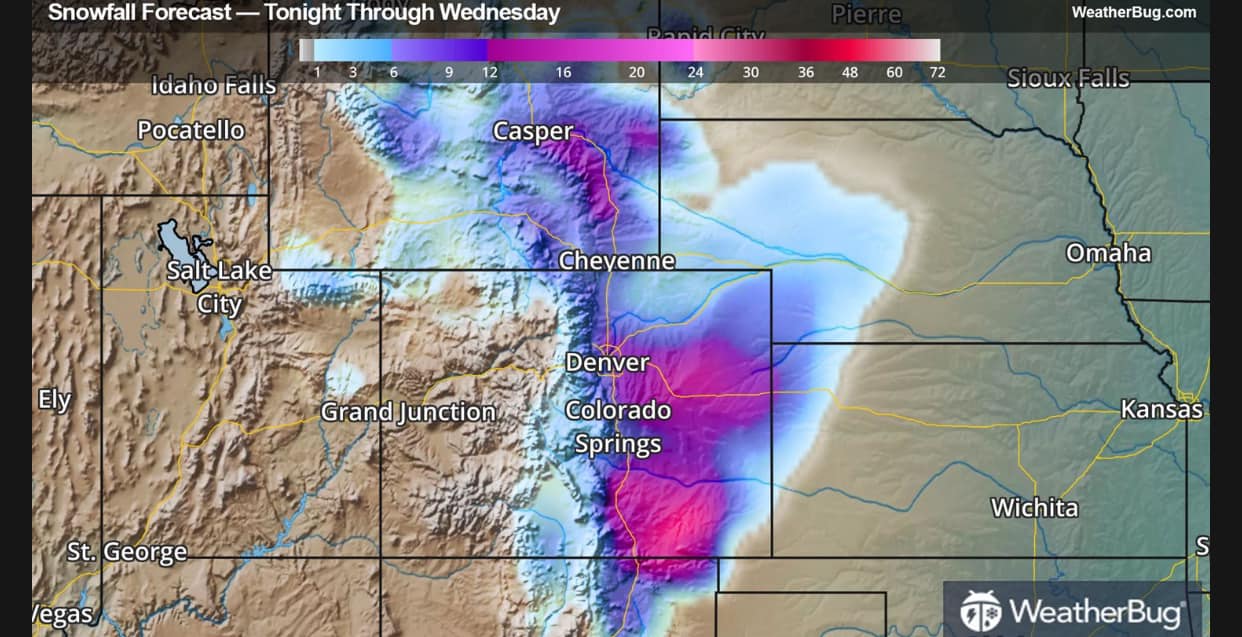 Snowfall or a mix of rain and snow forecasted to spread southward through the Rockies and Front Range Monday through Tuesday.

Parts of the Interstate 25 corridor, including Denver and Cheyenne, Wyoming, could see accumulations.

A temperature change of nearly 60 degrees in less than 36 hours is possible! 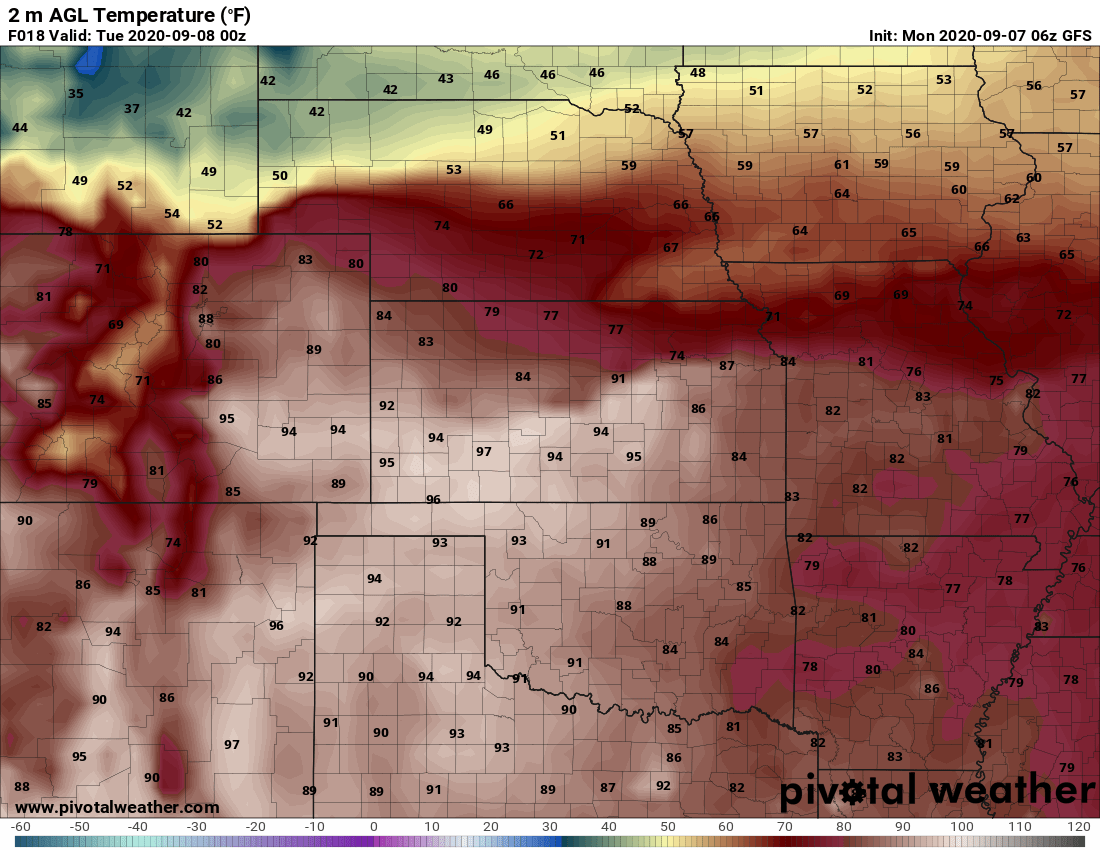 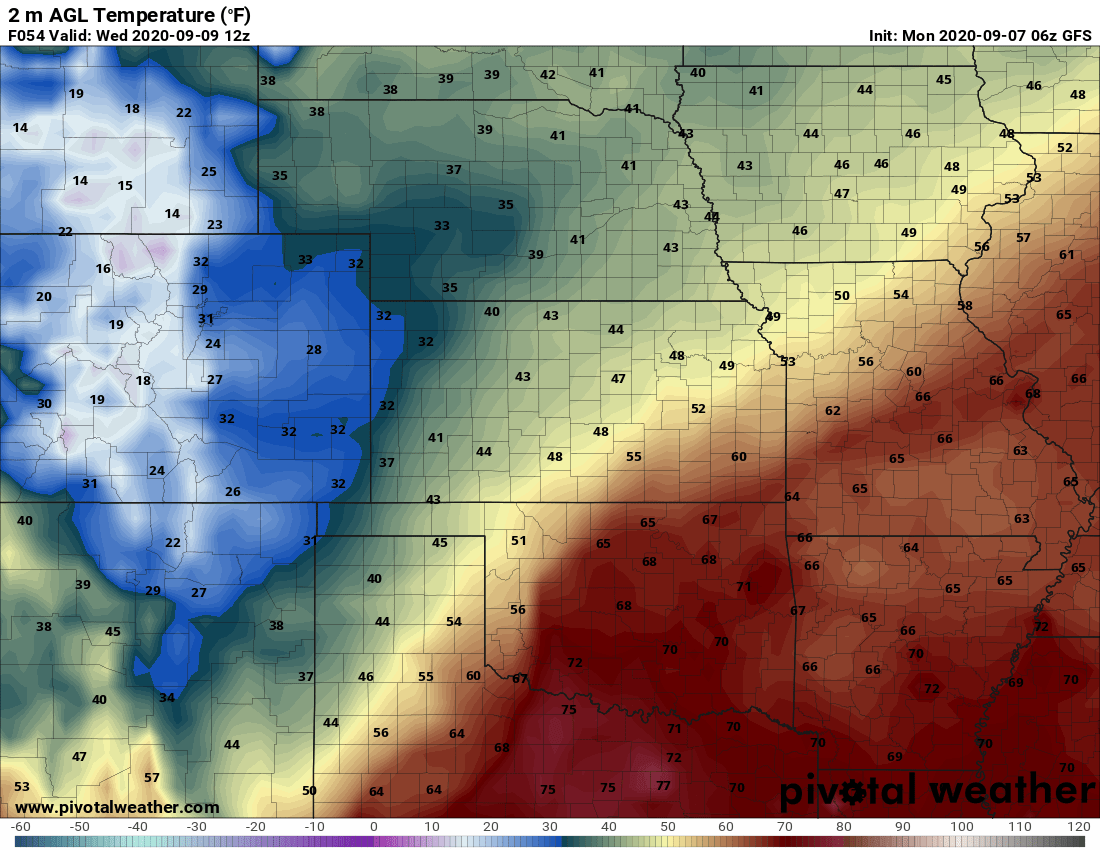 Snow or a mix of rain and snow will continue from southern Wyoming into western Nebraska, much of Colorado, and northern New Mexico.

Most of the wintry weather should be finished by Wednesday.

You can see in the map below the areas from Montana to Colorado and northern New Mexico that could see at least some accumulating snowfall, roughly from Monday through Tuesday/Possibly Wednesday! 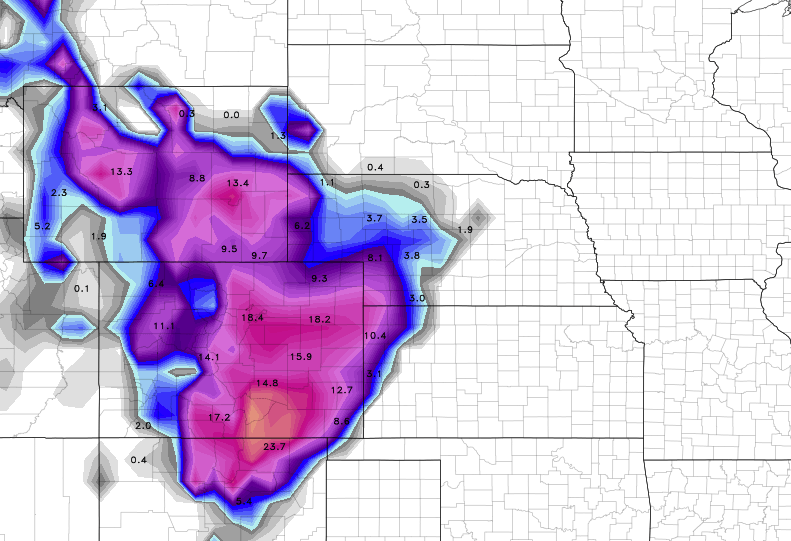 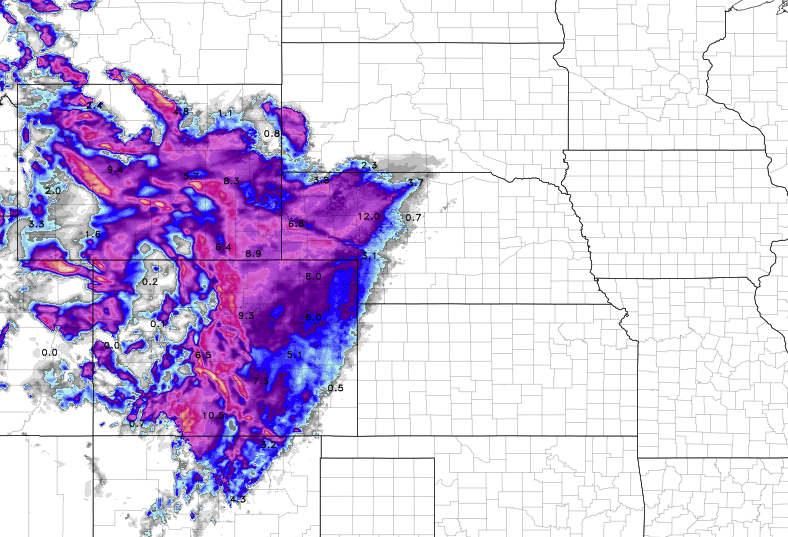 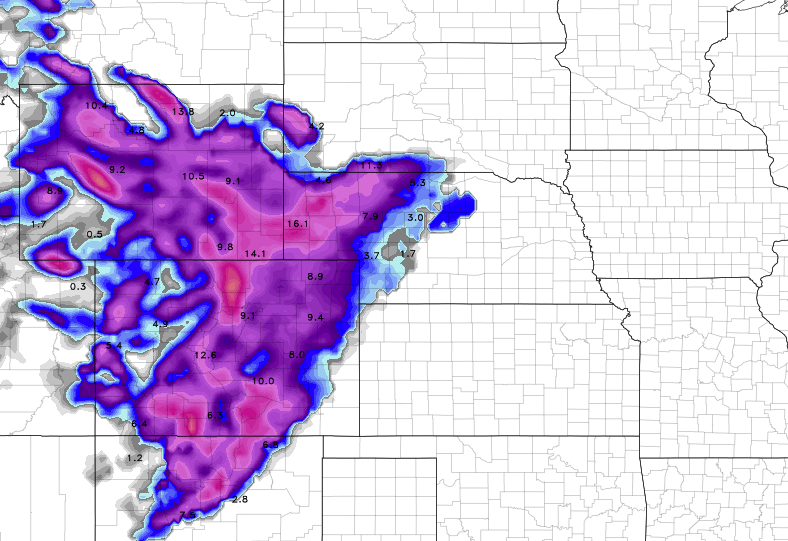 We should note that changes in the snowfall totals are likely since several factors are uncertain. One of those factors is how fast the cold air and snow will be able to overtake the very warm ground following highs in the 90s and low 100s.

However, Snowfall is likely on the Interstate 25 urban corridor, including Cheyenne, Denver, and Colorado Springs.

Given it’s still early September, many trees still have their foliage in Colorado and in neighboring states.

The heavy, wet snow on this vegetation could result in tree damage and power outages in some areas.

Now will be a good time to check your weather radios and have several ways to receive winter watches & warnings!

TENNESSEE TORNADO – NOAA has released new mapping imagery showing the full track of the tornado. The map below shows High-Quality imagery from the Nashville […]