Leave It To Allegiant To Fly Over a Hurricane!

An Allegiant flight AAY2237 (MD83) from Bangor, ME (KBGR) [Bangor International Airport] to Sanford, Florida (KSFB) [Orlando Sanford International Airport] decided to not be like the other birds in the pack and fly around Hurricane Florence but rather just fly over the darn thing. However, you have to ask why they were the only ones to do this with their flight plan.

Likey not a very smooth flight, but maybe they were one of the lucky ones to pick this flight plan that ended up being smooth! 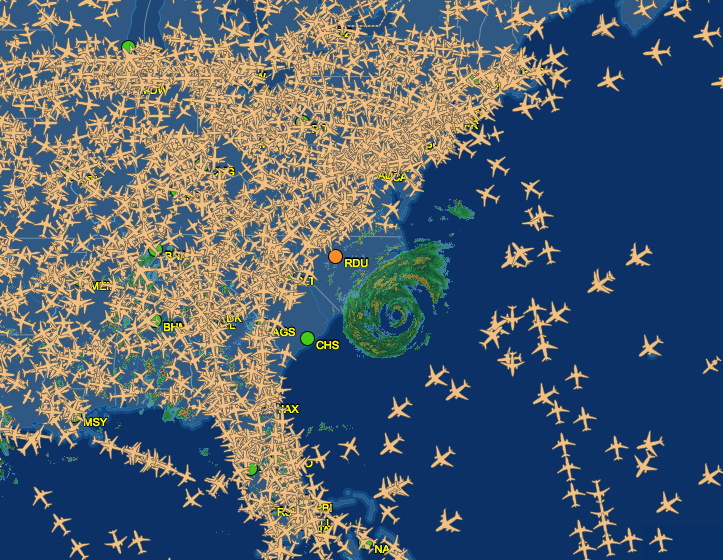 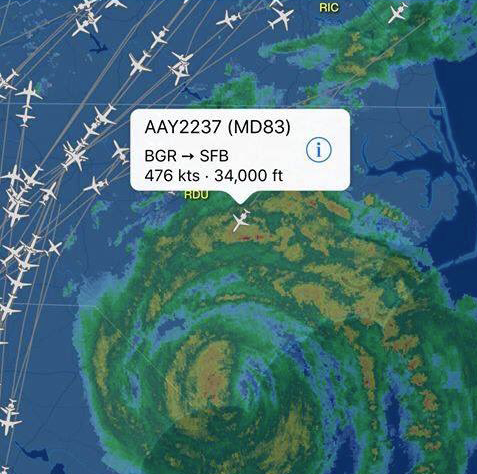 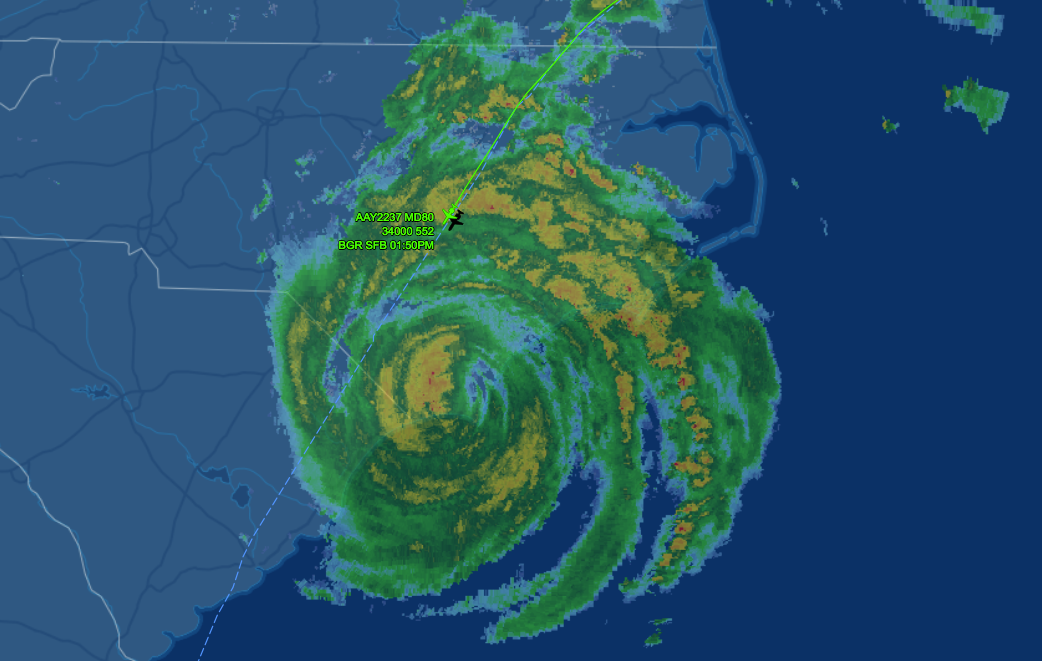 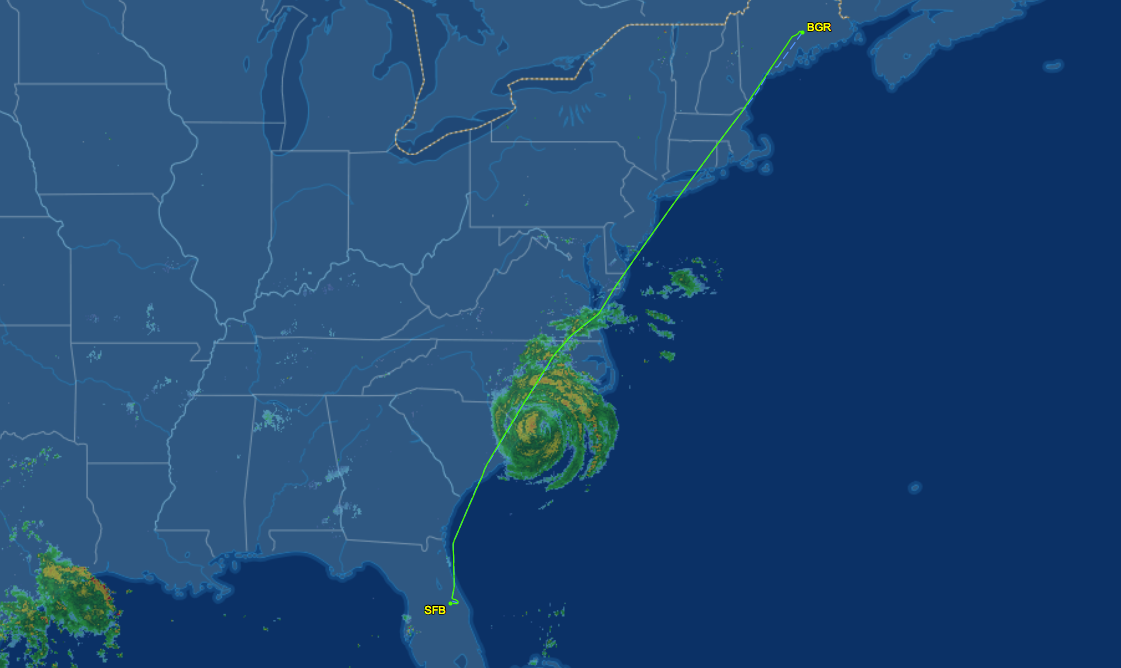 Basically from 16:37 to 17:18 they were over or very near to over hurricane Florence…

Take a look at the speed spike up and down. Indicates they were in quite a bit of turbulence.

Although it is not exactly dangerous most airlines just avoid it, after all, who wants a very choppy flight!

While no rules or regulations were broken when Allegiant decided to have their aircraft fly over Hurricane Florence, they obviously were thinking about an on-time arrival instead of passenger and crew safety.

Having been a pilot for 20 years and having close to 6500 hours of flight time, I can tell you that safety was not the top priority in this case. With AIRMETS and Convective SIGMETS for moderate to severe turbulence active at the time of the flight (and currently still active for the area) while typing this blog, as you can see by the screenshots in the article, the safe route would have been to deviate west of the hurricane and sacrifice an on-time arrival. Like I said in the beginning, while they didn’t do anything wrong, it’s definitely not advisable.

This does remind me of the Delta flight 431 with Hurricane Irma but on a much smaller scale! But really did we actually think Allegiant would take time to go around the actual storm? We will let you just answer that question. 🙂