While all eyes along the East Coast are on Tropical Storm Florence, forecast to restrengthen and become a hurricane threat next week, Category 3 Hurricane Olivia is on a course toward the Hawaiian islands. It could be the third tropical weather system to affect the islands, following hurricanes Hector and Lane, in what has been an exceptionally active year for storms in the central Pacific Ocean. 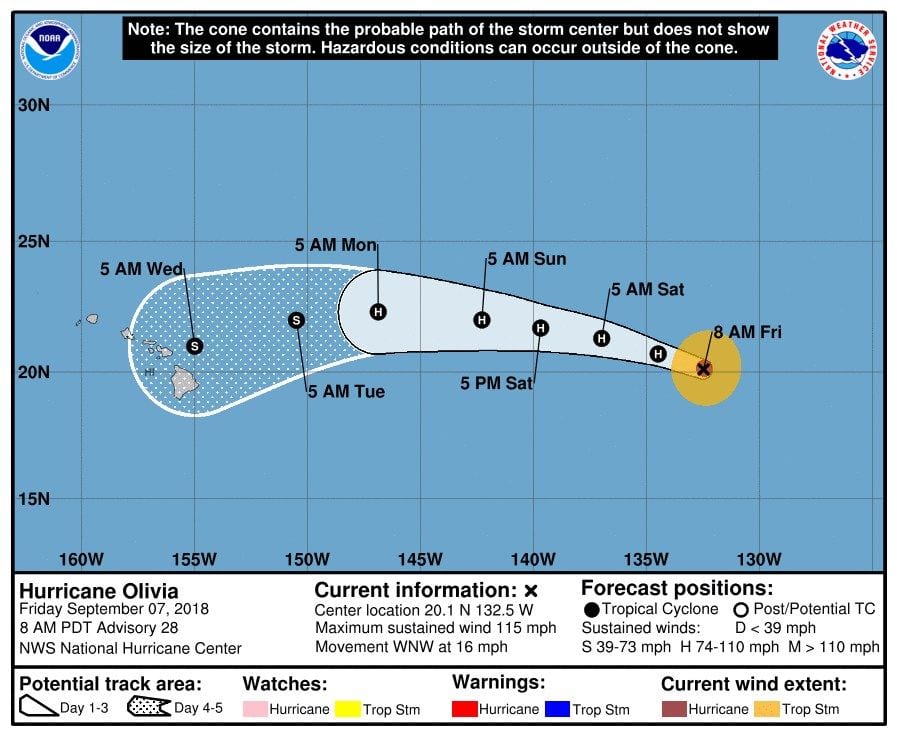 Olivia is centered about 1,400 miles east of the Big Island and is headed to the west at 16 mph in its general direction.

The Category 3 storm, packing winds of 115 mph, has weakened since Thursday when it was briefly a Category 4. Additional, steady weakening is predicted by the National Hurricane Center over the next five days.

By the time it approaches the Hawaiian islands on Wednesday from the northeast, its peak winds are forecast to ease to 65 mph, meaning it would be downgraded to a tropical storm.

Because the storm is still five to six days away, it’s not possible to know which, if any, islands it might directly pass over and hit hardest. And its exact intensity is also a tough call.

But the storm has the potential to bring more heavy rain and gusty winds to the islands just over two weeks after they were sideswiped by Hurricane Lane. That storm unloaded more than 50 inches of rainfall on the Big Island, the second most for any tropical weather system to affect the United States.

While Hawaii monitors Olivia and the East Coast watches Florence (Read More), Guam may need to brace for Typhoon Mangkhut, which could unleash serious wind, rain, and waves on the island early next week.

We are also watching Puerto Rico with Tropical Depression Nine 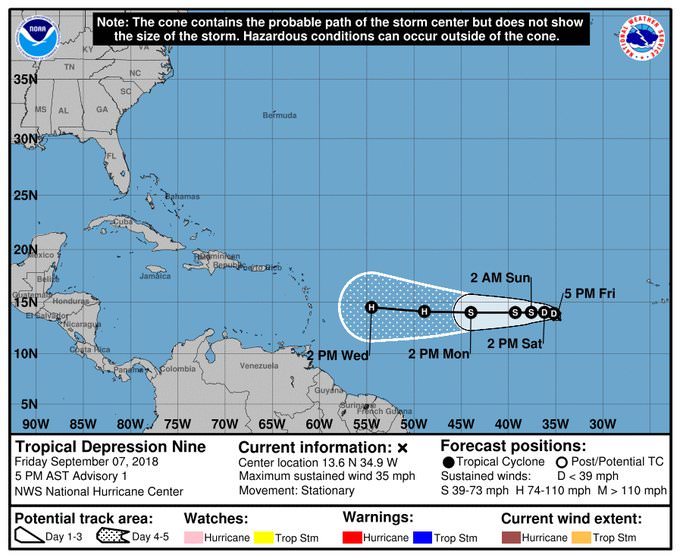 Definitely very active pattern over the next several weeks!