Severe thunderstorms are expected across portions of the Carolinas and Mid-Atlantic region this afternoon and tonight!

A few tornadoes are still possible with the more intense storms, along with damaging wind gusts! 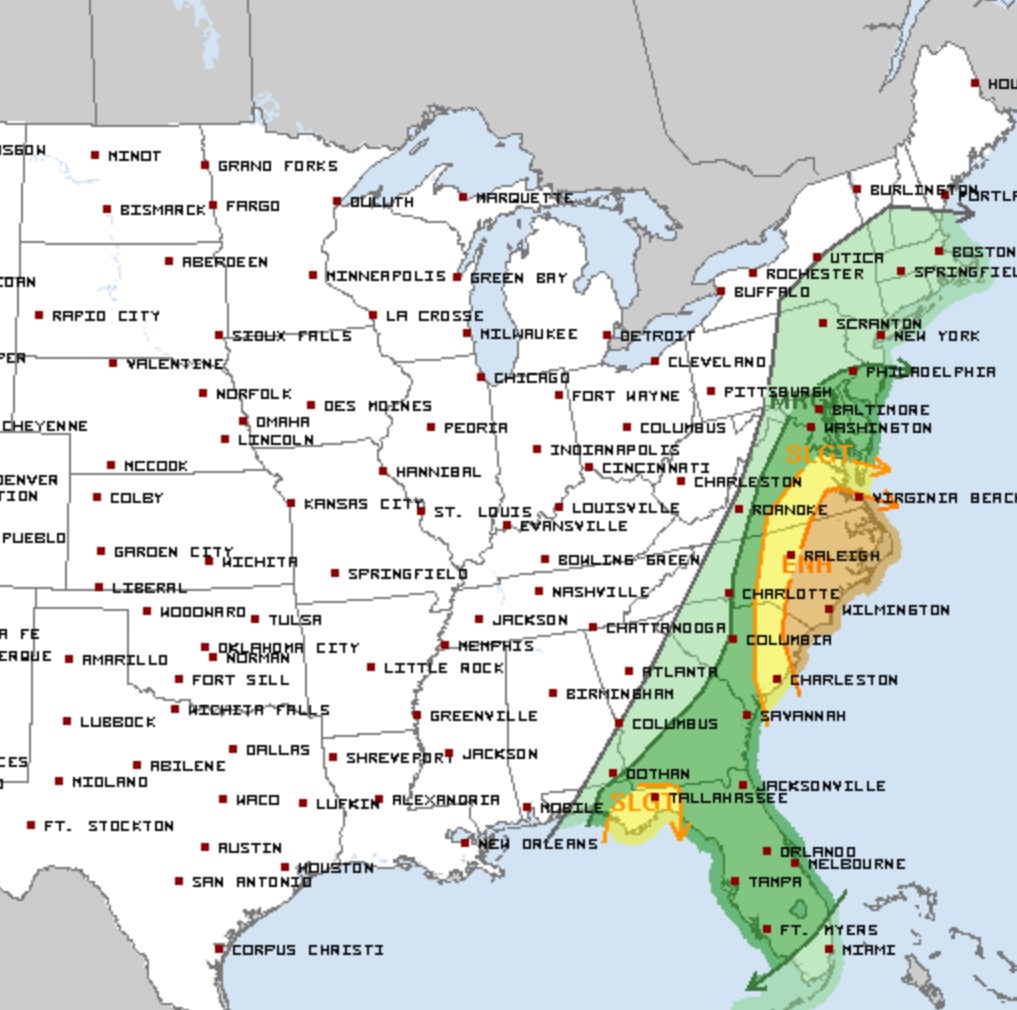 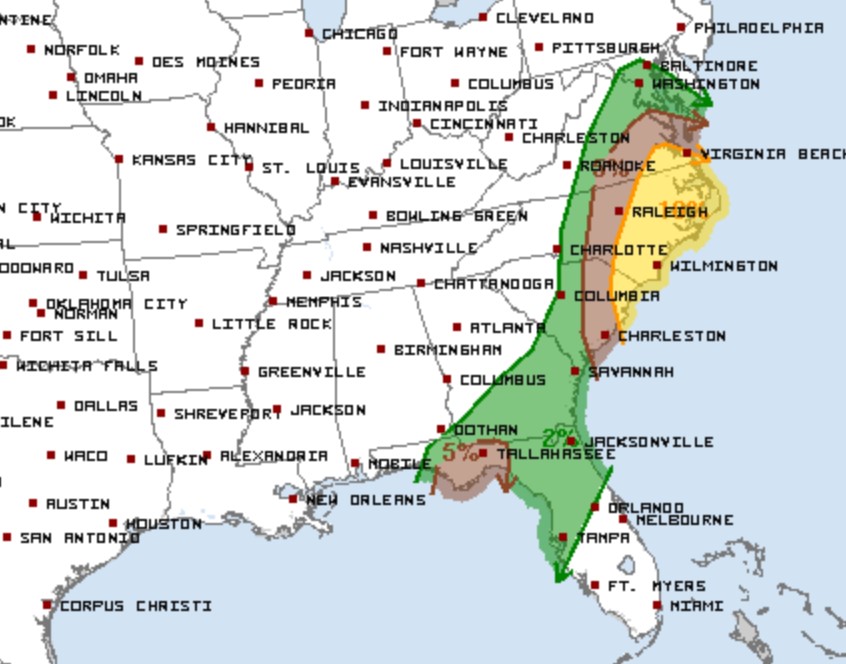 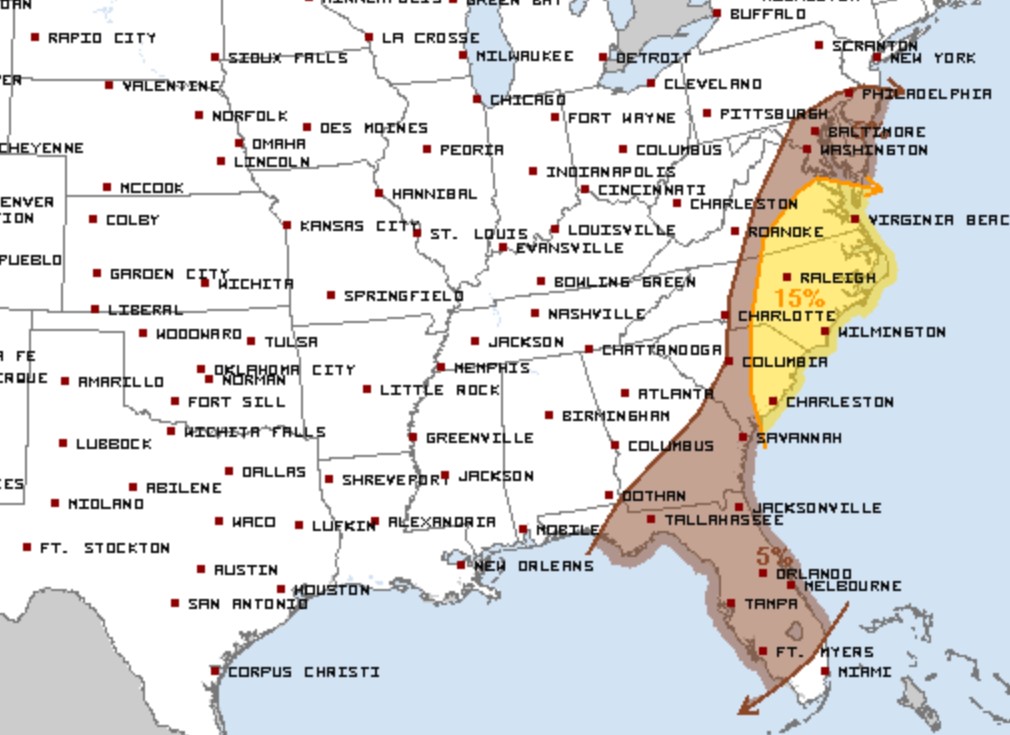 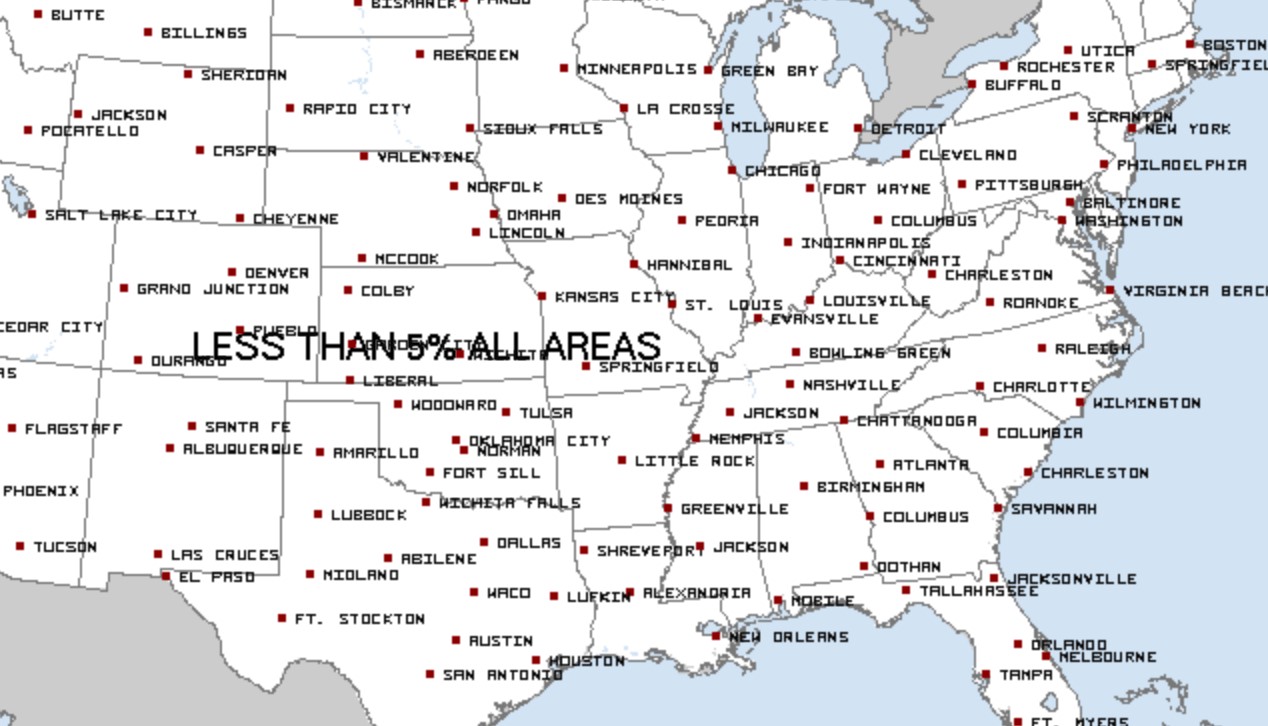 Multi-round severe convection is possible across parts of the region this afternoon into tonight, particularly for the eastern Carolinas/southeast Virginia, where semi-discrete warm sector storms this afternoon/early evening could be followed by a well-organized convective line late this evening and early in the overnight.

North/northeastward-racing bands of convection over the eastern Carolinas will persist through the afternoon where the convection should gradually intensify as it becomes rooted within the increasingly moist/unstable boundary layer, although the persistent cloud cover and the possibility of a lingering warm layer aloft leads to some temporal uncertainty.

Regardless, extremely strong low-level/deep-layer shear, accentuated by 55-60 kt in the lowest 1 km AGL and 300+ 0-1 km SRH, will be supportive of fast-moving supercells capable of a tornado/damaging wind risk, particularly late this afternoon through early evening.

Given the magnitude of the vertical shear/SRH, a strong tornado cannot be ruled out.

Otherwise, as previously mentioned, an additional round of regional severe risk will likely occur this evening into the overnight as a strongly forced convective line evolves and spreads east-northeastward across the Carolinas and coastal Mid-Atlantic/Delmarva.

Damaging winds are the most probable severe hazard, although a QLCS-related tornado risk may exist as well.

Some additional moistening/diurnal destabilization will occur across the Florida Peninsula into far southern Georgia ahead of the front/convective line, with surface-based destabilization otherwise remaining minimal farther north into central/eastern Georgia.

Low-level/deep-layer winds will further strengthen across the region, although low-level winds will tend to slowly veer with wind profiles trending more unidirectional over time.

Even with relatively modest buoyancy, this scenario will support further organization and development of upscale-growing quasi-linear convective bands this afternoon.

An isolated damaging wind/tornado risk will exist across the region through the afternoon, with the overall severe risk shifting eastward/tending to diminish toward and after sunset. 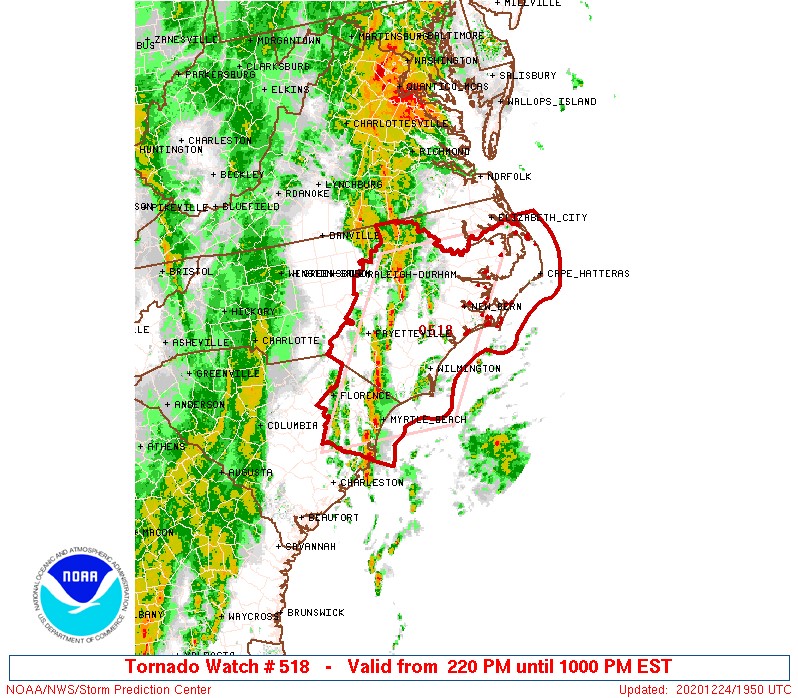 Effective this Thursday afternoon and evening from 220 PM until 1000 PM EST.

The air mass ahead of an eastward-advancing cold front will moisten and modestly destabilize this afternoon.

Very strong winds through a deep layer will support the possibility of supercell storms including a tornado and damaging wind risk.

An additional round of storms, perhaps as a well-organized line, will also move into the region from the west late this evening and potentially pose a severe threat.

NOTE:
UPDATES TO THIS BLOG WILL REFLECT THE CURRENT TORNADO WATCH ONCE ISSUED!