Dual Storms are making their approach to a Gulf Coast Landfall as Forecasted Hurricanes with a one-two punch!

Two tropical storms — Laura and Marco — are anticipated to make back-to-back landfalls on the U.S. as hurricanes.

It’s likely that Marco and Laura will make rare back-to-back landfalls in the mainland United States over the next few days.

Tropical Storm Marco will be the first part of the one-two punch for the Gulf Coast.

This system is likely to make landfall along the Louisiana Gulf Coast on Monday as a strong tropical storm or hurricane. 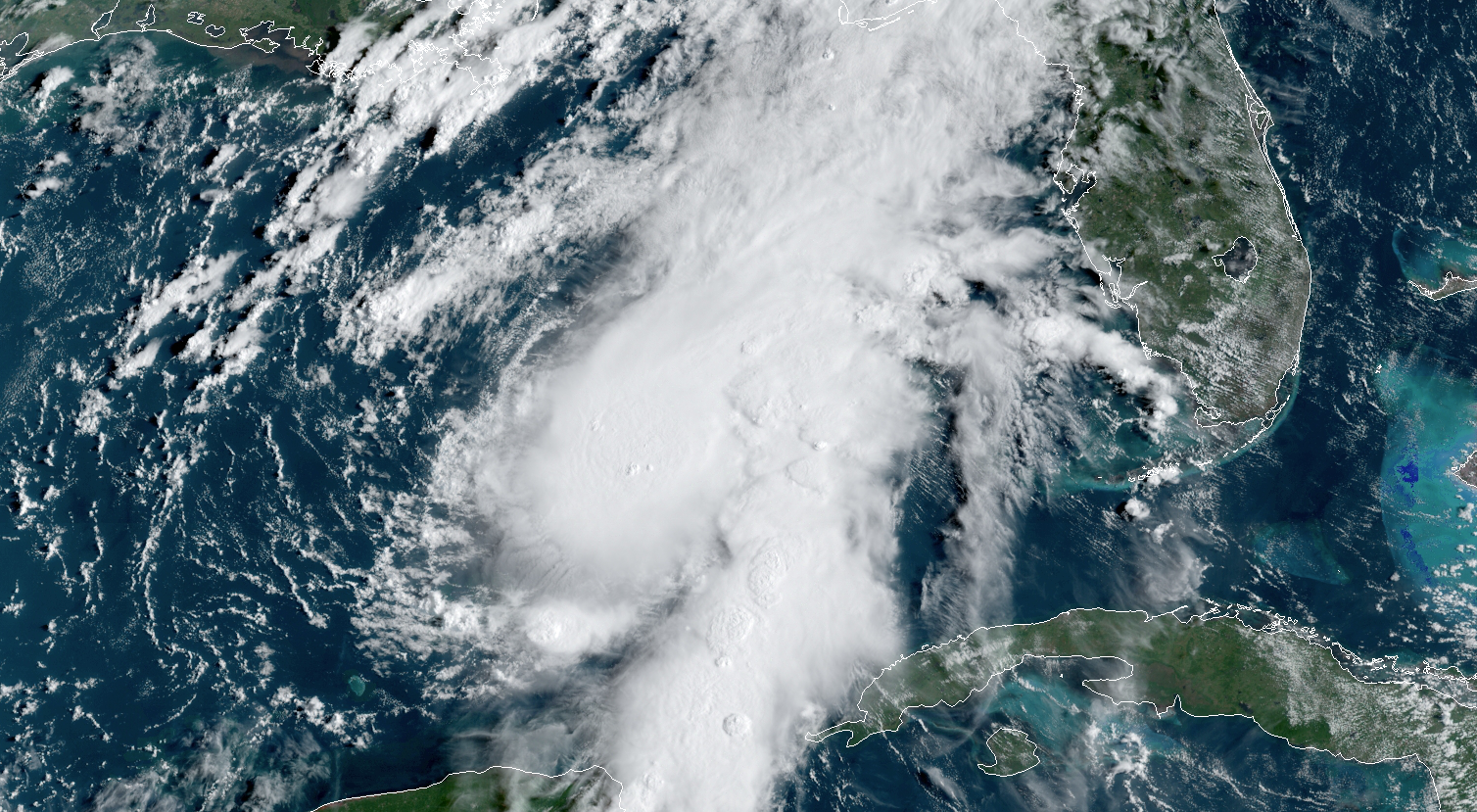 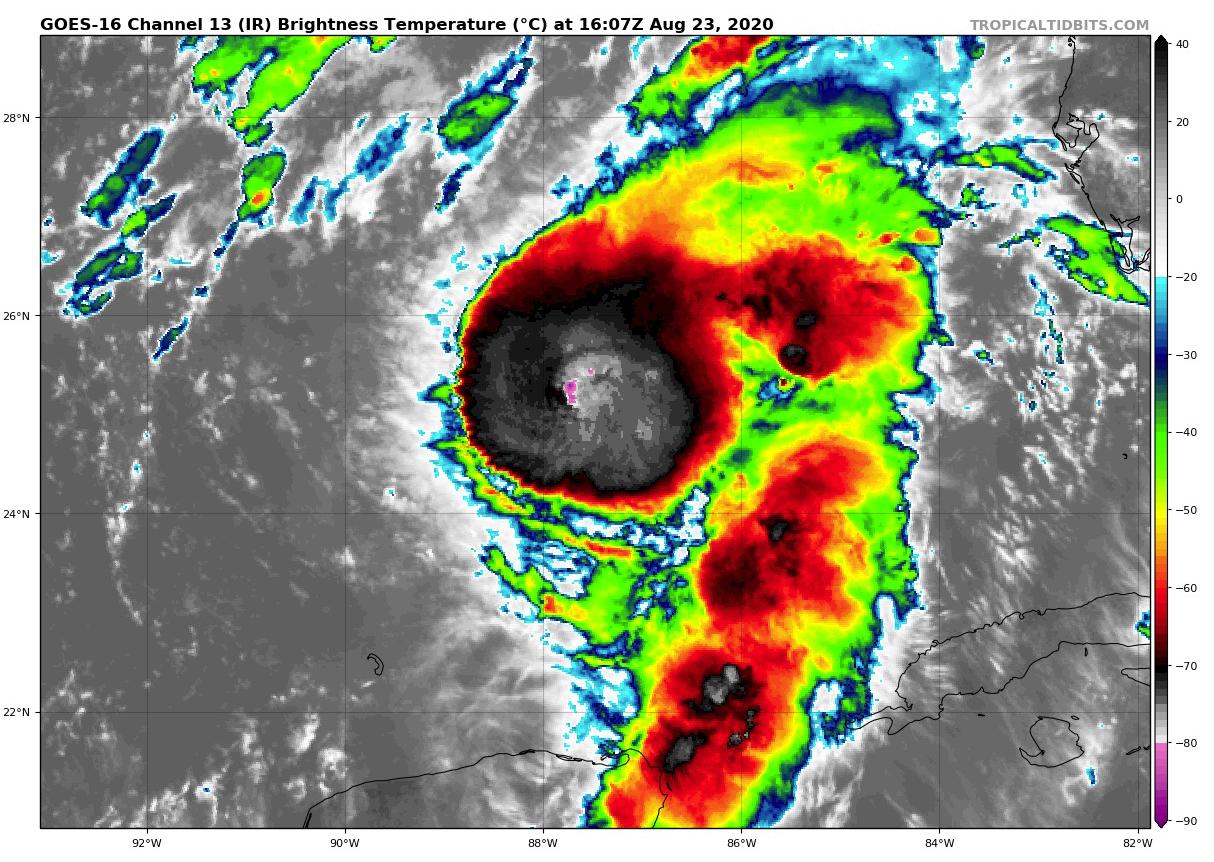 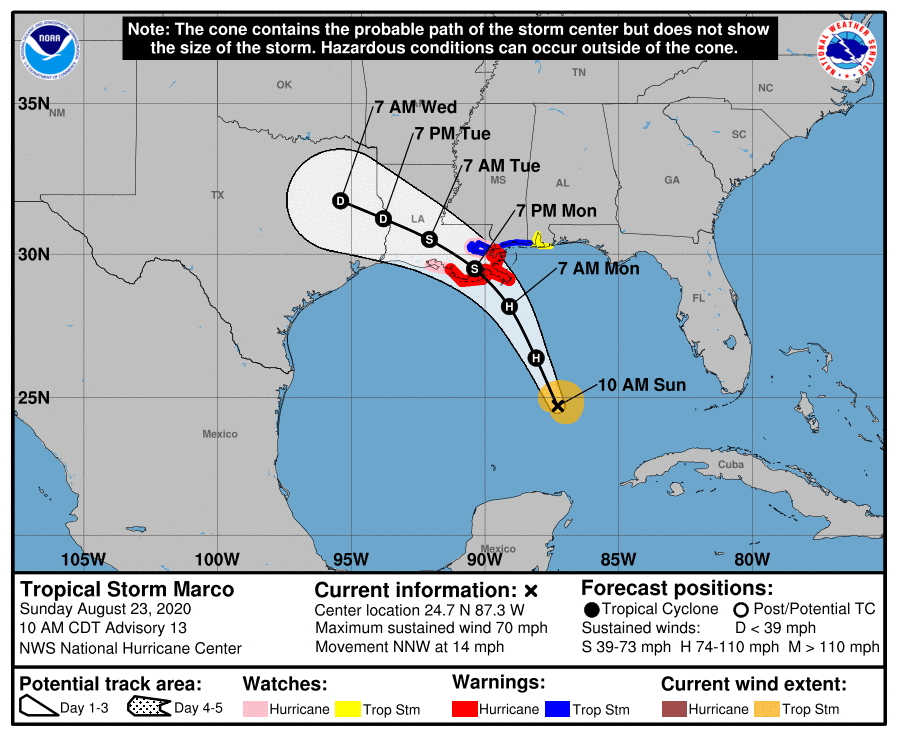 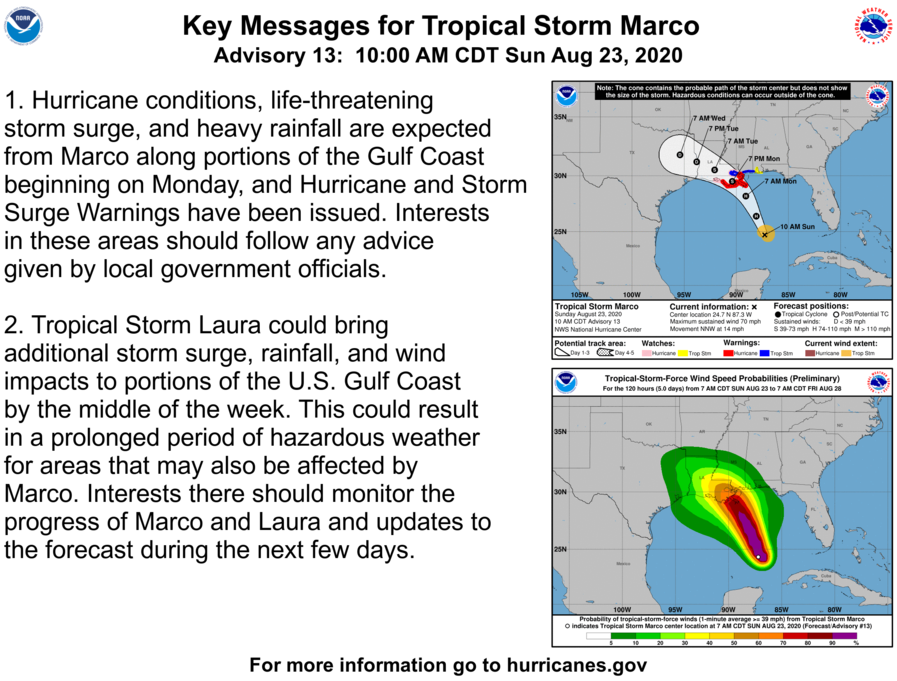 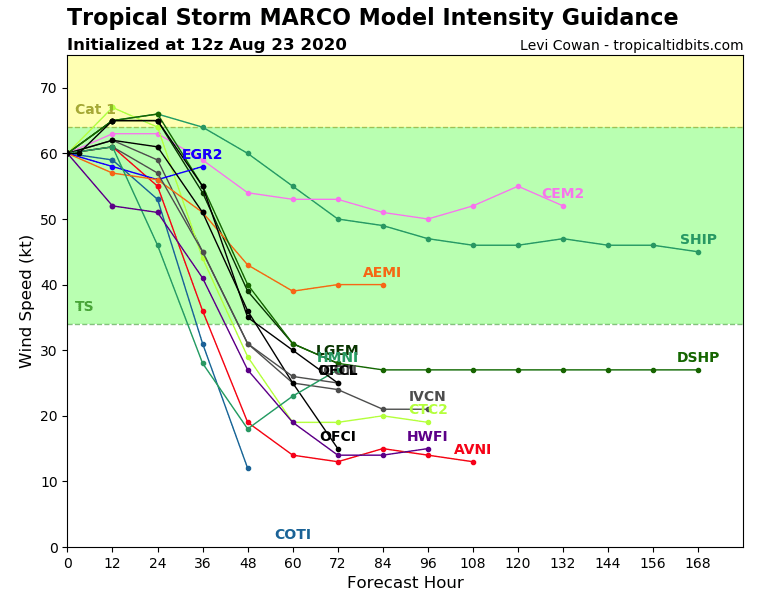 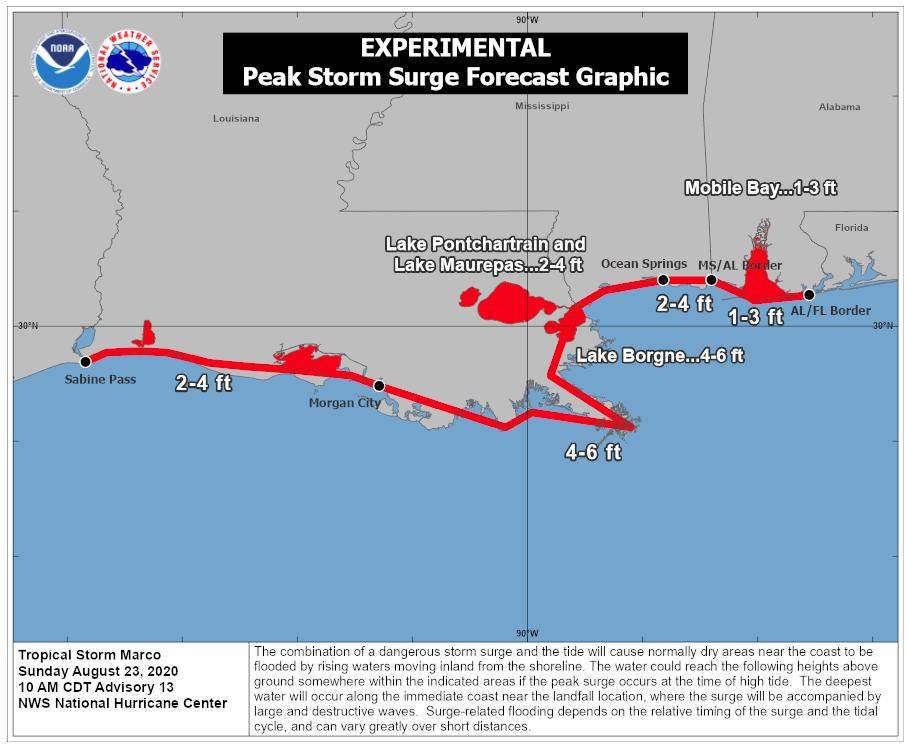 Laura is forecast to reach the Gulf of Mexico early this week, where significant intensification into a hurricane is expected. The area with the highest chance of seeing a hurricane strike from Laura by midweek is along parts of the northern and western Gulf Coast, but this forecast is still uncertain. 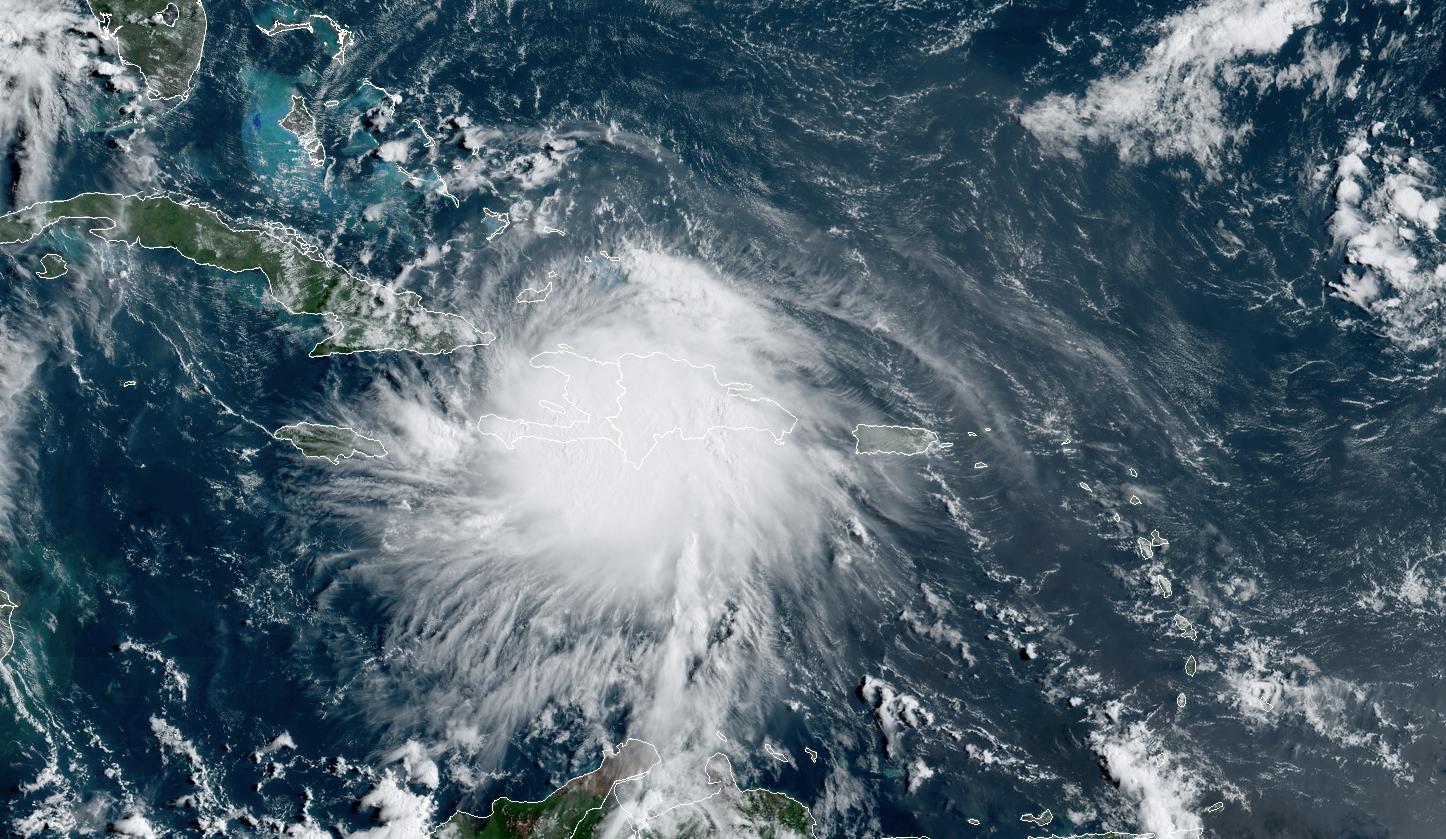 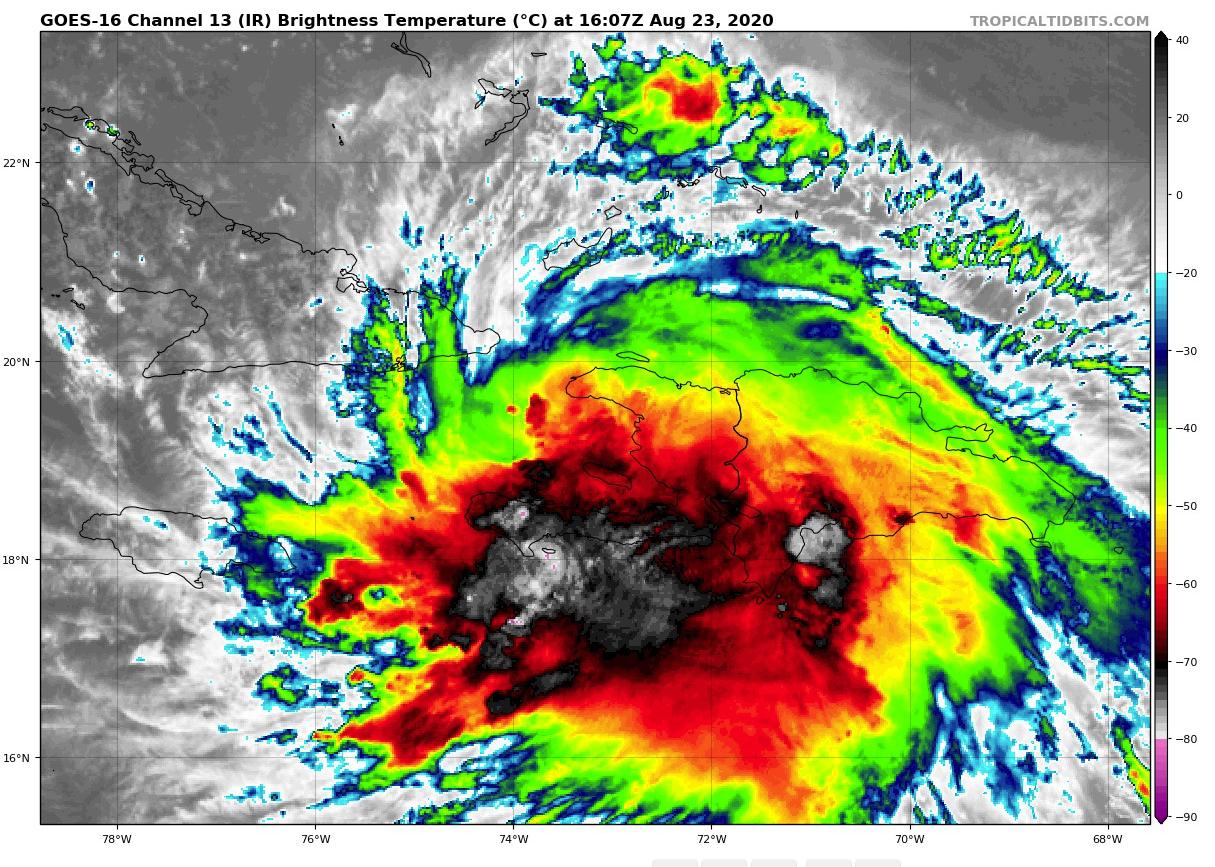 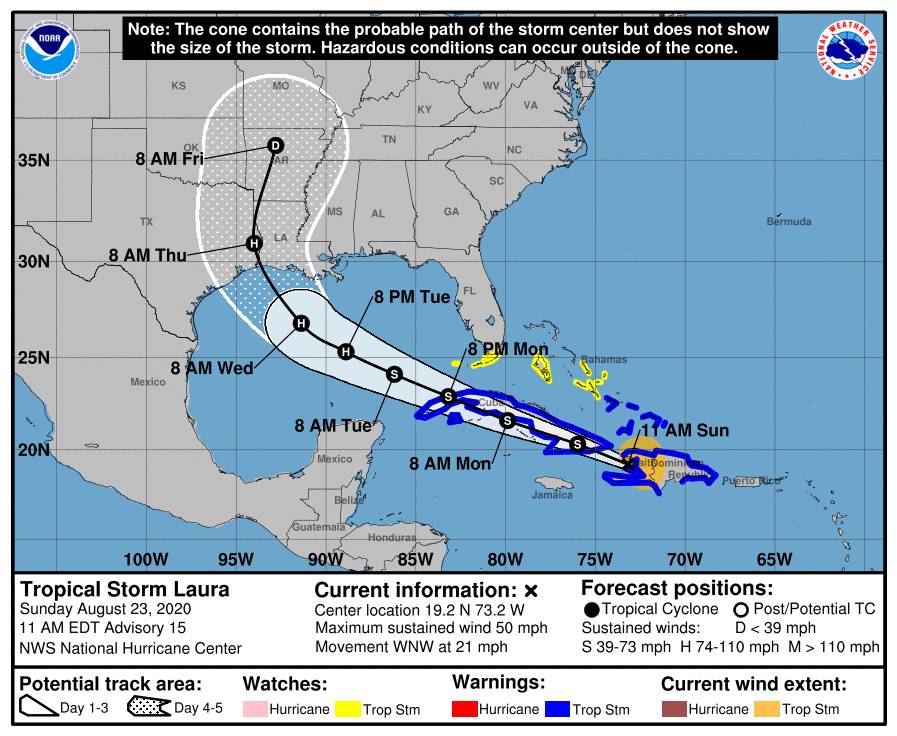 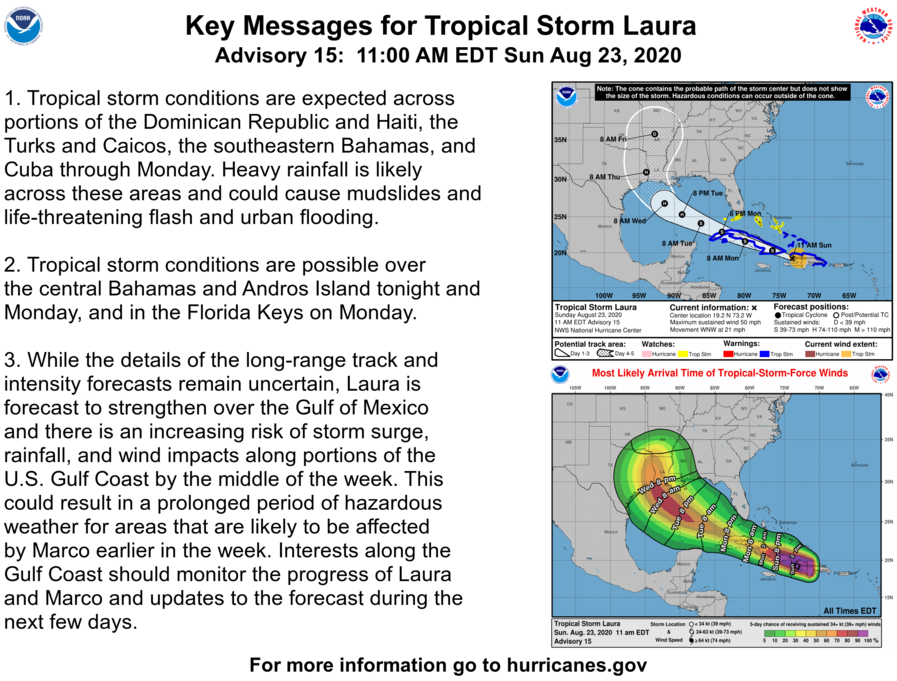 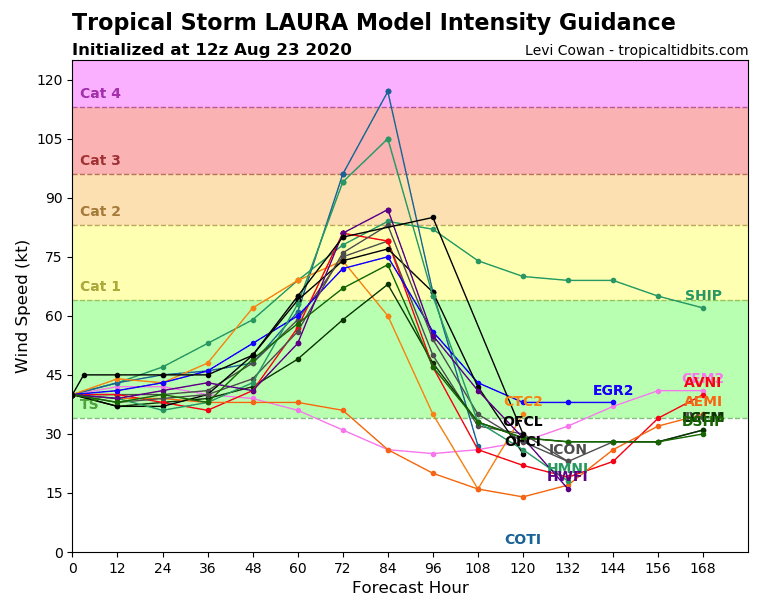 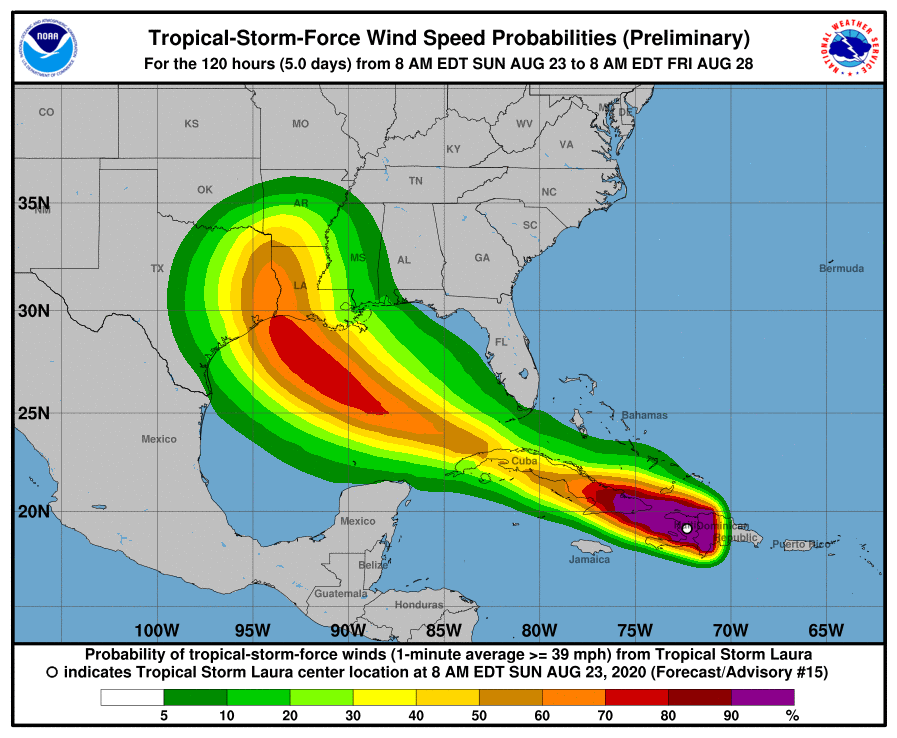 WHAT YOU NEED TO KNOW!

Two named storms will make landfall in the same region of the United States this week, and that’s as bizarre as it sounds.

This sets up a surreal scenario with two forecast cones, one for each storm, crossing paths while both are pointed at the same area of the mainland U.S. 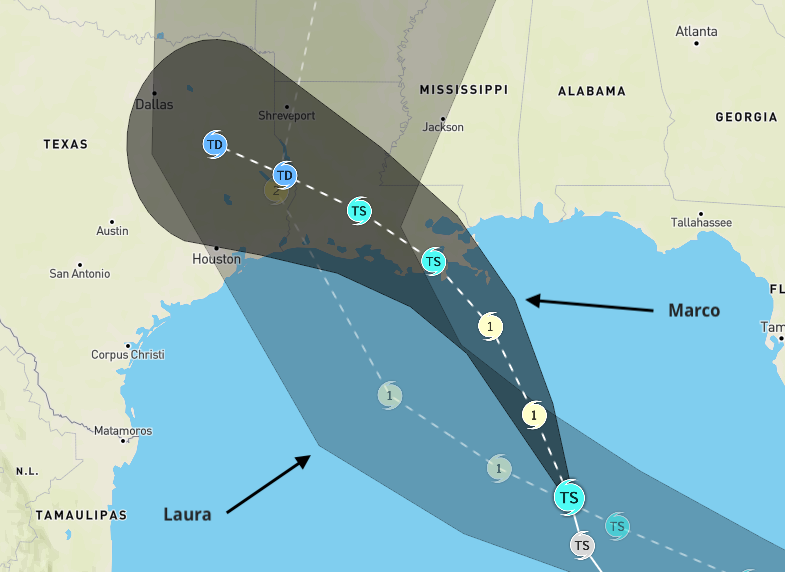 Despite the two cones crossing paths, these storms will not merge together. Instead, it’s increasingly likely that Laura could follow Marco and make landfall back-to-back over a similar region just days apart.

Back-to-back landfalls would be something that hasn’t been seen in many years and could have serious consequences for wherever the storms ultimately hit.

So while the details are still being worked out, this could prolong impacts from storm surge and wind and could heighten flood concerns from the two systems. 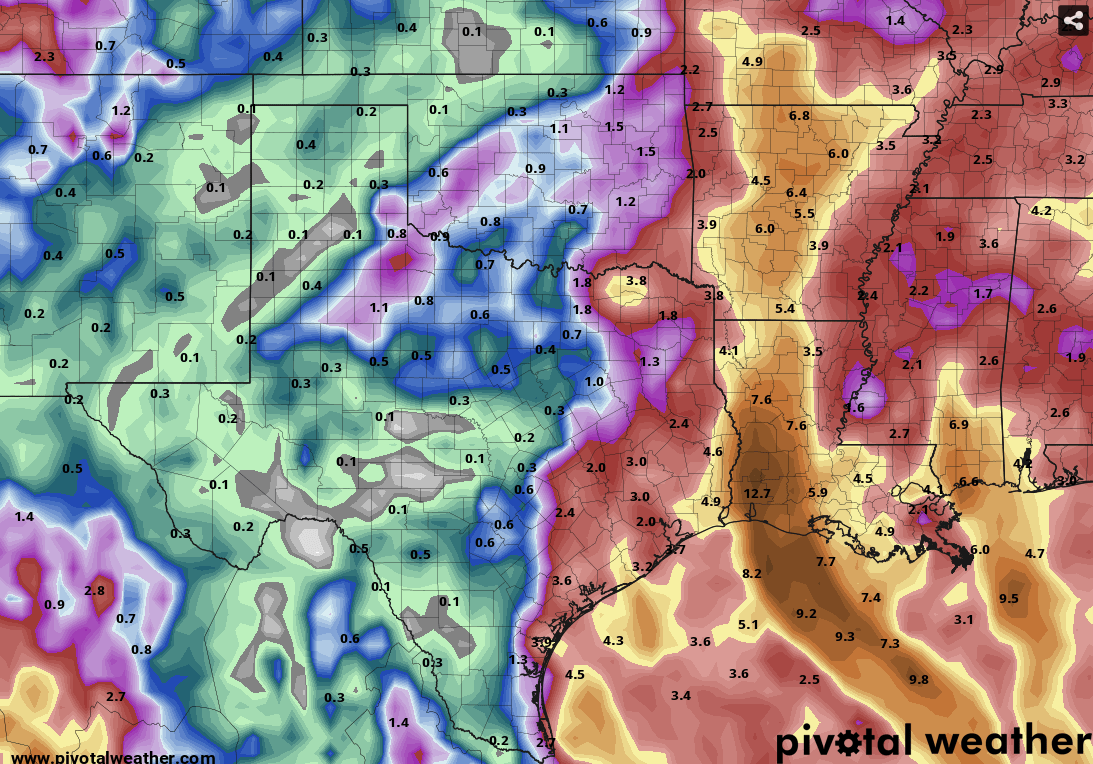 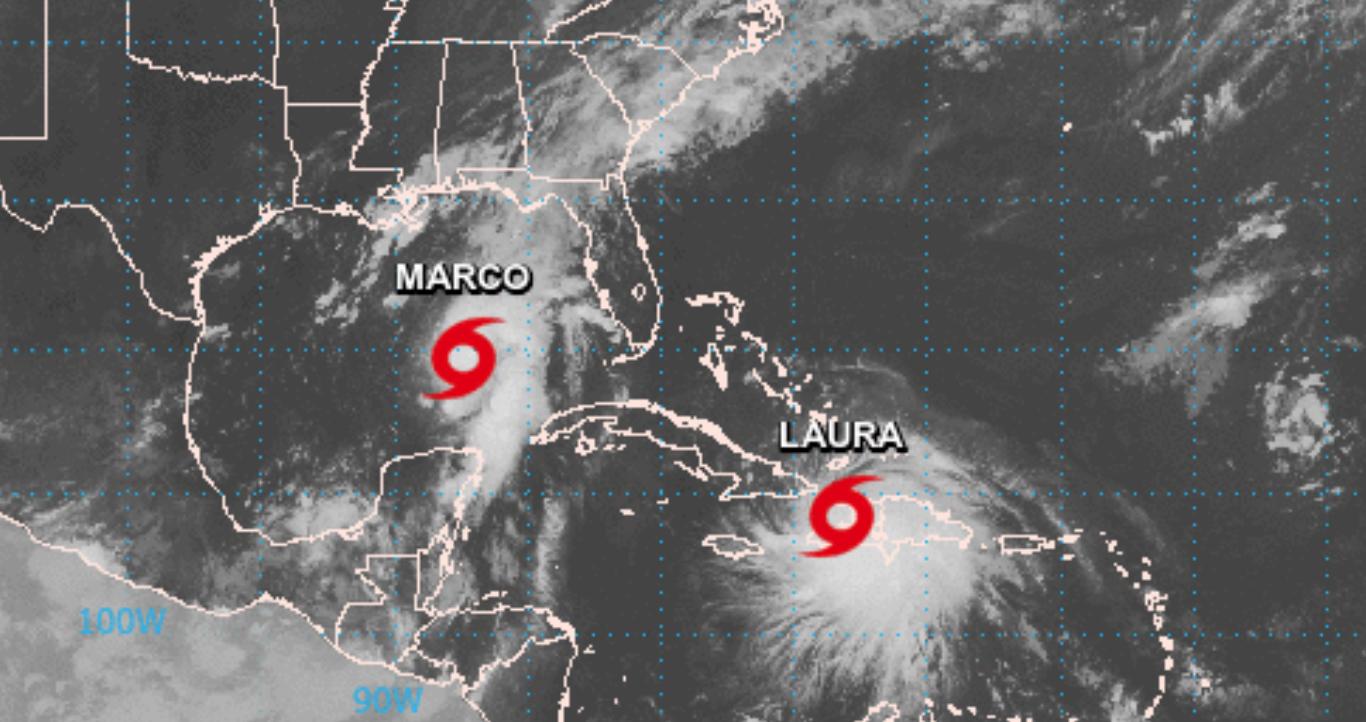