A derecho producing widespread damaging winds, some of which should be intense, is expected to persist and expand east from Iowa into parts of the Midwest through this evening. 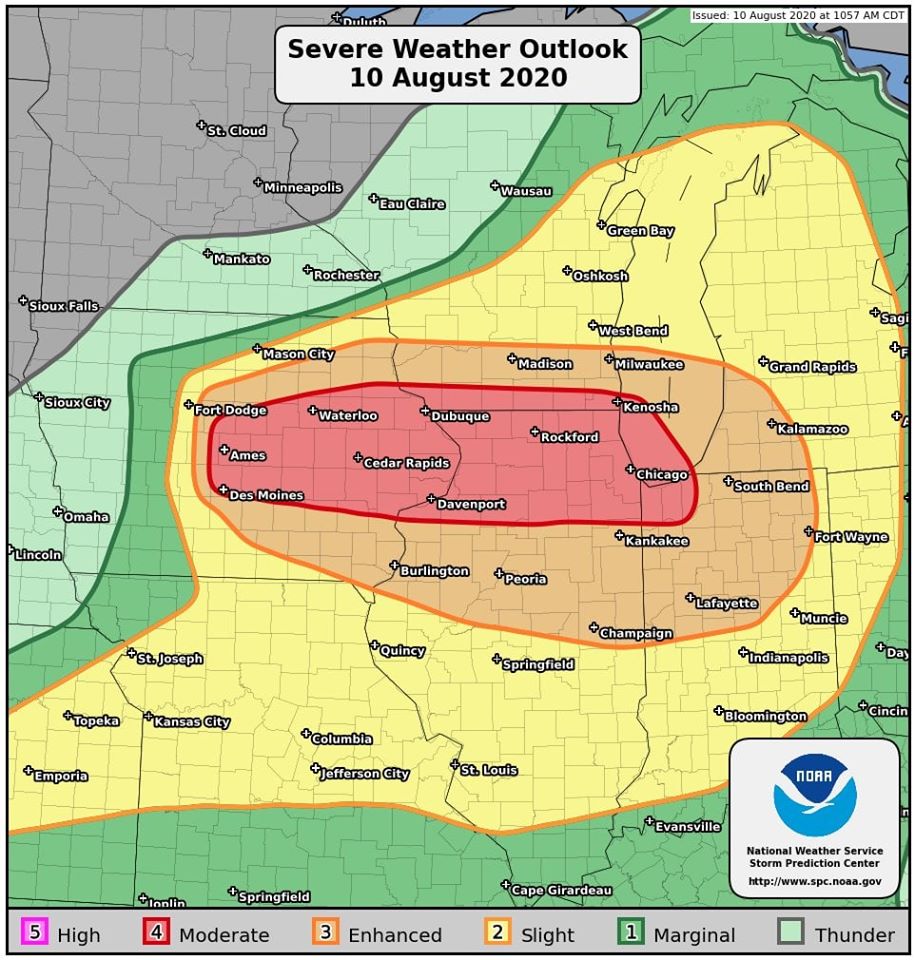 Effective this Monday morning and evening from 1125 AM until 700 PM CDT. 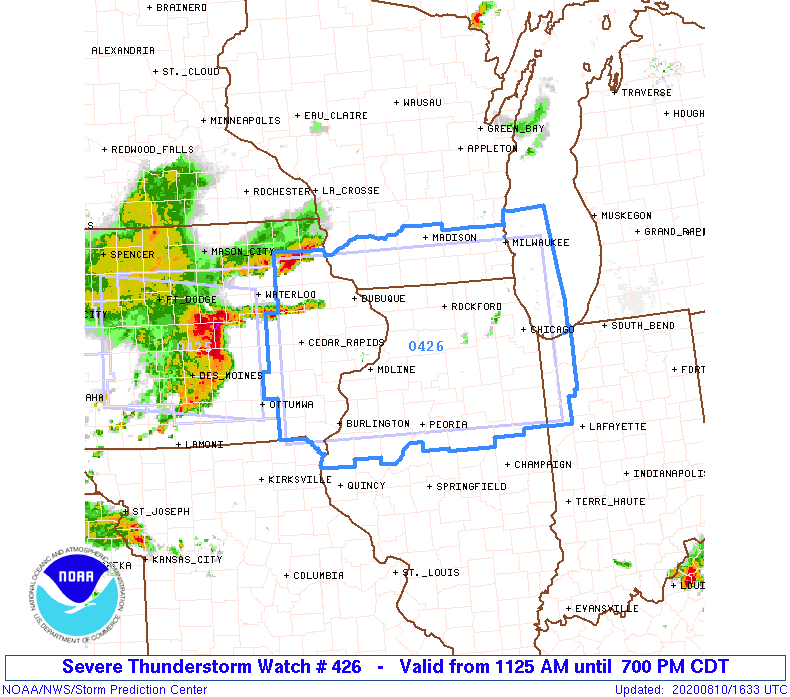 …THIS IS A PARTICULARLY DANGEROUS SITUATION…

A couple of tornadoes possible

A derecho will rapidly progress across eastern Iowa and northern Illinois this afternoon.

Widespread severe wind gusts, some of which should reach 80-100 mph are anticipated along the track of the bow.

The severe thunderstorm watch area is approximately along and 85 statute miles north and south of a line from 20 miles west southwest of Cedar Rapids IA to 75 miles south southeast of Racine WI.

YIKES! Strong damaging winds moved through the Grinnell, Iowa area this afternoon breaking this Power-poll over! 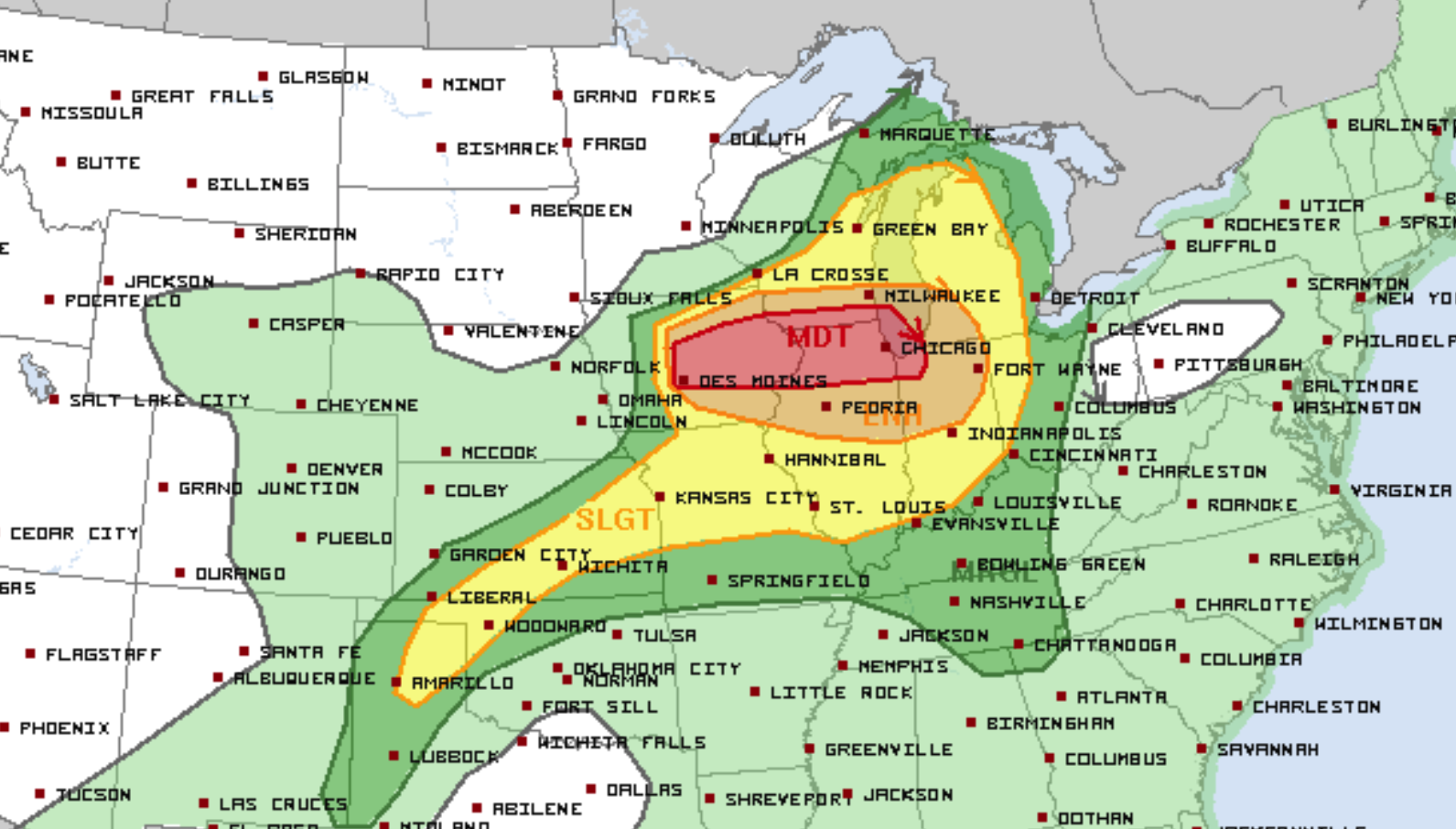 A swath of significant severe/damaging wind gusts appears likely across and to the east of the Des Moines metro area as of right now!

These very likely severe winds will move across the Des Moines metro area shortly, and they will be capable of producing widespread, destructive damaging winds of 70-80+ mph as the MCS races eastward at 50-60 kt. 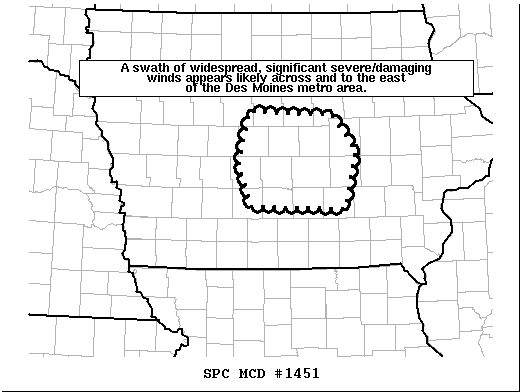 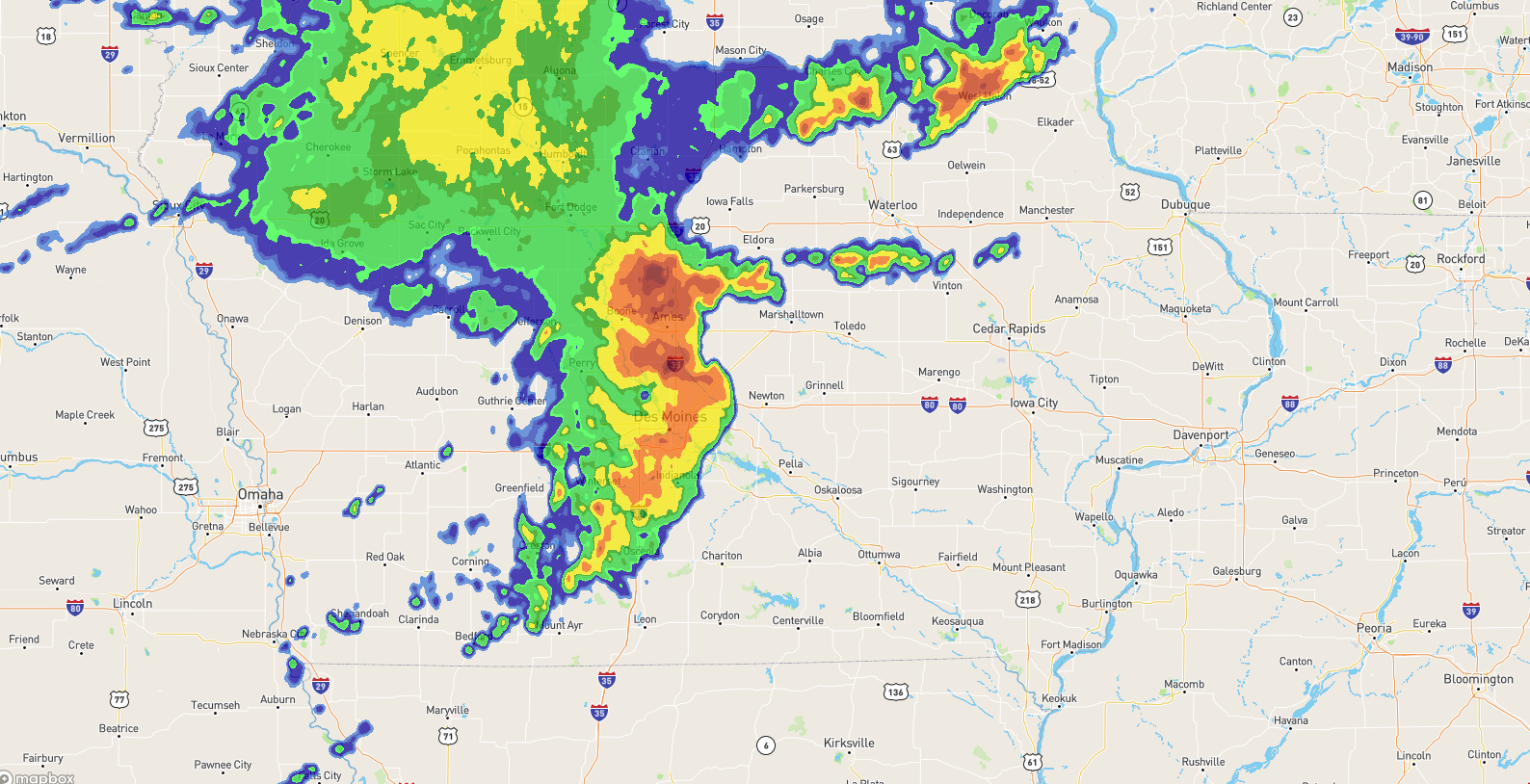 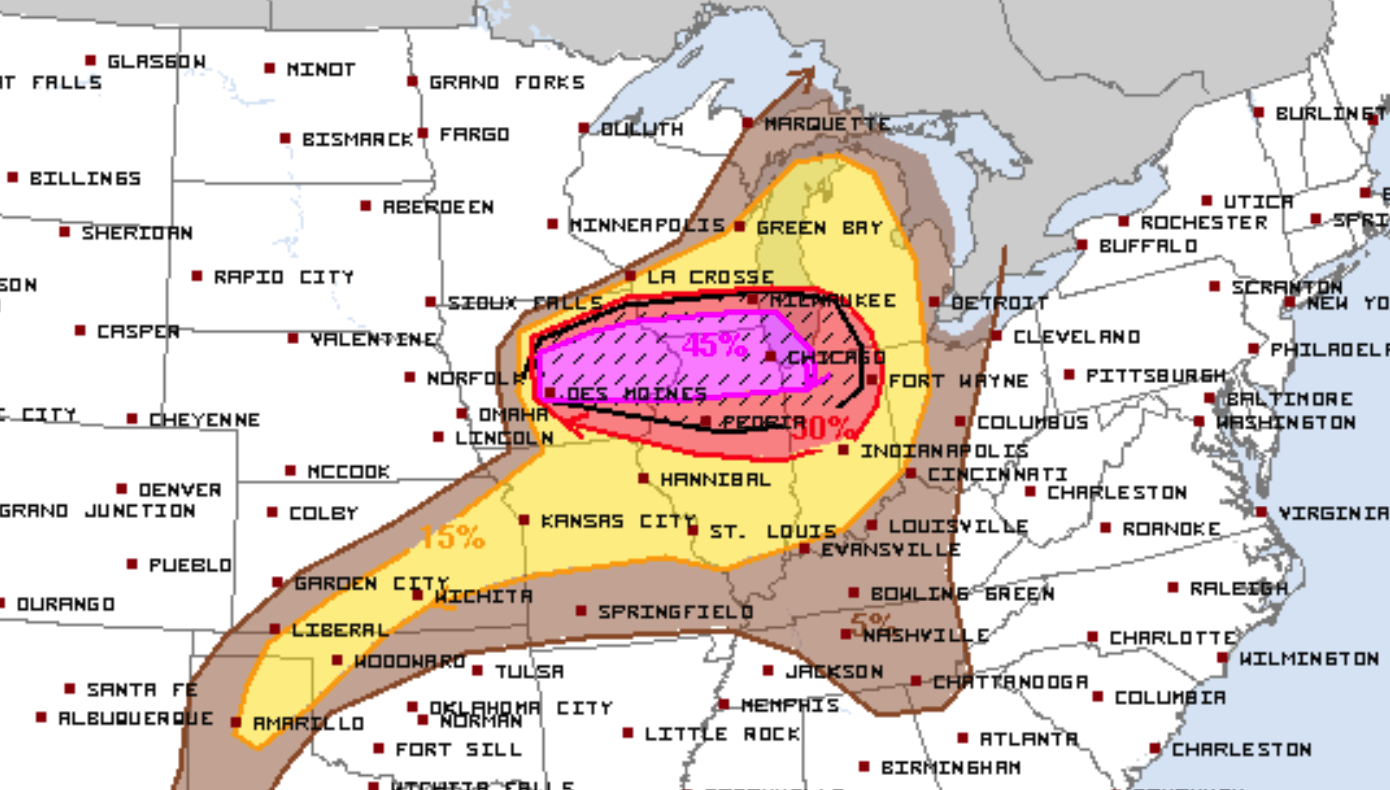 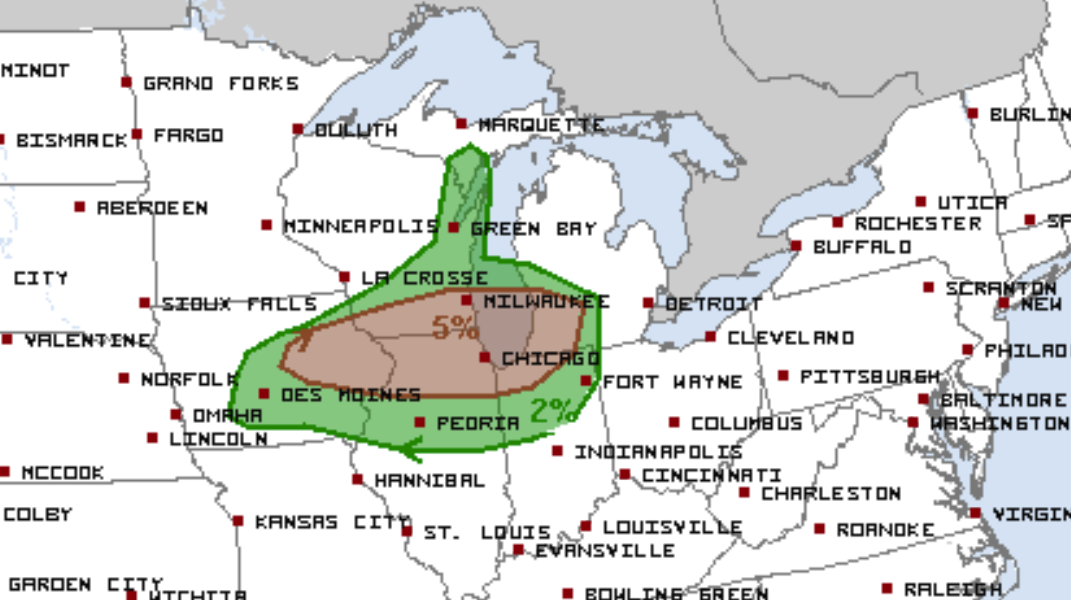 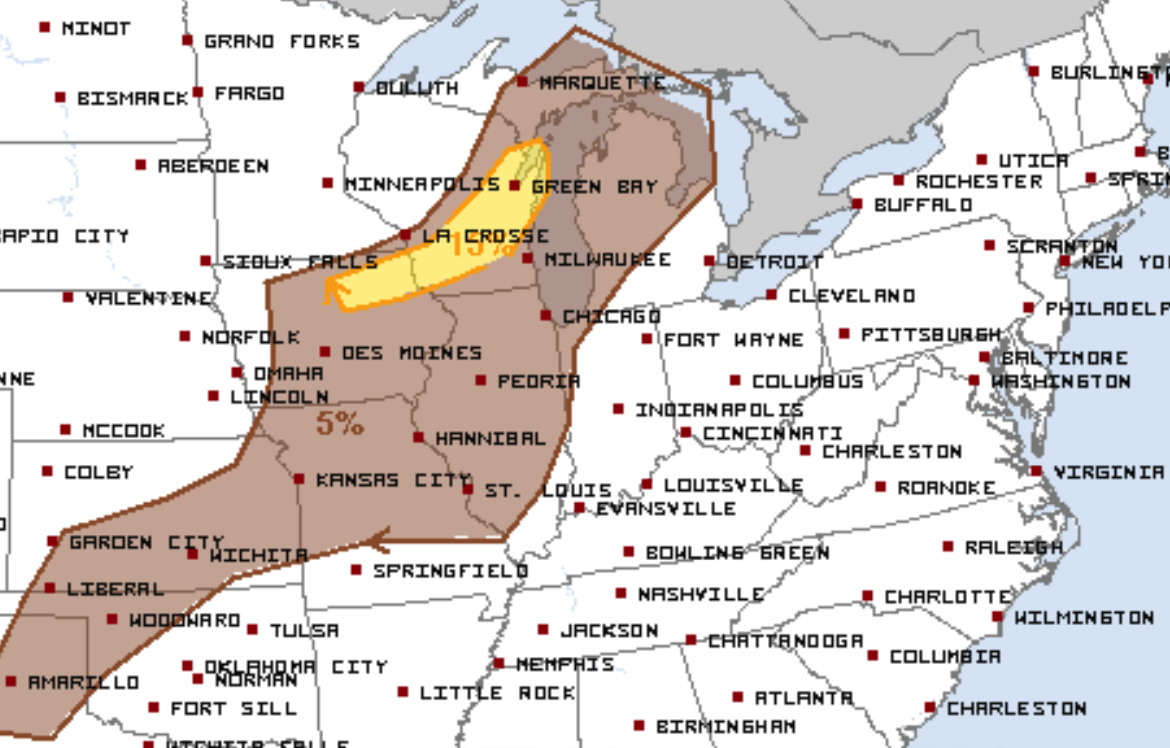 …IA to the Midwest…

A pair of impulses embedded within a shortwave trough over the Upper Midwest will rapidly progress east. A 50+ kt jetlet should persist from eastern SD into southern WI through the early evening. An intense MCS with a well-developed rear-inflow jet is ongoing to the south of the mid-level jet across central IA.

Very steep mid-level lapse rates around 9 C/km per 12Z OAX and DVN soundings along with robust boundary-layer heating ahead of it should support the maintenance of this MCS this afternoon.

On the fringe of the stronger mid-level westerlies, a pronounced bow should sweep eastward across eastern IA and the northern IA vicinity.

The MCS should enlarge as well as convection develops northeast along a surface front into southern WI.. 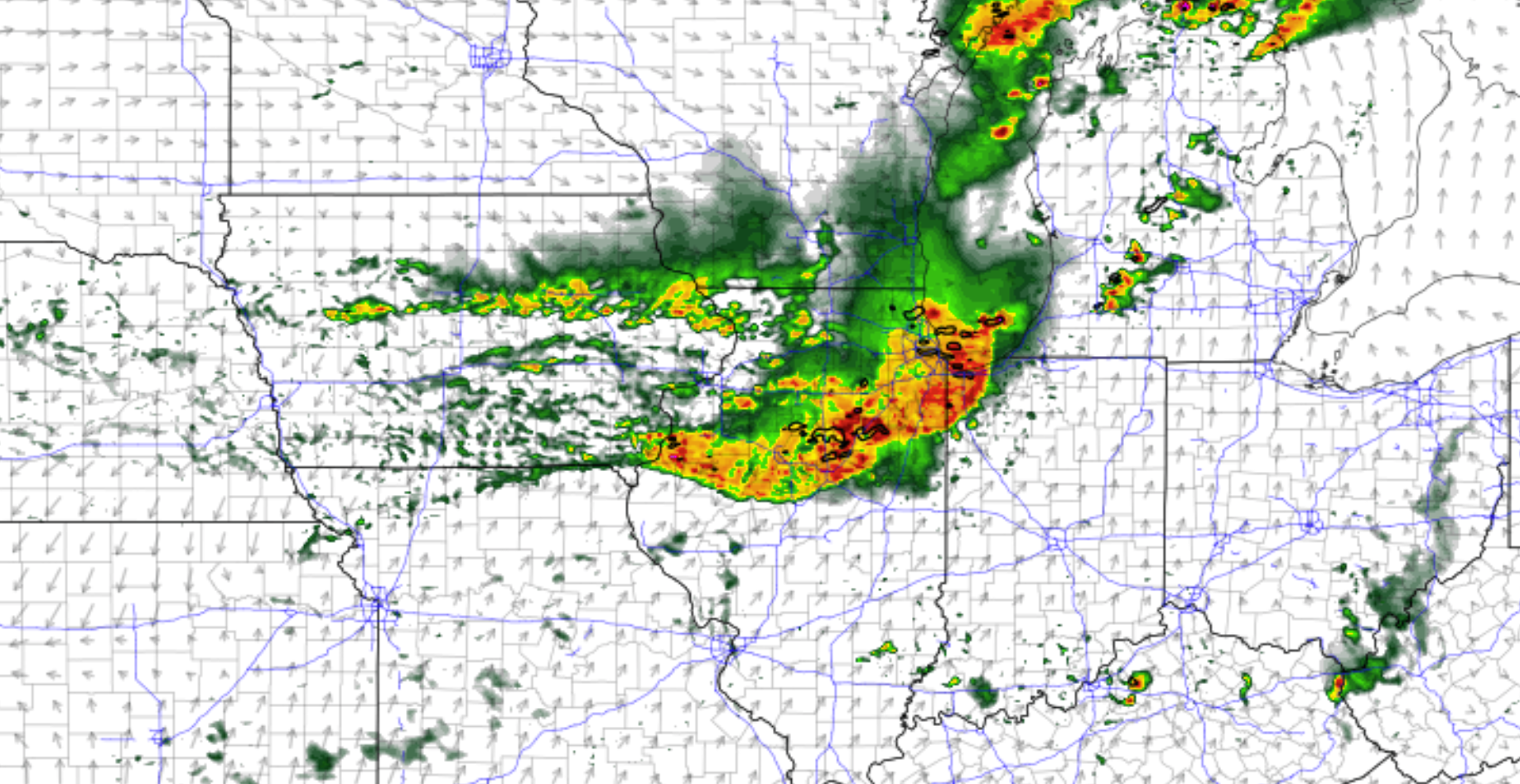 Given large buoyancy and steep low to mid-level lapse rates within the gradient of moderate to strong mid-level westerlies, potential will exist for a derecho with intense severe gusts and widespread wind damage across parts of central to eastern IA into northern IL and far southern WI.

The MCS will likely persist east into Lower MI and IN while developing southwestward into a high MLCAPE environment to the southwest in central and southern IL.

While deep-layer shear will drop off with southern extent and steeper lapse rates with eastern extent, a severe risk mainly in the form of damaging winds will probably continue on a more scattered basis this evening in the Midwest before eventual decay tonight.

…MO to the TX Panhandle..

Pockets of strong surface heating will result in a plume of large buoyancy ahead of a southward-moving cold front. 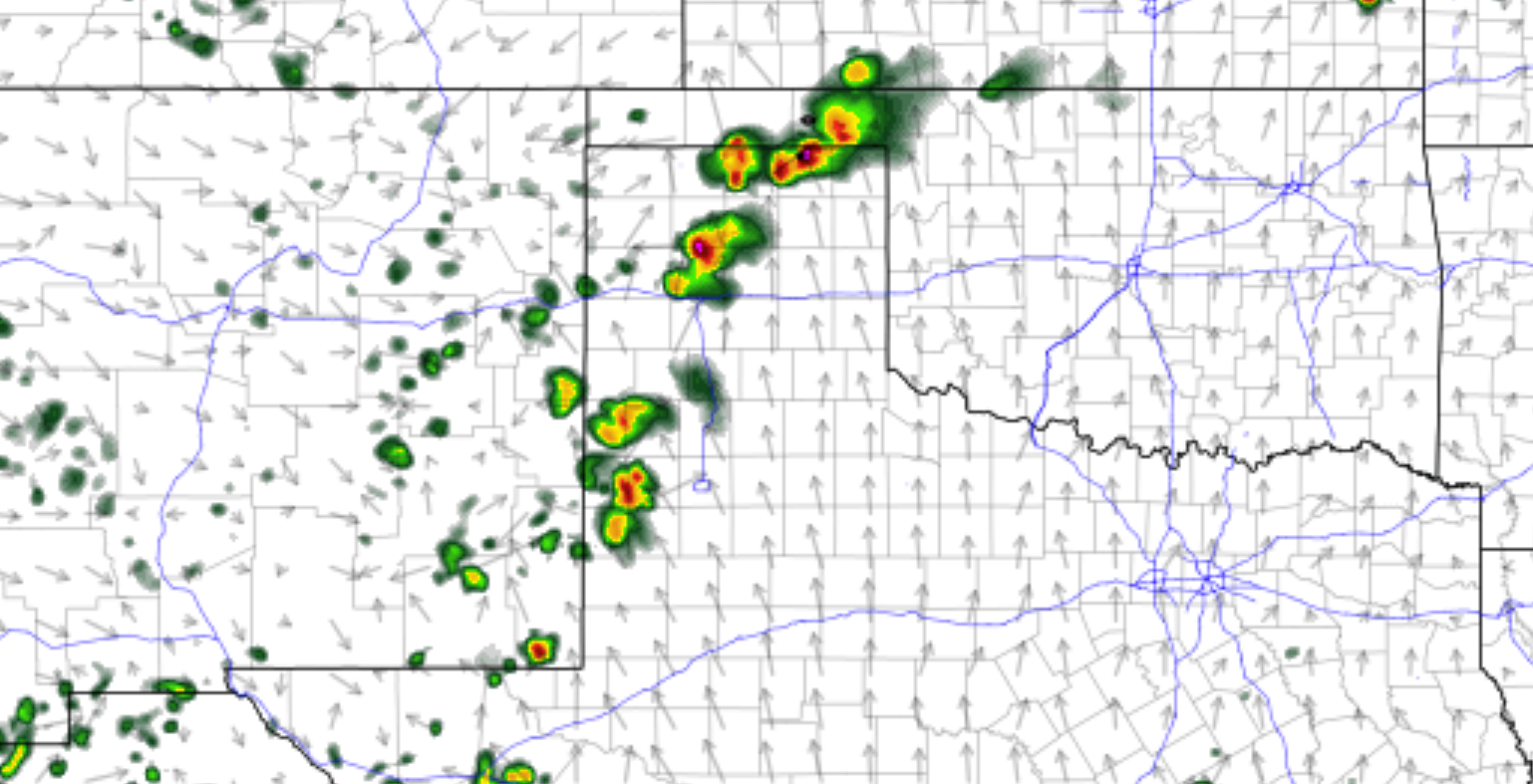