Severe thunderstorms with considerable potential for producing damaging wind gusts and a few tornadoes are likely across much of the southern through mid Atlantic Coast region, particularly across the Carolinas into southern/central Virginia this afternoon and evening.

Severe thunderstorms will be most numerous this afternoon and evening in parts of Virginia and the Carolinas. The main severe weather impact in these areas will be destructive straight-line thunderstorm winds, with gusts that may top 70 mph. 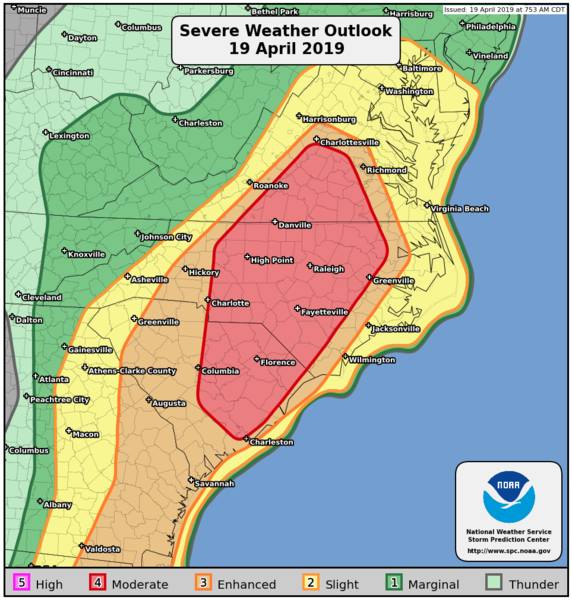 This damaging wind threat prompted the issuance of a moderate risk of severe thunderstorms by NOAA’s Storm Prediction Center, the second highest level on their severe outlooks, the first moderate risk in the eastern Carolinas in over three years.

[4am Friday] Overnight, the @NWSSPC has upgraded all of central #NCwx to a Moderate Risk (4 of 5) for severe weather today. This is the first moderate risk for our area in three years (since Feb 24th, 2016), which highlights just how dangerous today could become. More soon… pic.twitter.com/Dz1OamIsLR

There may also be supercell thunderstorms ahead of the main squall line that could spawn tornadoes in that zone from southern Virginia to South Carolina, as well as damaging wind gusts.

The severe weather threat will extend as far north as parts of the mid-Atlantic states and will also sweep through the Florida Peninsula.

This damaging-wind threat may persist into Friday night from New Jersey to the Delmarva Peninsula, North Carolina’s Outer Banks and South Florida until it moves offshore by early Saturday morning. 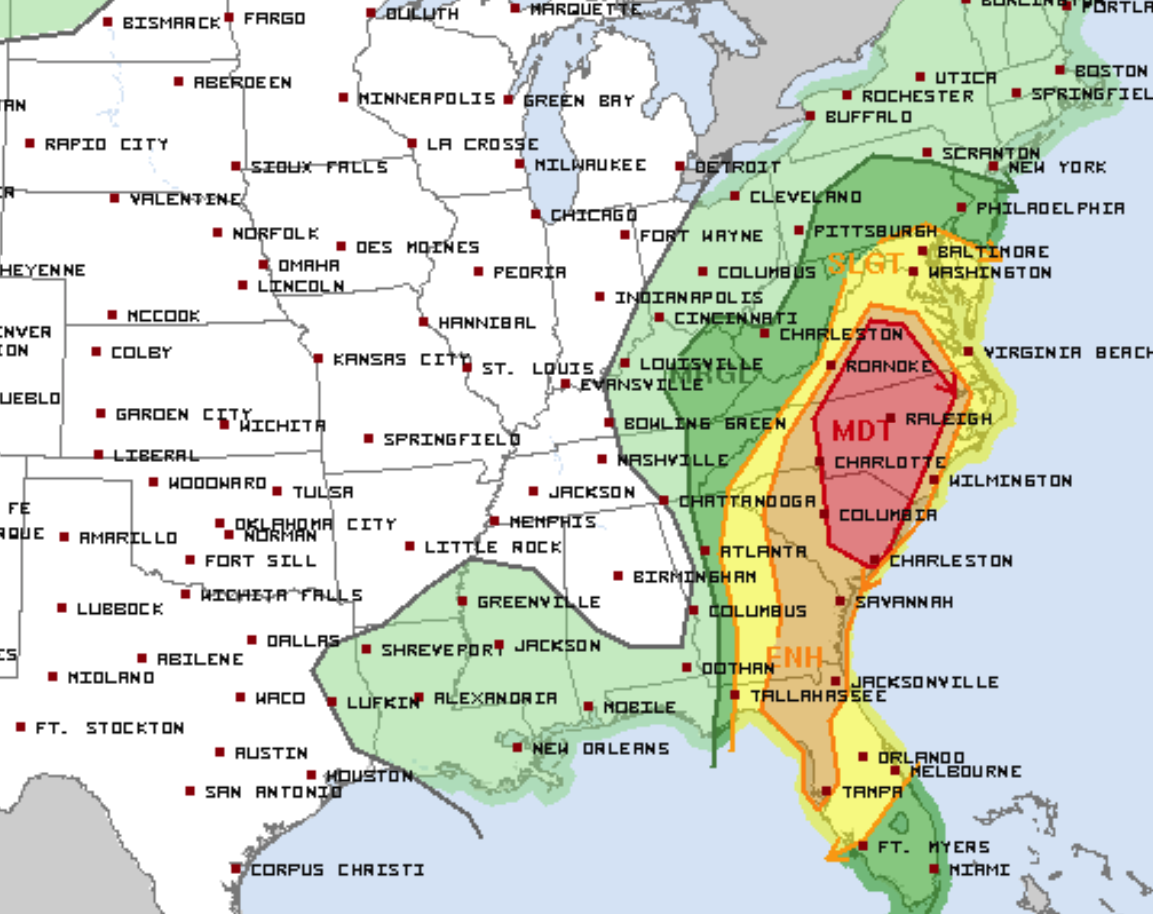 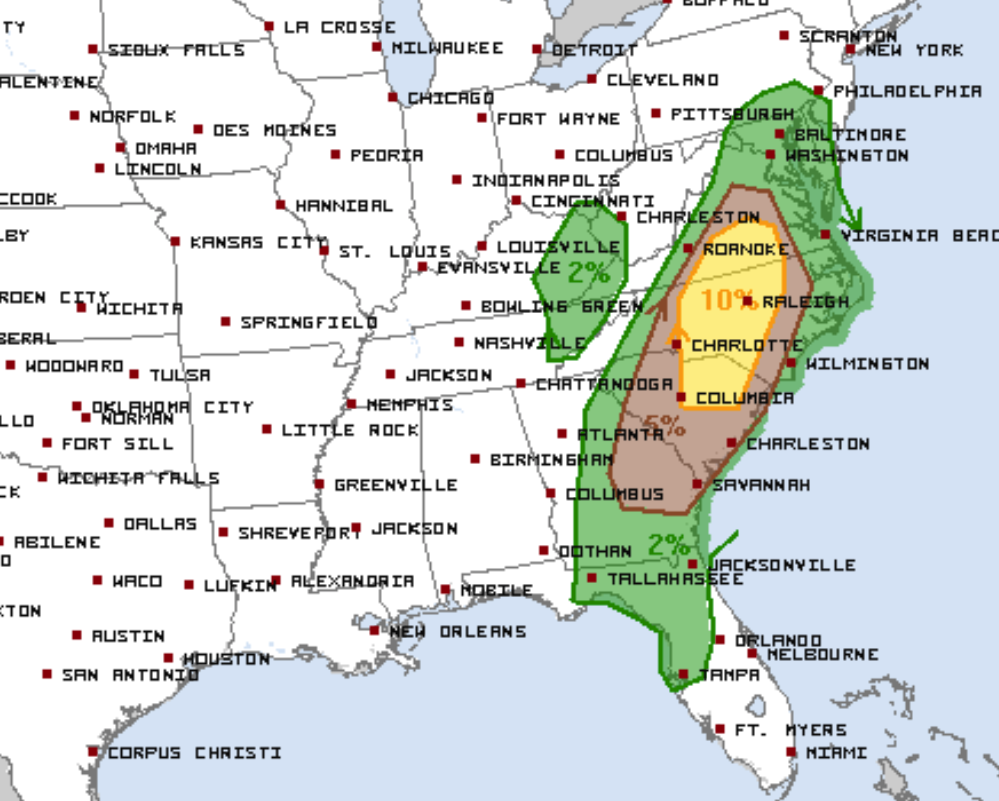 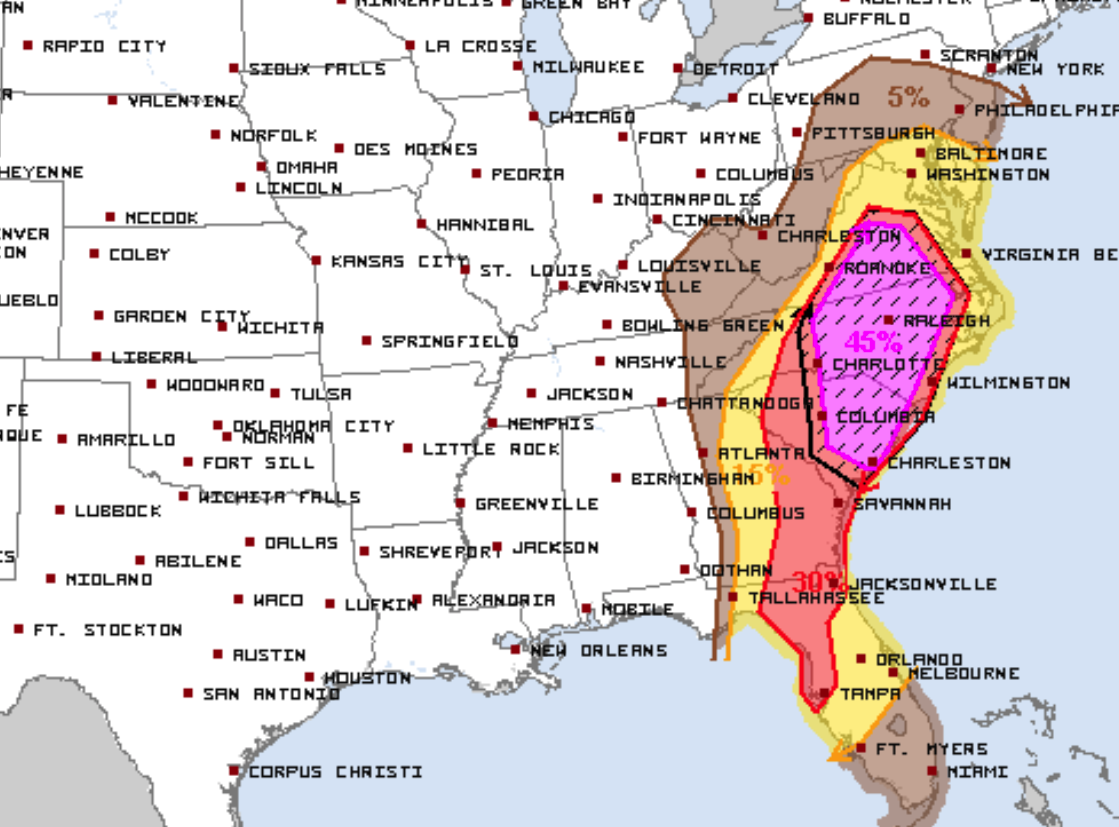 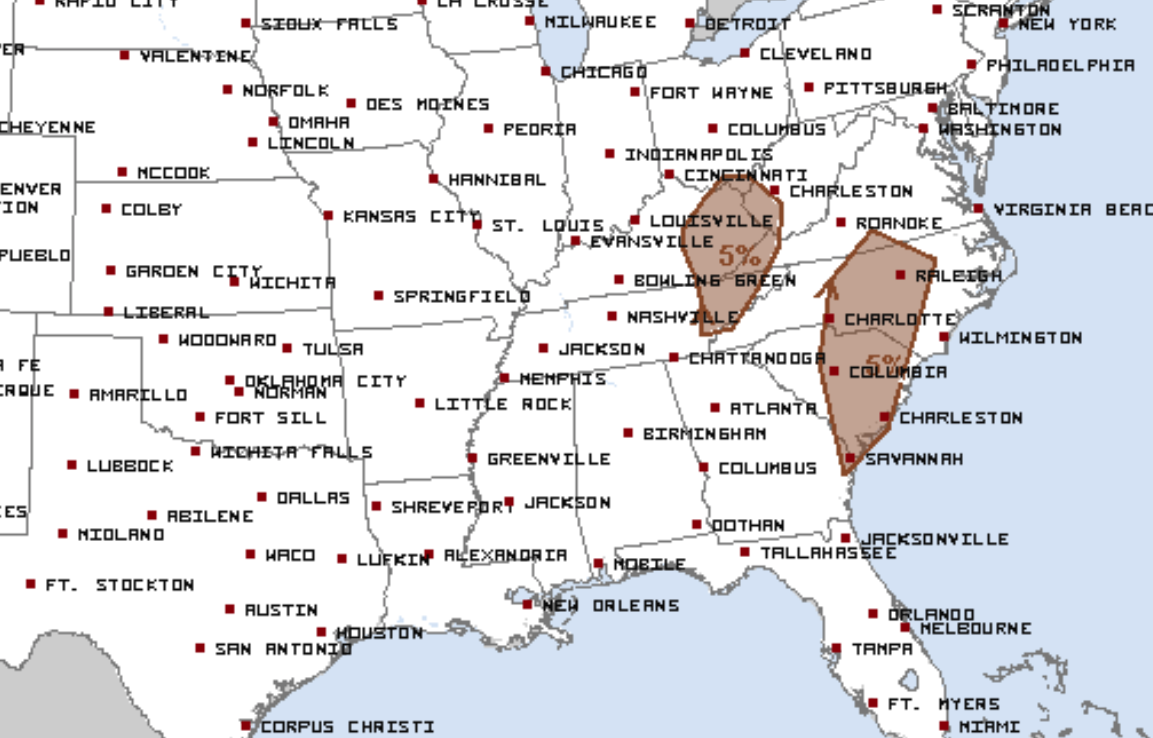