Severe storms are expected Saturday morning and afternoon from eastern OK and Texas into the lower/mid Mississippi and lower Ohio Valleys. Damaging wind, hail and a few tornadoes are possible. Because of the warm front trending north would could a shift in the new outlooks by tomorrow AM!

“There is an Enhanced risk of severe storms Saturday morning into the afternoon hours across portions of eastern AR/southeast MO into far southern IL/western KY, western TN and far northwest MS. Scattered severe storms capable of damaging winds, hail and tornadoes will be possible. A larger area of more isolated severe thunderstorm potential will encompass much of the Ozarks into the Ohio and Tennessee Valley from early Saturday morning into Saturday evening” 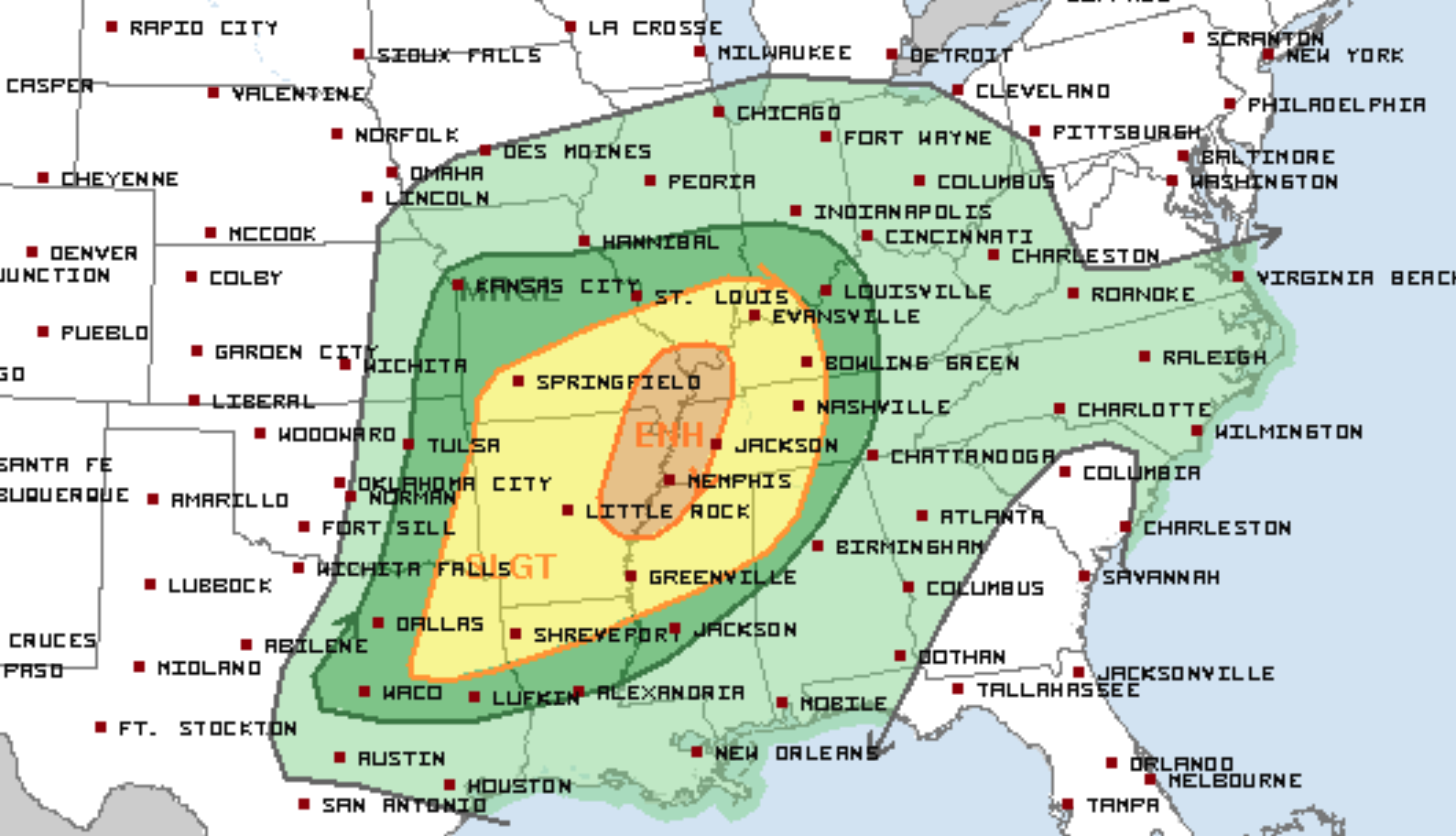 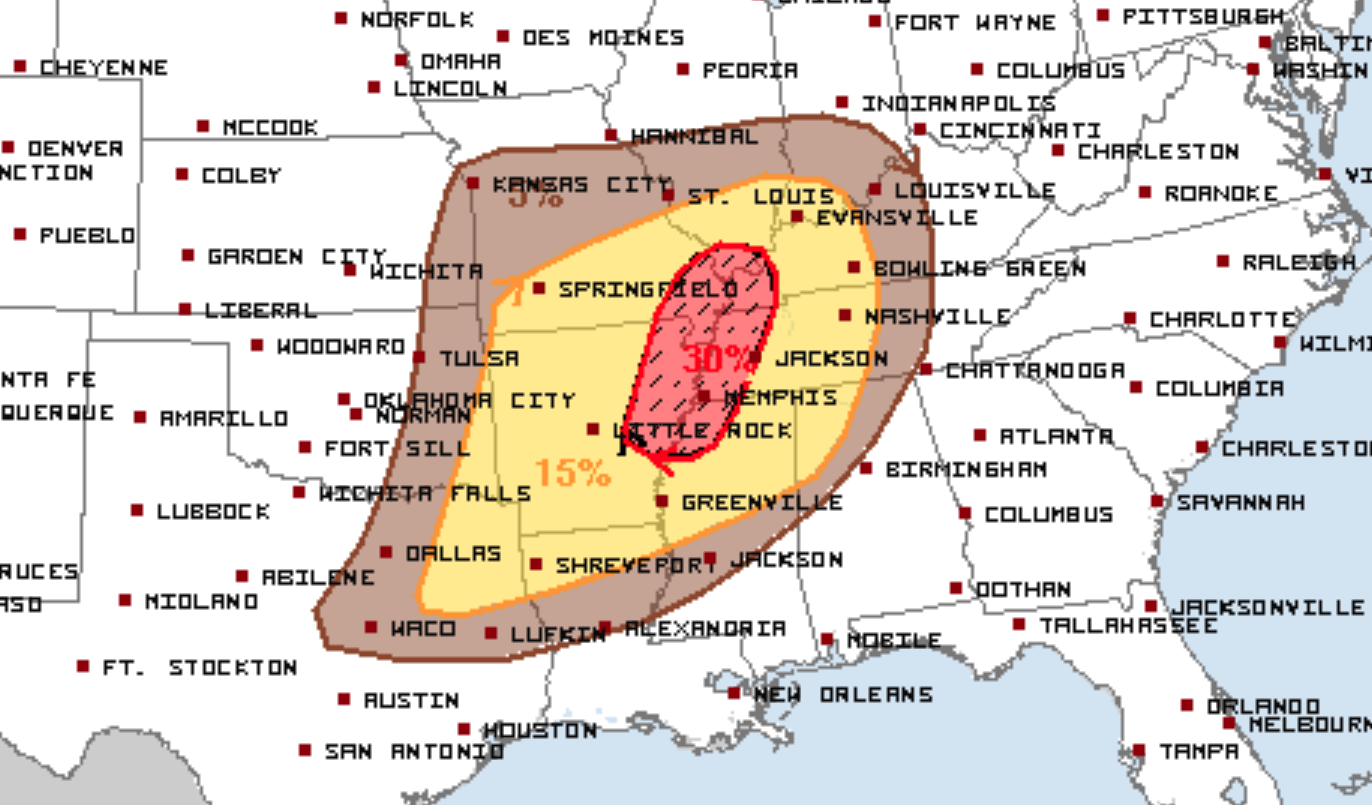 Complicated forecast scenario exists for Saturday morning into afternoon across the region. An intense shortwave trough located over the southern Plains Saturday morning will quickly eject northeast toward the mid-MS Valley region by 00z. As this occurs, subsidence on the back side of the wave and midlevel dry-slot will move over portions of the lower MS Valley region, perhaps limiting convective development from midday into the afternoon. Additionally, stronger forcing for ascent will quickly shift northeast toward the mid-MS/Lower OH Valleys by midday.

Additionally, widespread showers and thunderstorms, will be ongoing at the beginning of the period across much of the warm sector. Some strong to severe storms are possible early from far eastern OK/TX, spreading east/northeast through the morning. As such, several flies in the ointment exist regarding where the greater severe threat will materialize.

Given expected ongoing convection and widespread cloud cover across the warm sector, destabilization will be limited to generally 1000 J/kg or less, with the axis of greatest instability expected from late morning into early afternoon across the MS River Delta region of eastern AR into far northwest MS/western TN and the MO Bootheel/far western KY vicinity, and the Enhanced risk area has been focused in this corridor.

With the shortwave expected to quickly eject northeastward, stronger forcing for ascent is expected to exist further north than previously forecast. As such, a more isolated to widely scattered severe threat is expected across much of east TX into MS, and severe probs have been shifted northward to reflect this. Guidance continues to suggest a couple of waves of severe storms are possible.

The initial morning convection associated with the strong low level jet and warm advection regime is expected to move across much of the lower MS Valley by midday. Guidance then suggests another round of convection will develop along the cold front during the afternoon from southern MO into northern AR, and perhaps more isolated development further south into northern AR and central MS.

This semi-discrete convection will have the potential for damaging winds, hail and a few tornadoes through the afternoon hours. Some upscale growth into bowing line segments is expected with eastward extent into the lower OH and TN Valley late in the afternoon and evening hours.