Thunderstorms should produce large hail, damaging wind and a few tornadoes this afternoon over parts of southeastern New Mexico and far west Texas.

The threat will transition mostly to the severe winds as a complex of storms crosses west-central Texas tonight.

As the day progress on, this system with drift eastward impacting the southern portion of the US into Wednesday and Thursday where there has already been a slight risk issued for both days!

There is an enhanced risk issued for today with the threat of damaging winds and a few tornadoes! 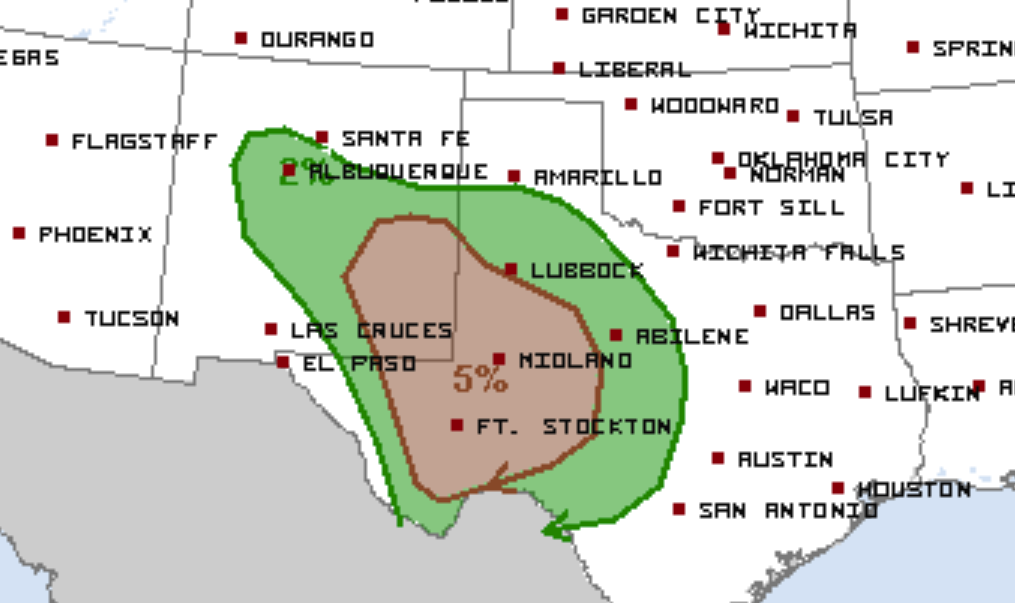 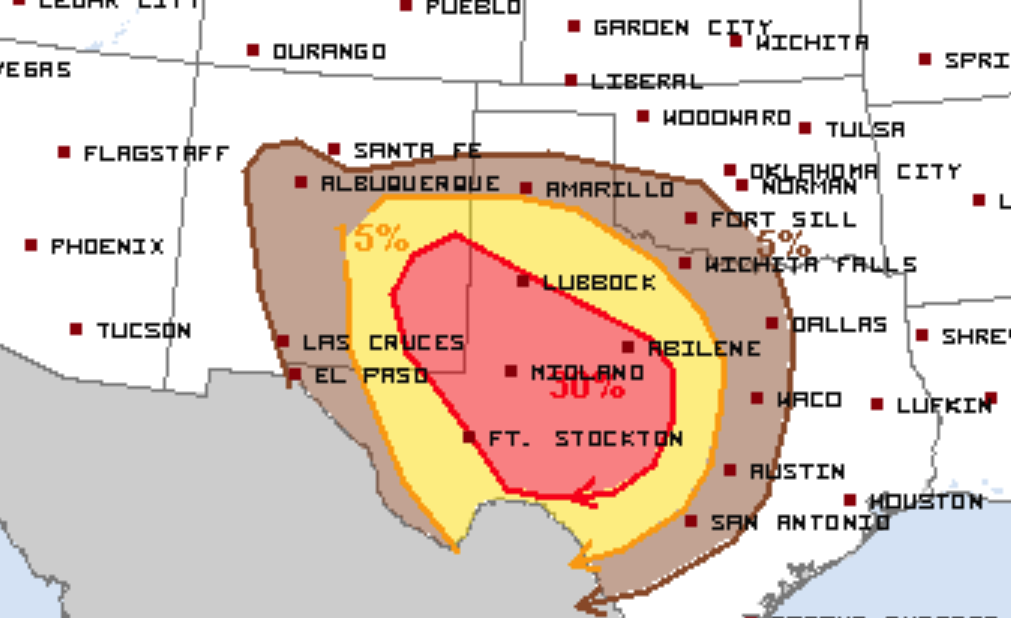 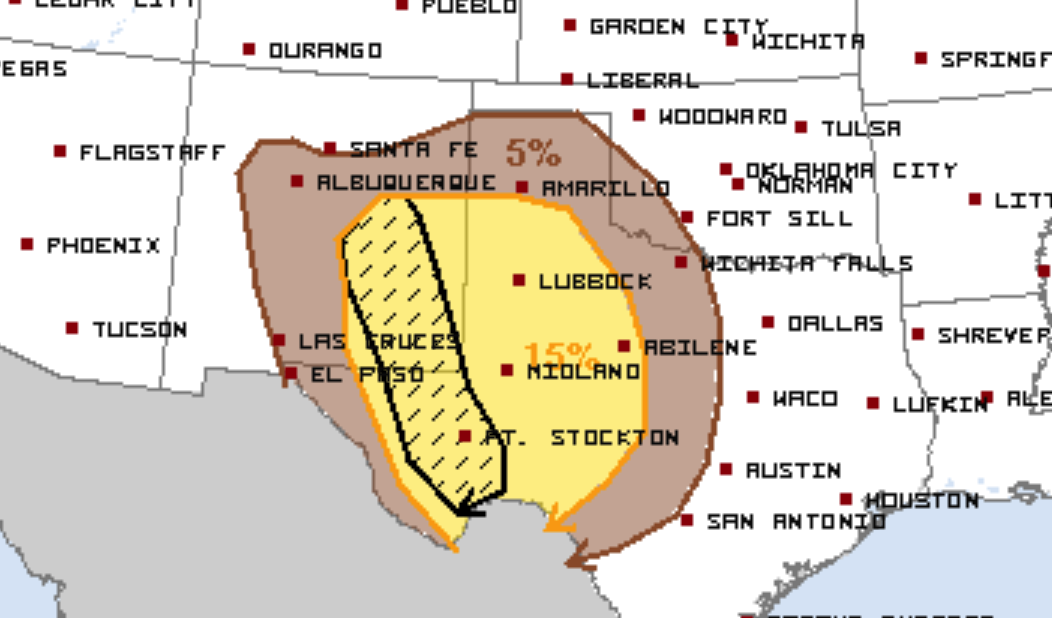 Surface-based thunderstorms are expected to develop initially in mid/late afternoon in a broken arc from central/northwestern NM (where instability will be weak) to higher terrain from south-central/southeastern NM in far west TX (Guadalupe/Davis/Chisos Mountains and vicinity).

Initially, some of this activity should be discrete, yielding fast-moving supercells, some leftward/ anticyclonic, with large hail. Potentially significant and destructive hail over 2 inches in diameter is possible over the newly outlined area, given the strong shear, early supercell modes, steep low/middle-level lapse rates, and favorable inflow-layer water content. A few tornadoes also are possible, along with severe gusts.